The daughter of Elrond comes with a detail design dark blue robe with silk underlining and adorn with corset drawstring tied by the metal medallion buckle. The hairstyle is part sculpted, part rooted, both having the braidings as worn by actress Liv Tyler in the film.
The body is equipped with parted boots and strong ankle joint for better posing possibilities. The signature weapon Hadhafang used to protect Frodo is made in diecast for a more realistic look.

Features:
· An authentic likeness of character from the film.
· Four pairs of exchangeable gloved hands

Special features in weapons:
· One die-cast Hadhafang
. One sheath 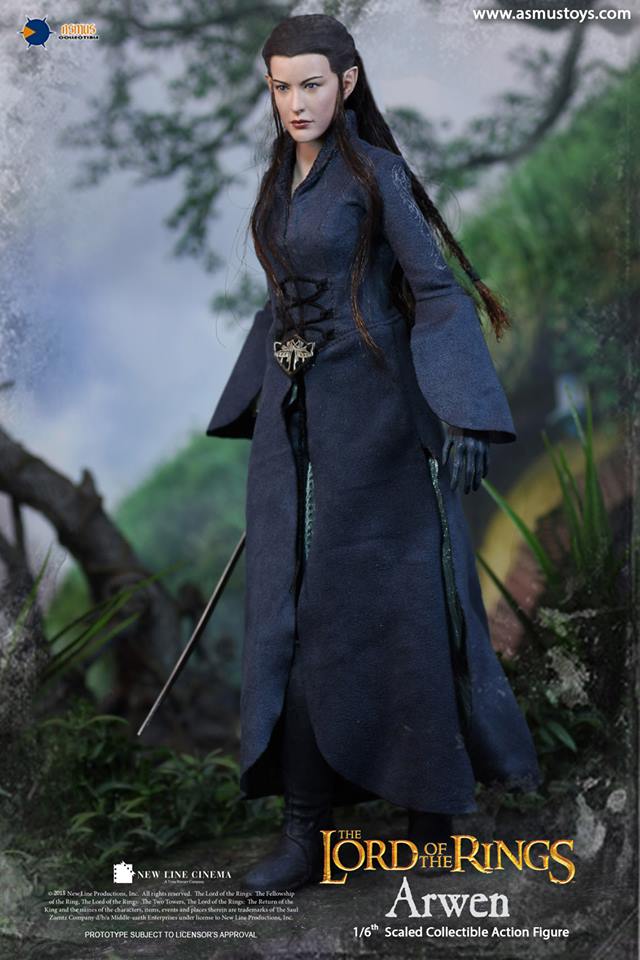 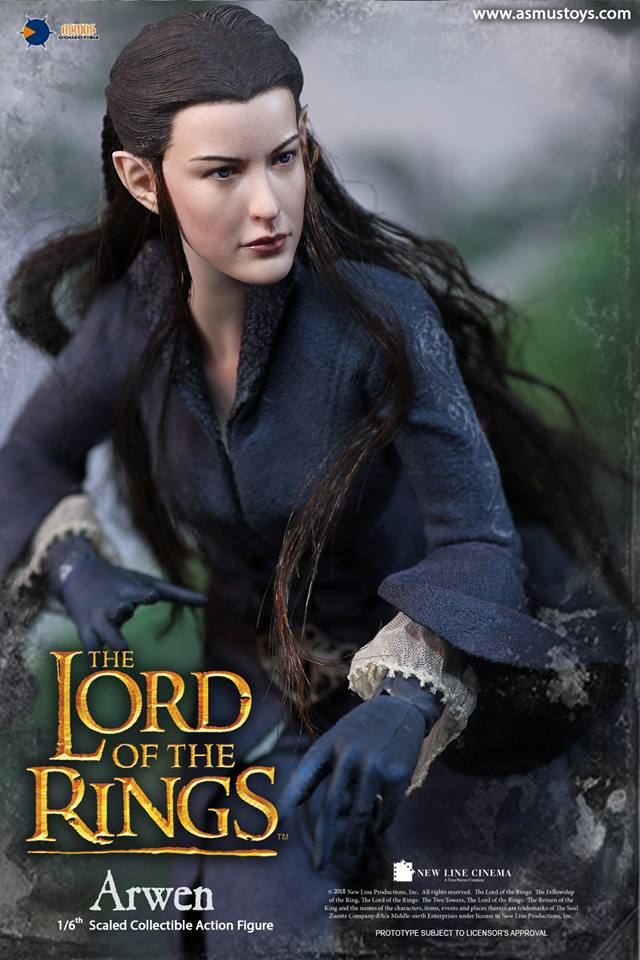 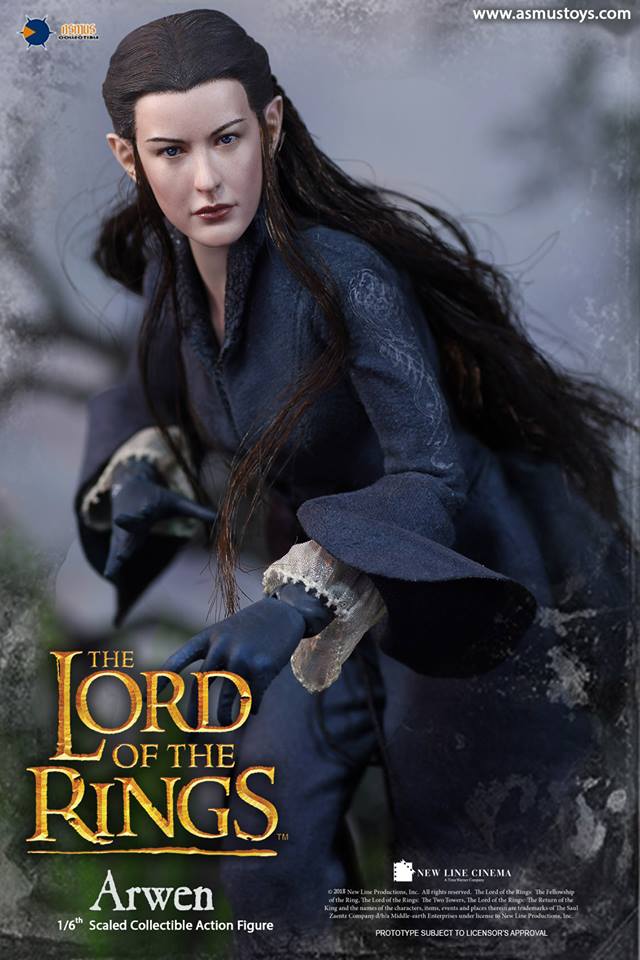 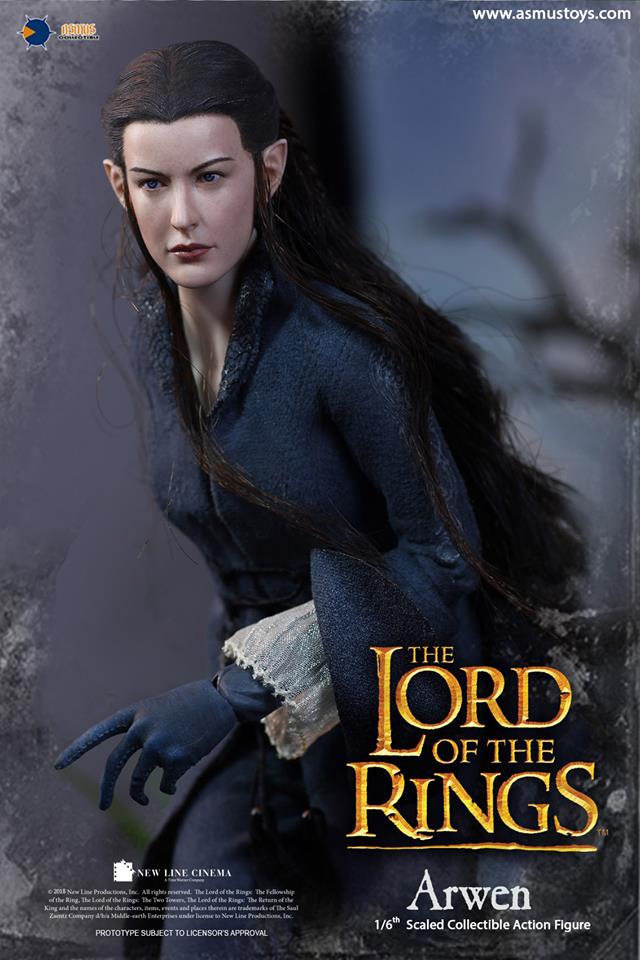 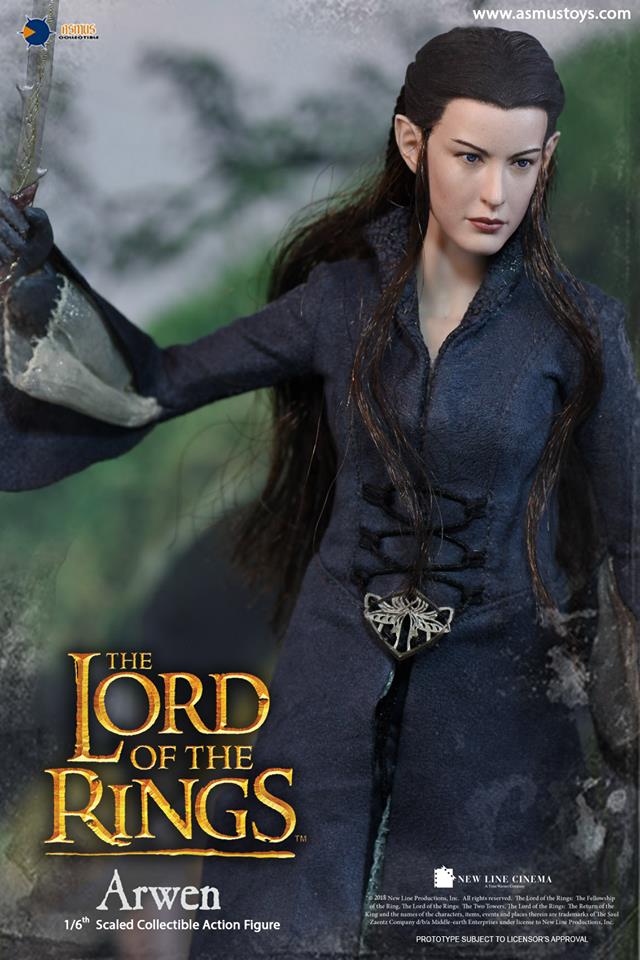 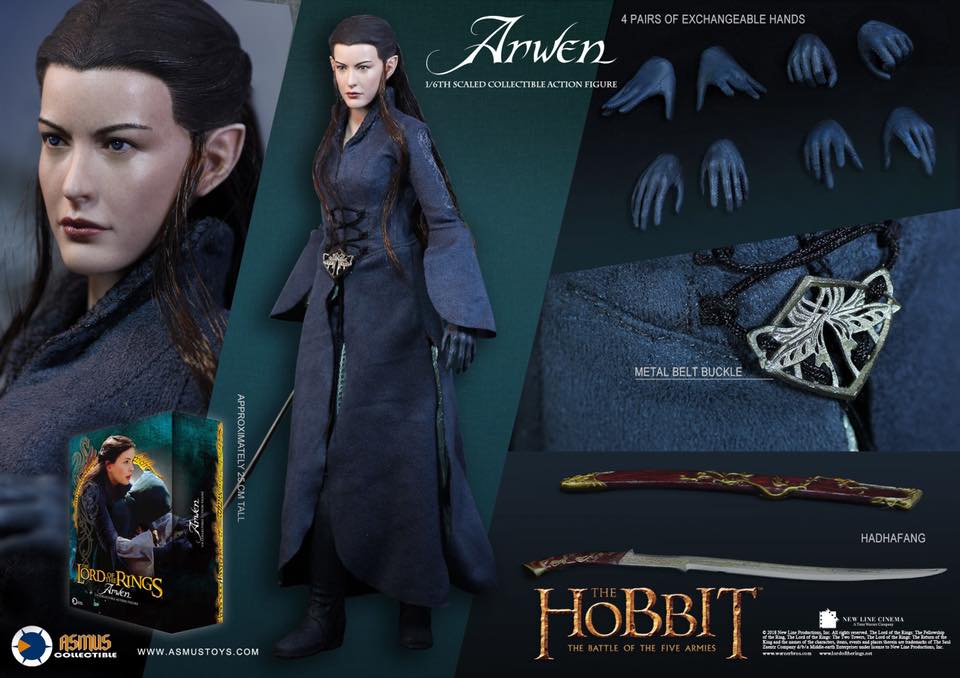 Asmus Toys: The Mouth of Sauron (Lord of the Rings)

Asmus Toys: Gandalf the Grey (Lord of the Rings)