Altaïr, a Syrian assassin of the Middle Ages, earned the title of Master Assassin at age 25. He was tasked to destroy the nine-men Templar Order in the Holy Land. During the year-long task, Altaïr gradually changed his ways and liberated the Kingdom from their corrupted rule, but discovered an even more sinister conspiracy as the mission progressed. Upon killing the nine men and the Assassins’ traitor, then Mentor Al Mualim, Altaïr became Mentor, taking the Assassins to a new era.

Damtoys has specially chosen to use a 31cm tall, highly poseable body based on the CG character’s shape and proportion. In addition, it has an all-new head sculpt crafted based on the character’s facial expression to capture his aloofness and scarred lips, a carefully created long all-white Assassin robes and an equipment kit. The wide array of weapons and accessories includes a longsword, a short blade, four throwing knives (waist), five daggers (back sheath), iconic Hidden Blade, multiple pairs of interchangeable hands with missing ring finger and a dedicated stone brick design figure stand with the game logo printed. 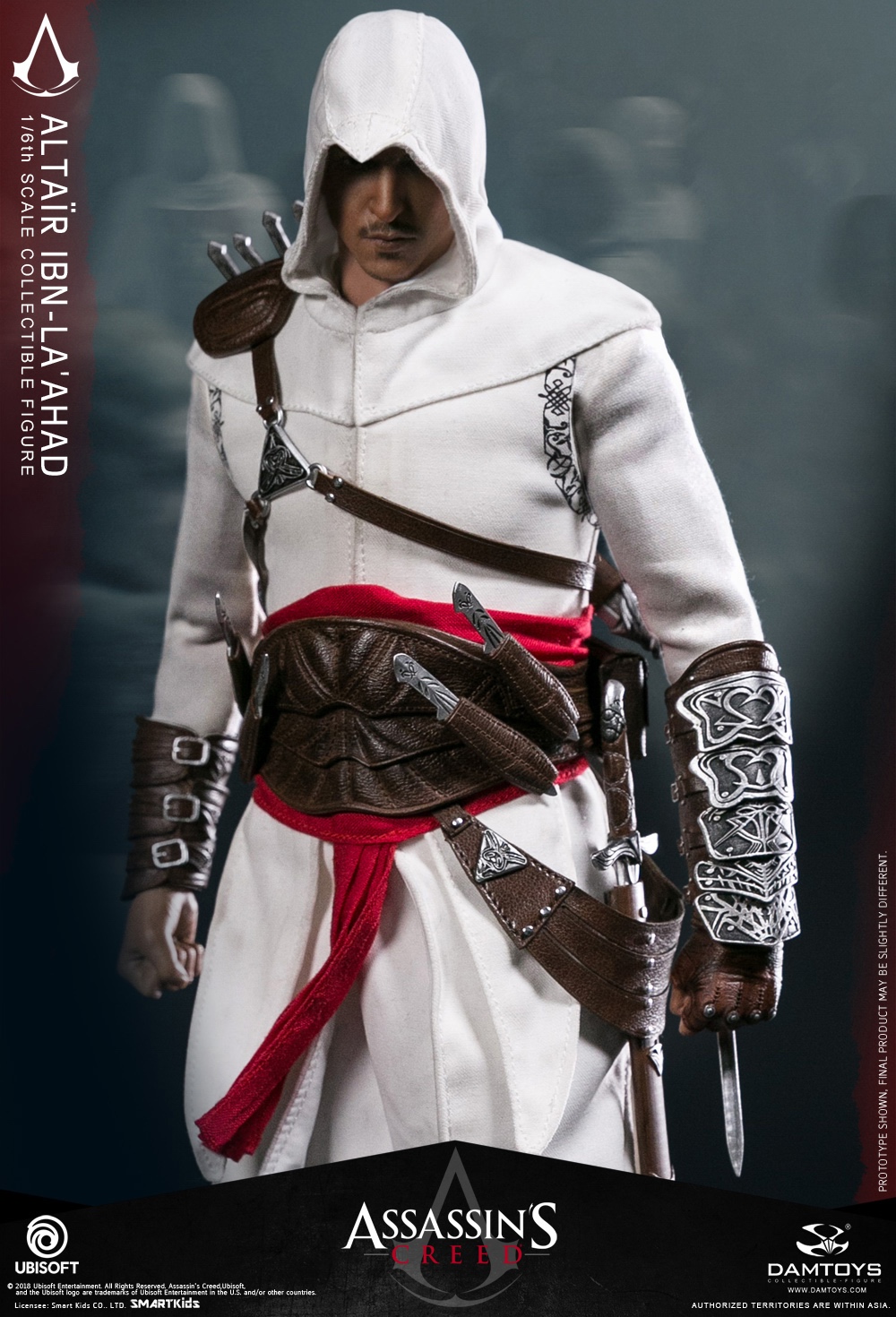 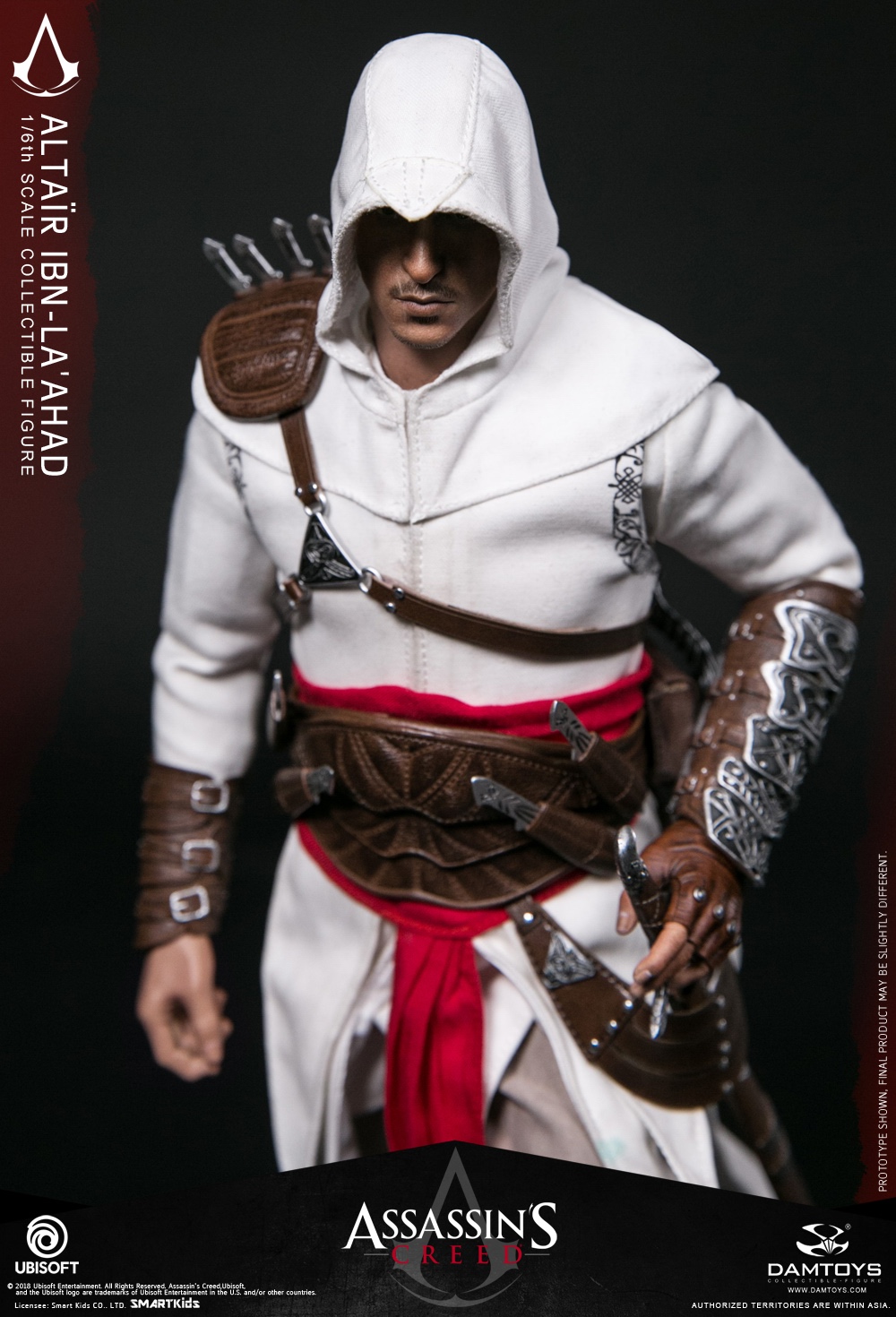 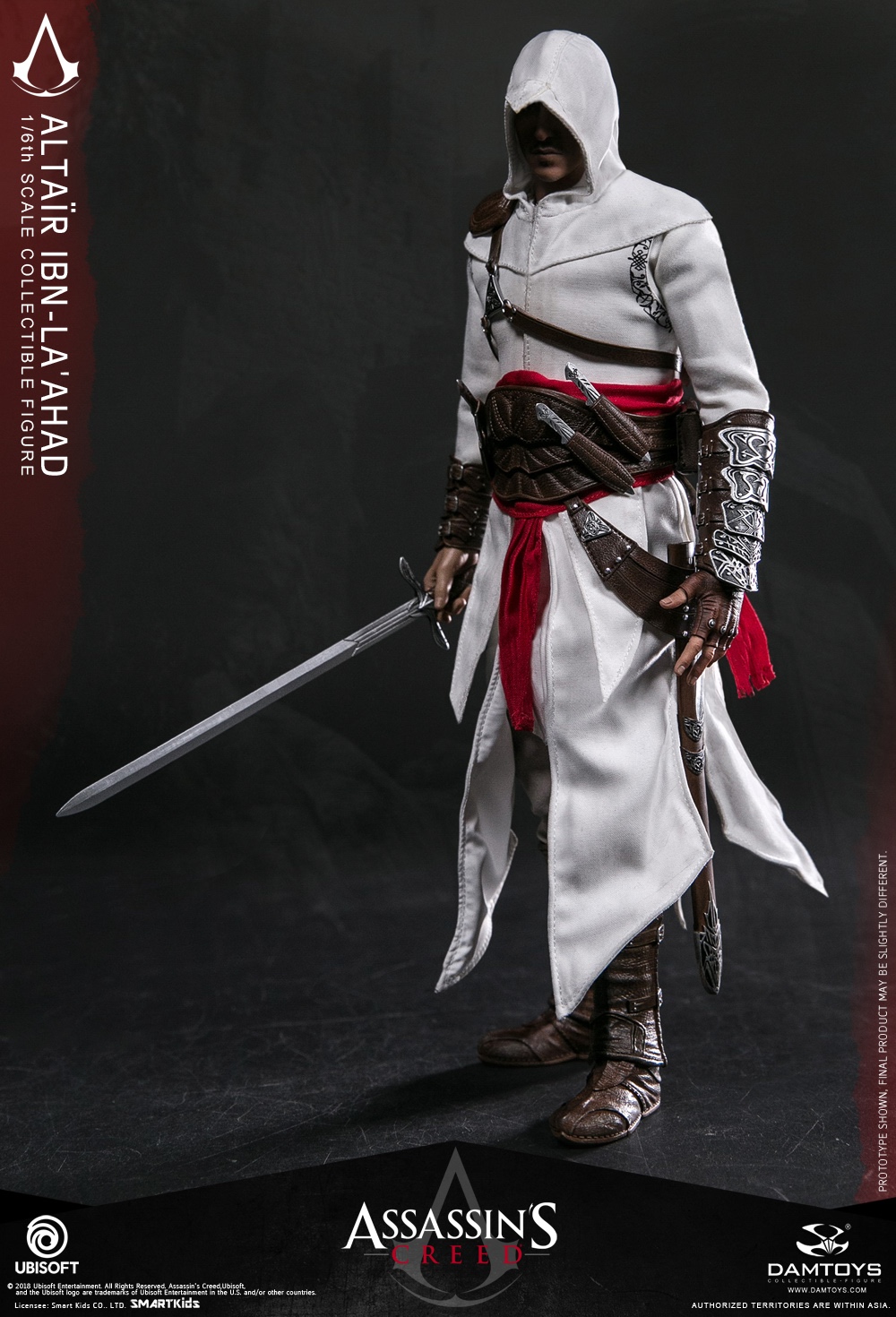 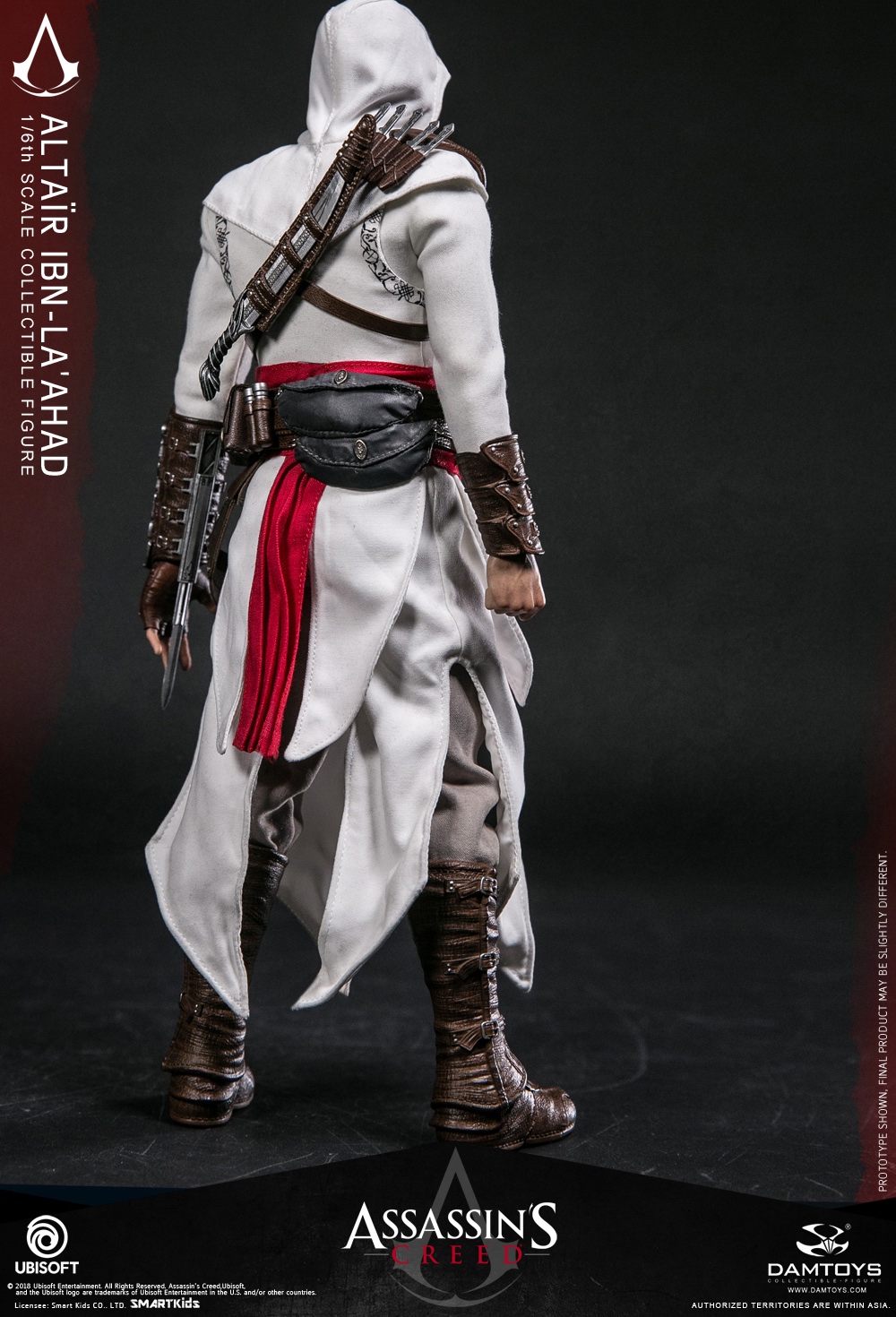 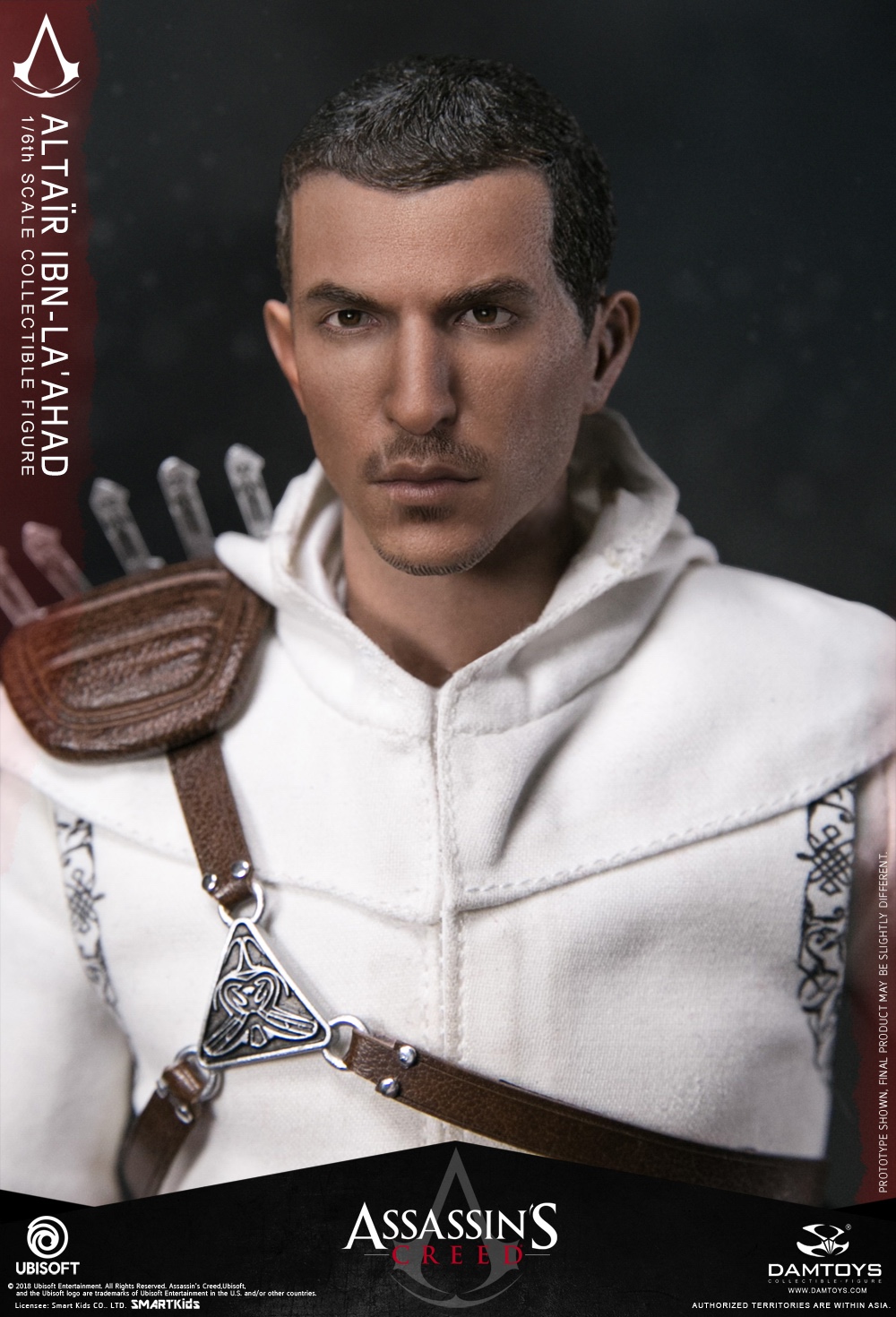 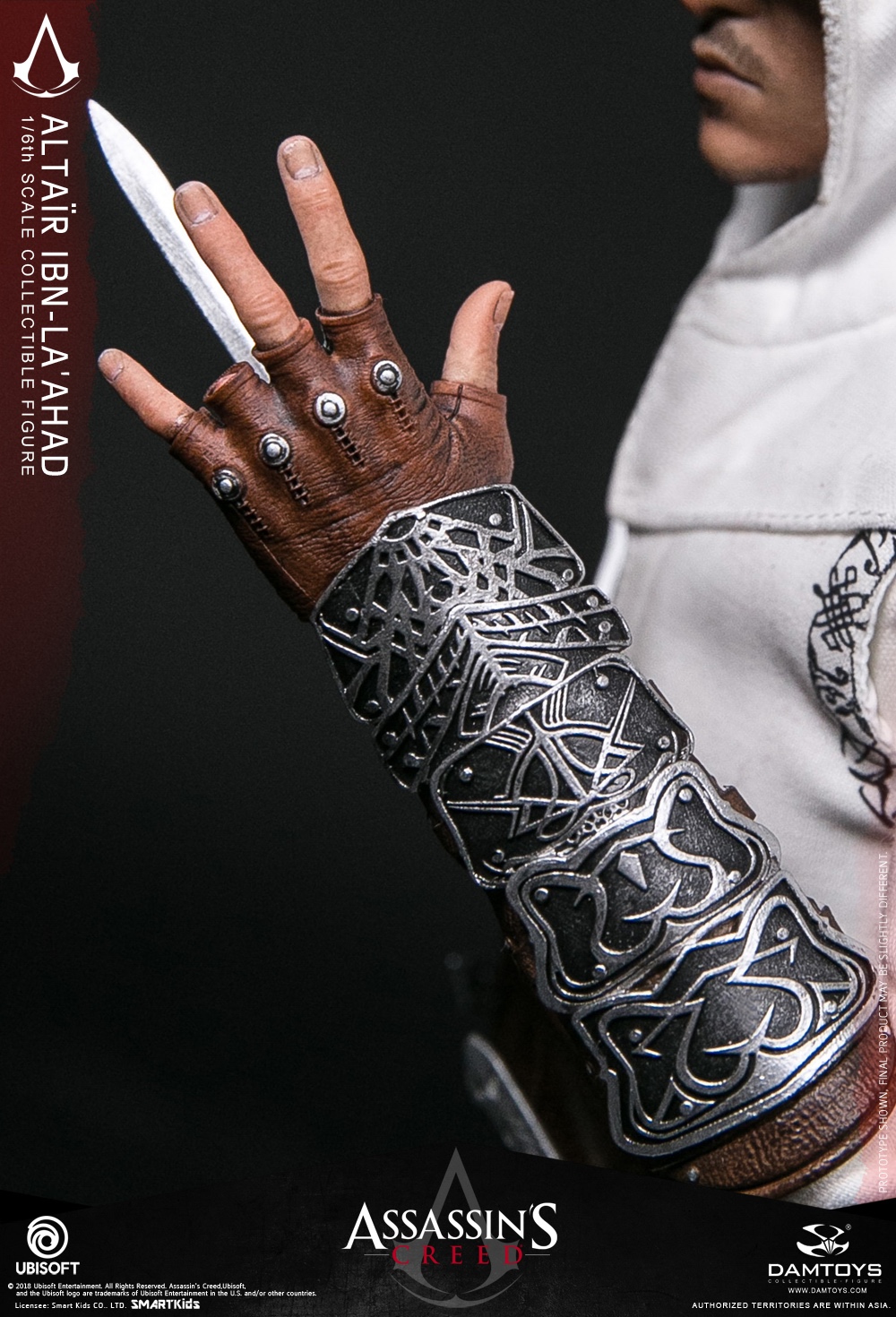 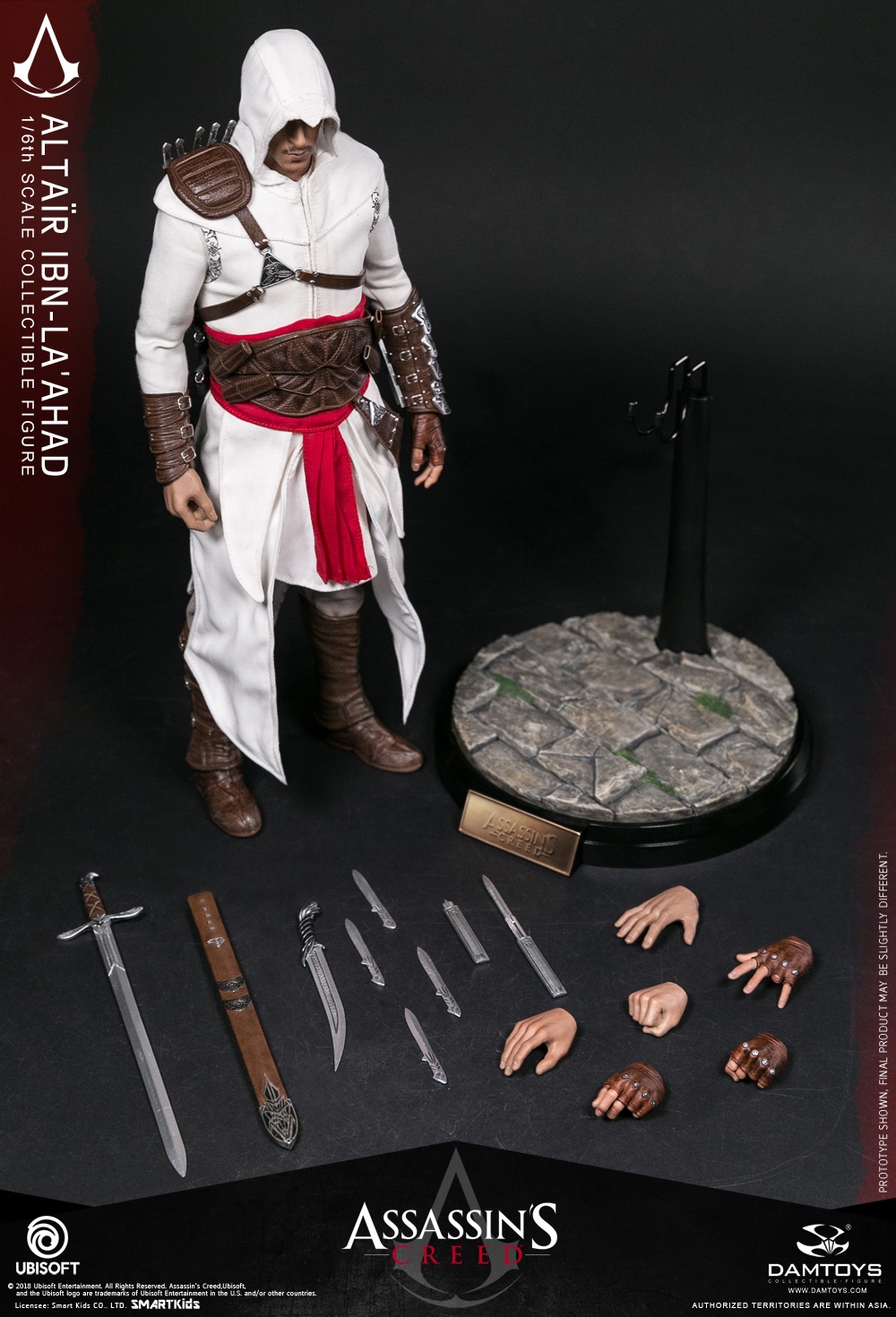