“It’s not who I am underneath, but what I do that defines me.” – Batman

In the wake of his parents’ murders, disillusioned heir Bruce Wayne travels the world seeking the means to fight injustice and turn fear against those who prey on the fearful. With the help of his trusted allies, Wayne returns to Gotham City, assumes a new persona along with a prototype armored suit and an array of high-tech weaponry to fight the crimes in the decaying city.

Directed by Christopher Nolan, the Dark Knight trilogy has become a timeless classic for Batman fans worldwide, and today Hot Toys is pleased to present the 1/6th scale Batman collectible figure from Batman Begins as an exclusive item, available only in selected markets!

The highly-detailed figure is skillfully crafted based on the screen appearance of Batman in the movie, featuring a head sculpt of Christian Bale as Bruce Wayne with amazing likeness; a masked head sculpt with 3 interchangeable lower faces of different expressions; newly developed specialized body; finely tailored Batsuit and cape attached; detail recreations of Batman’s signature gadgets and weapons including Batarangs, a bomb, climbing harness, balaclava, communicator and a figure base. 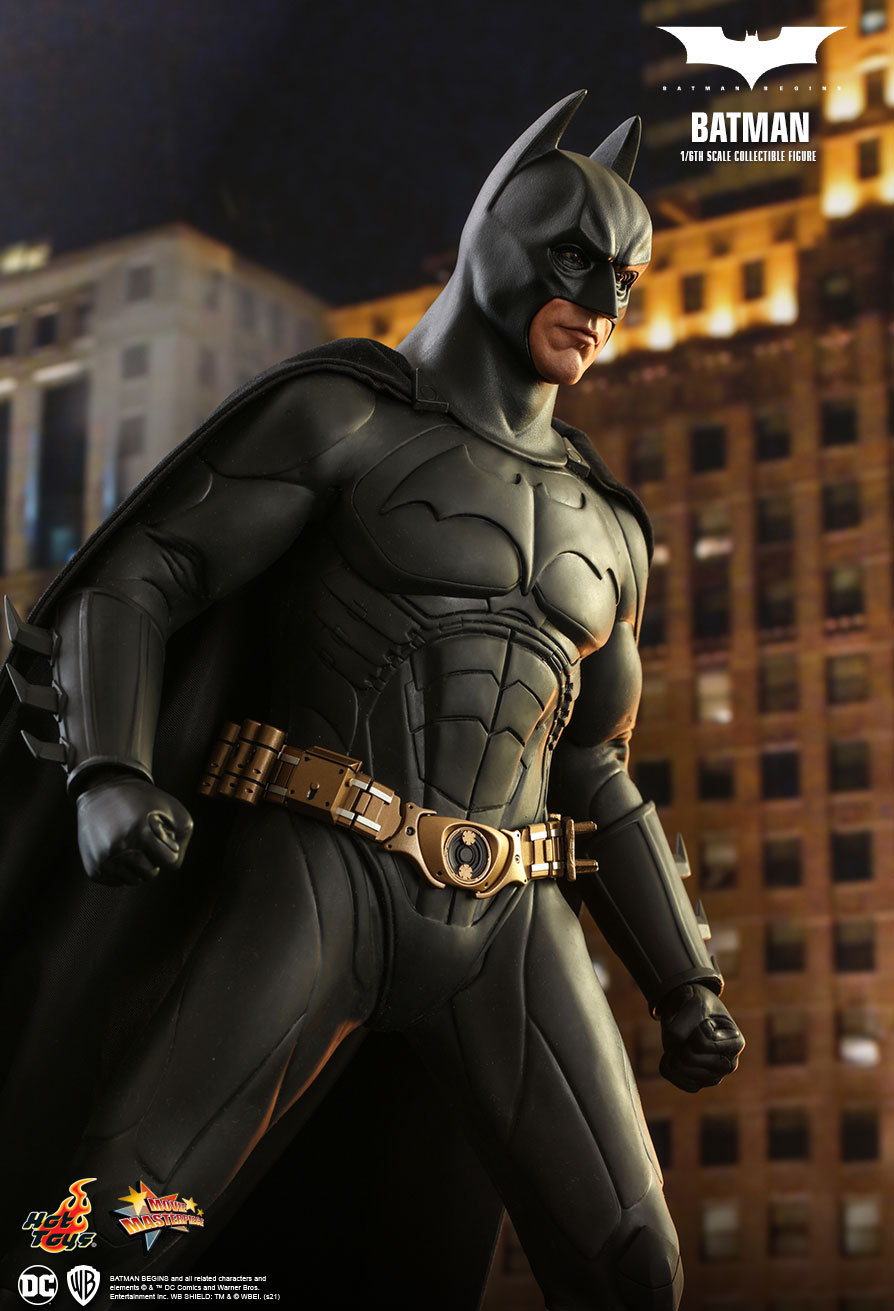 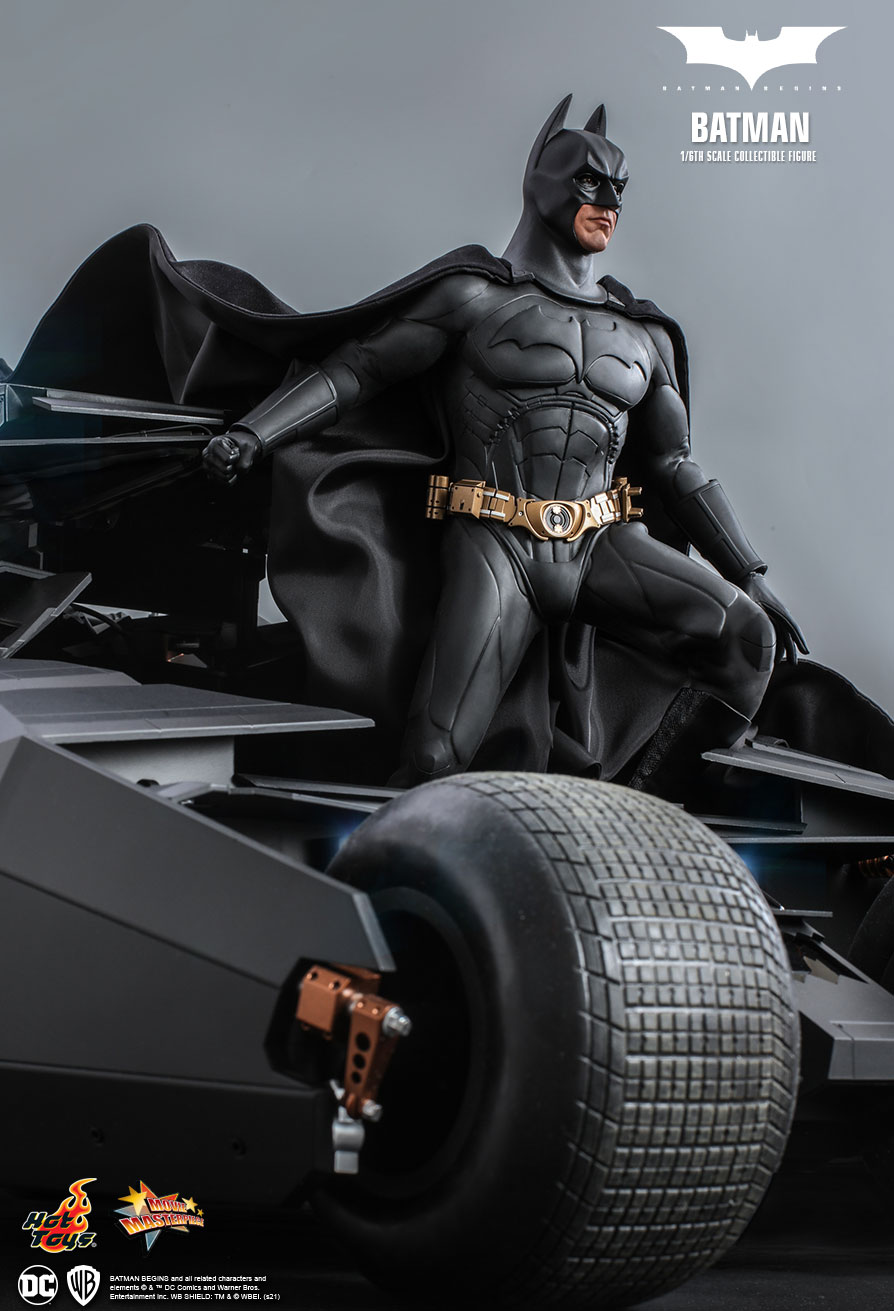 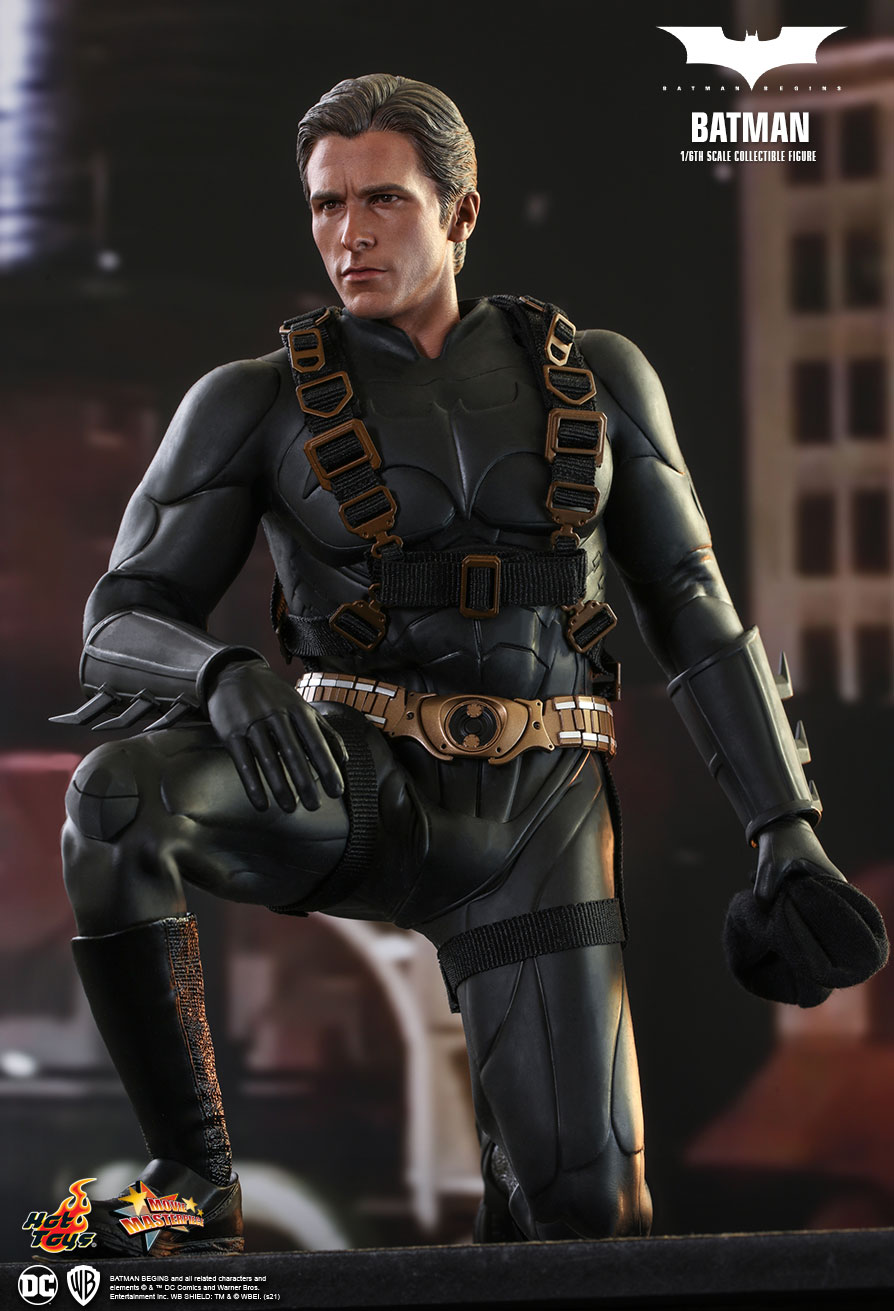 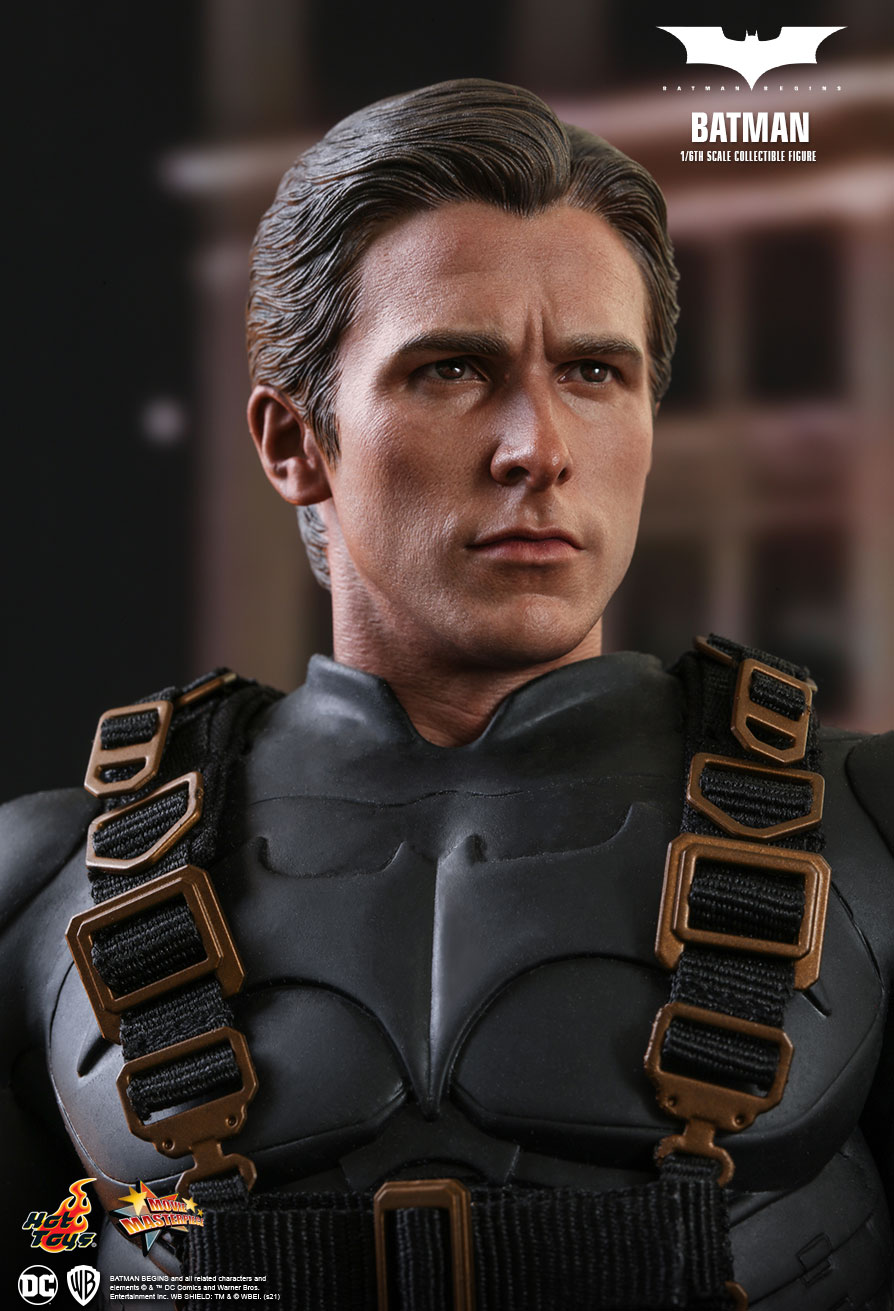 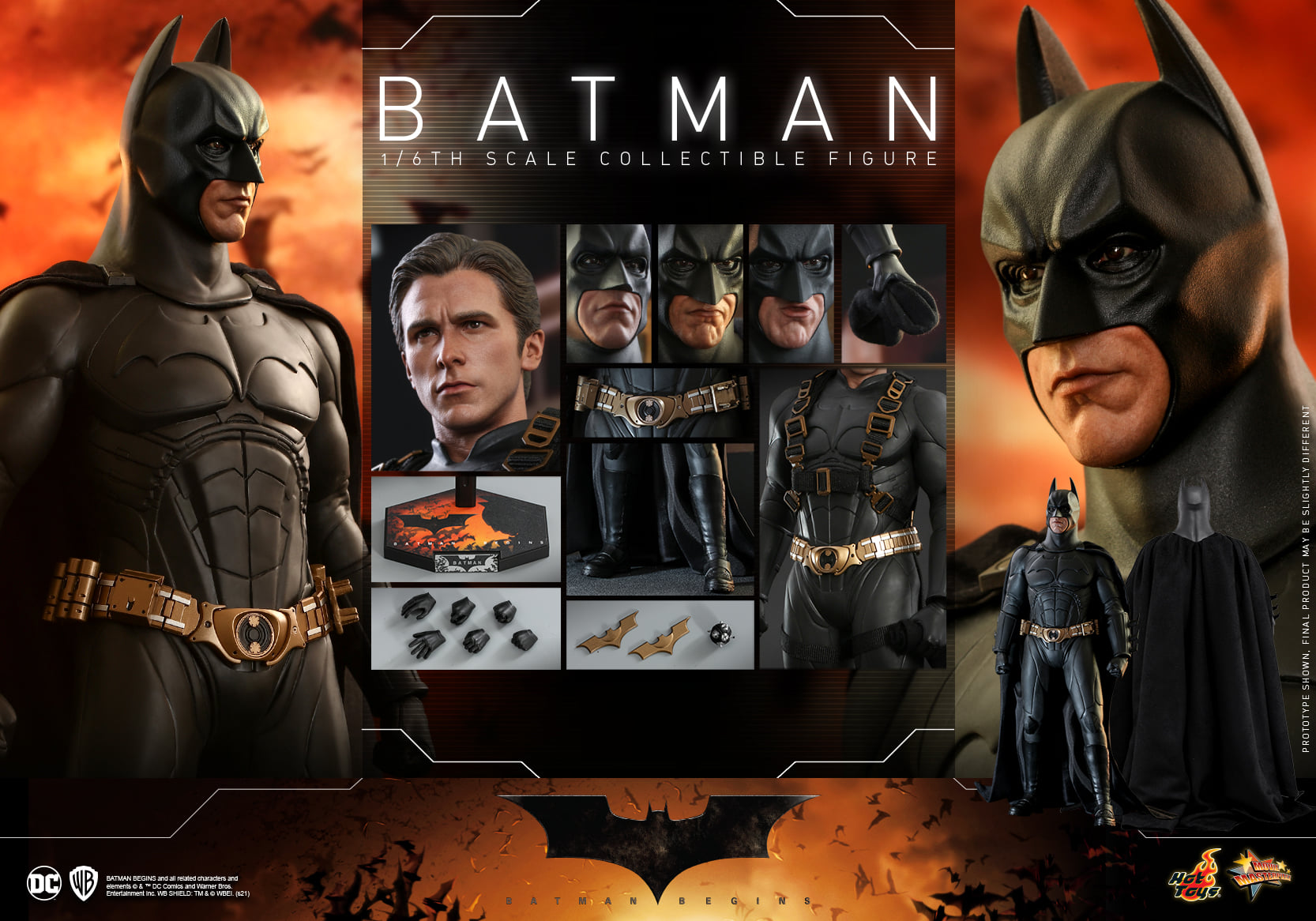