During his vacation to Monaco, Tony Stark found himself in dire need of the Mark V armor when Whiplash attacked him in the race circuit! Despite the dangers, Happy Hogan and Pepper Potts delivered the portable armor in suitcase, which allowed Tony to defeat the villain with a near-perfect command of energized whips.

In addition, the deluxe version includes a stunningly-detailed metallic red and silver Mark V suitcase with articulated function, displaying intricate compositions after expanding, comes with more assembling parts that especially for this suitcase, to recreate the scene in a full extent.

Suit up with the Tony Stark figure by today. It’s a must-have for fans of Iron Man!

Costume:
– One blue and black racing suit
– One pair of black shoes 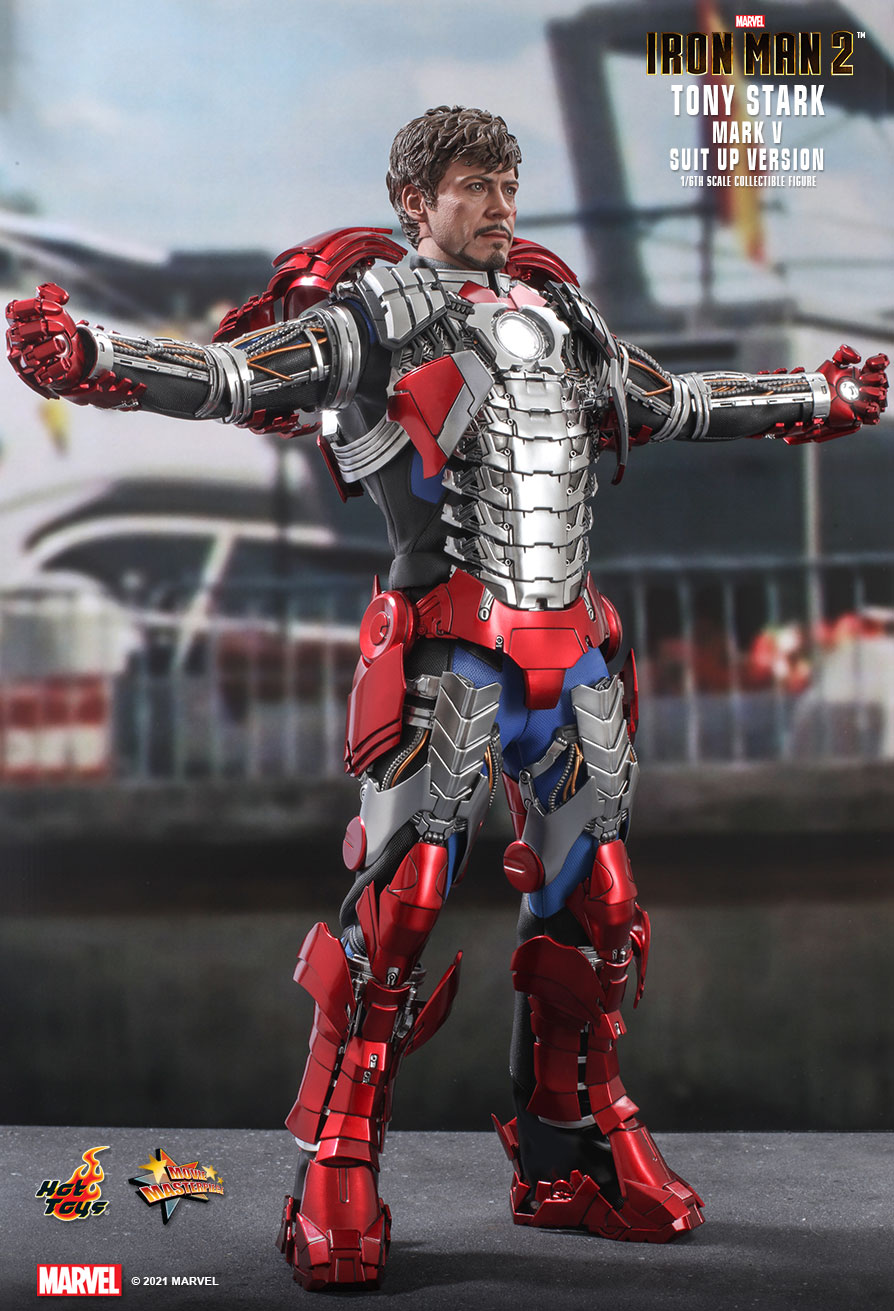 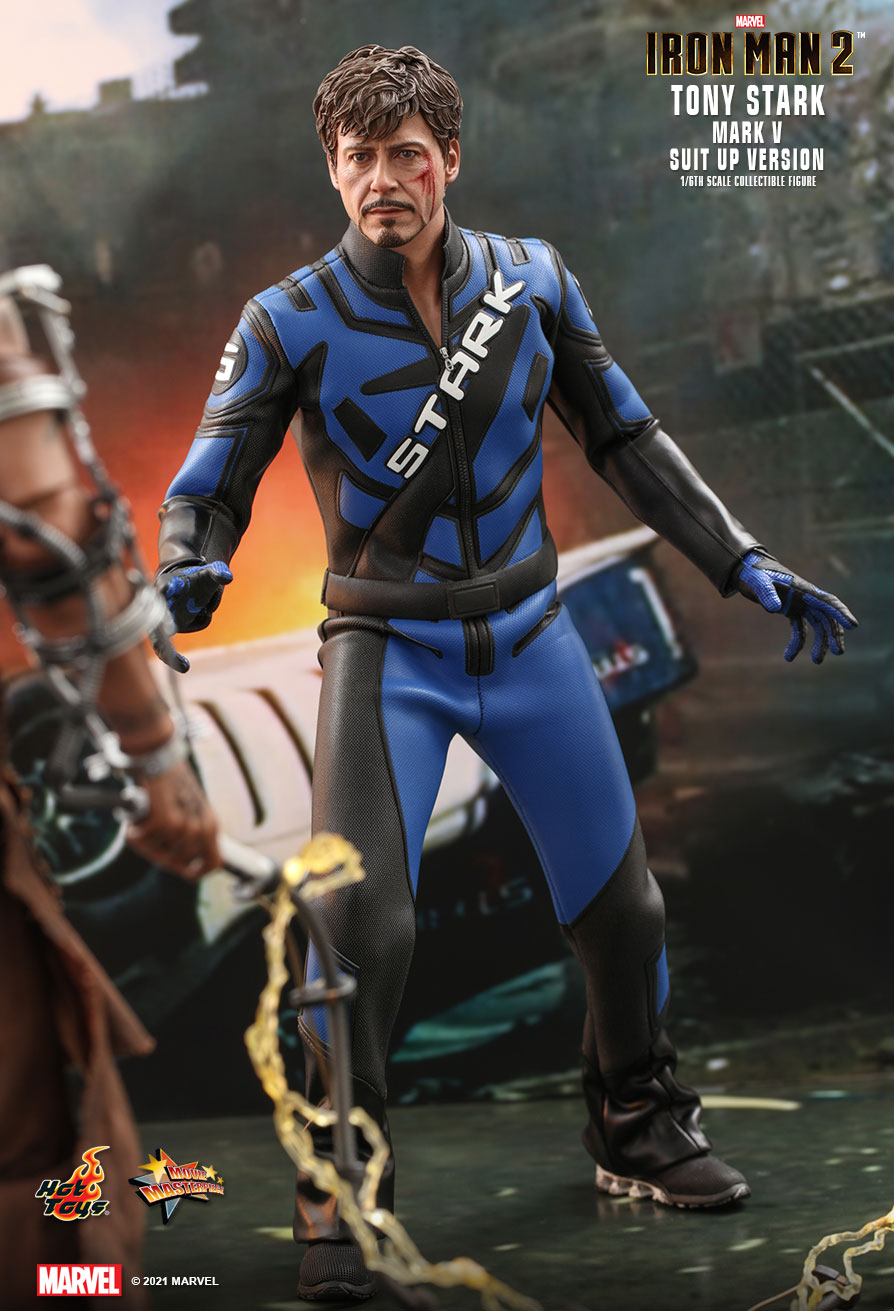 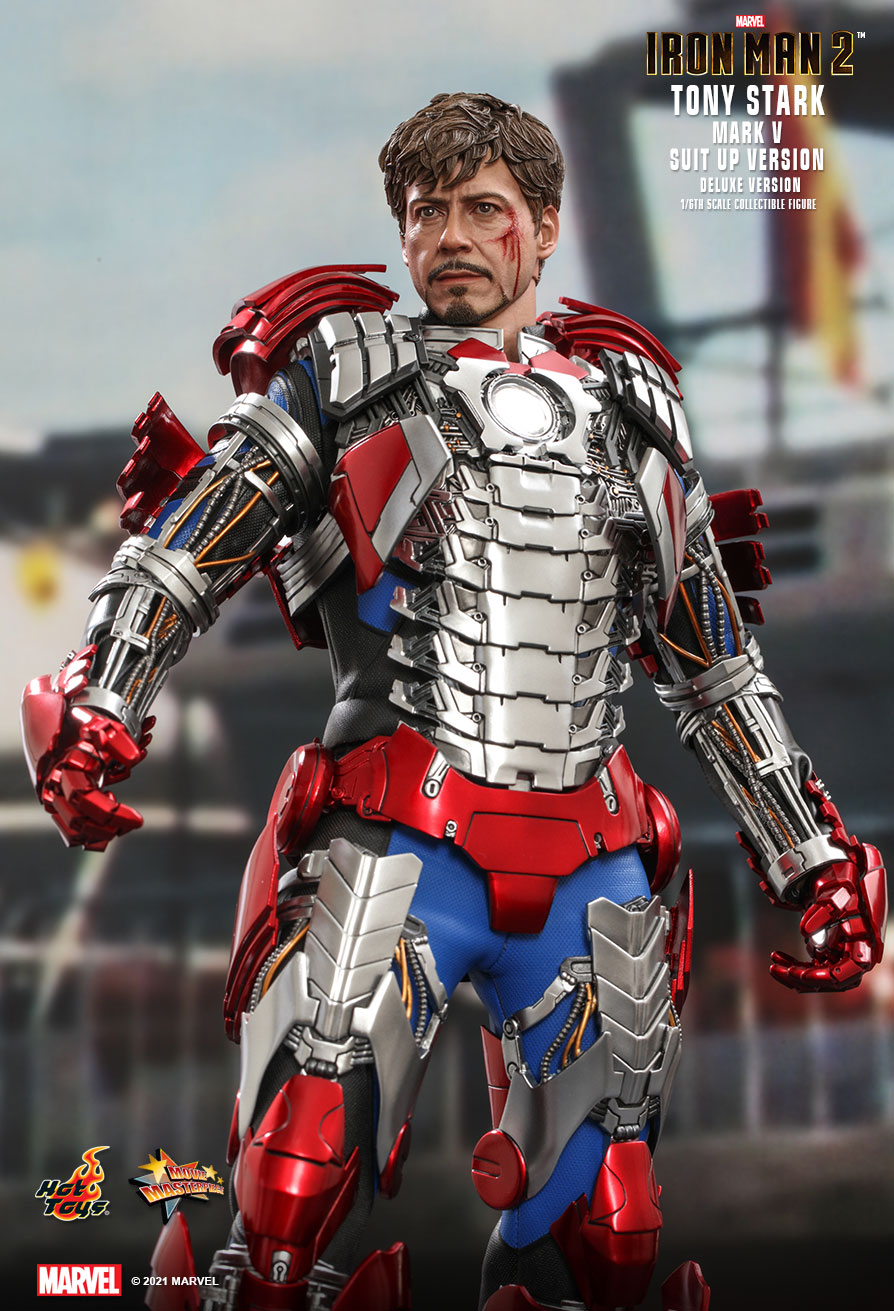 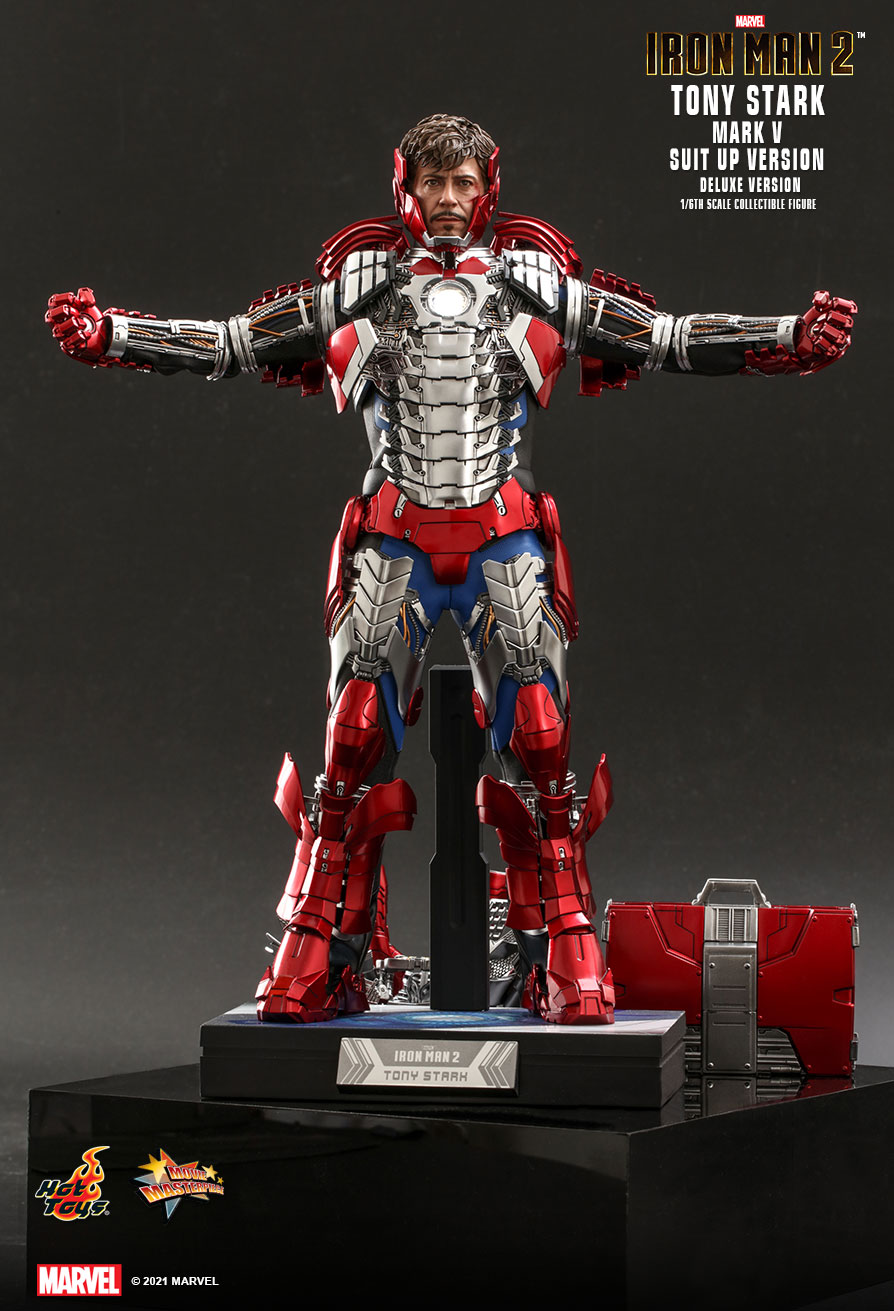 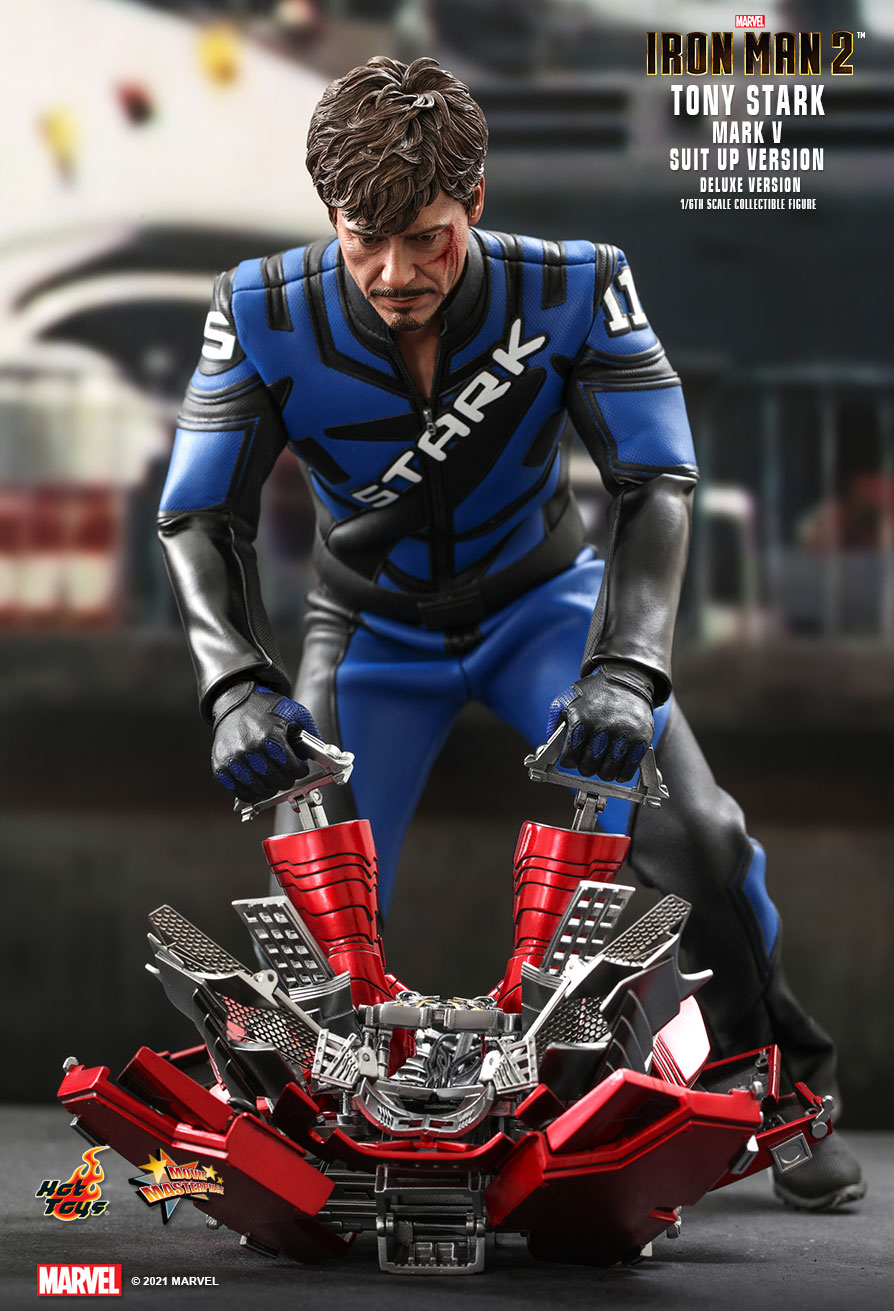 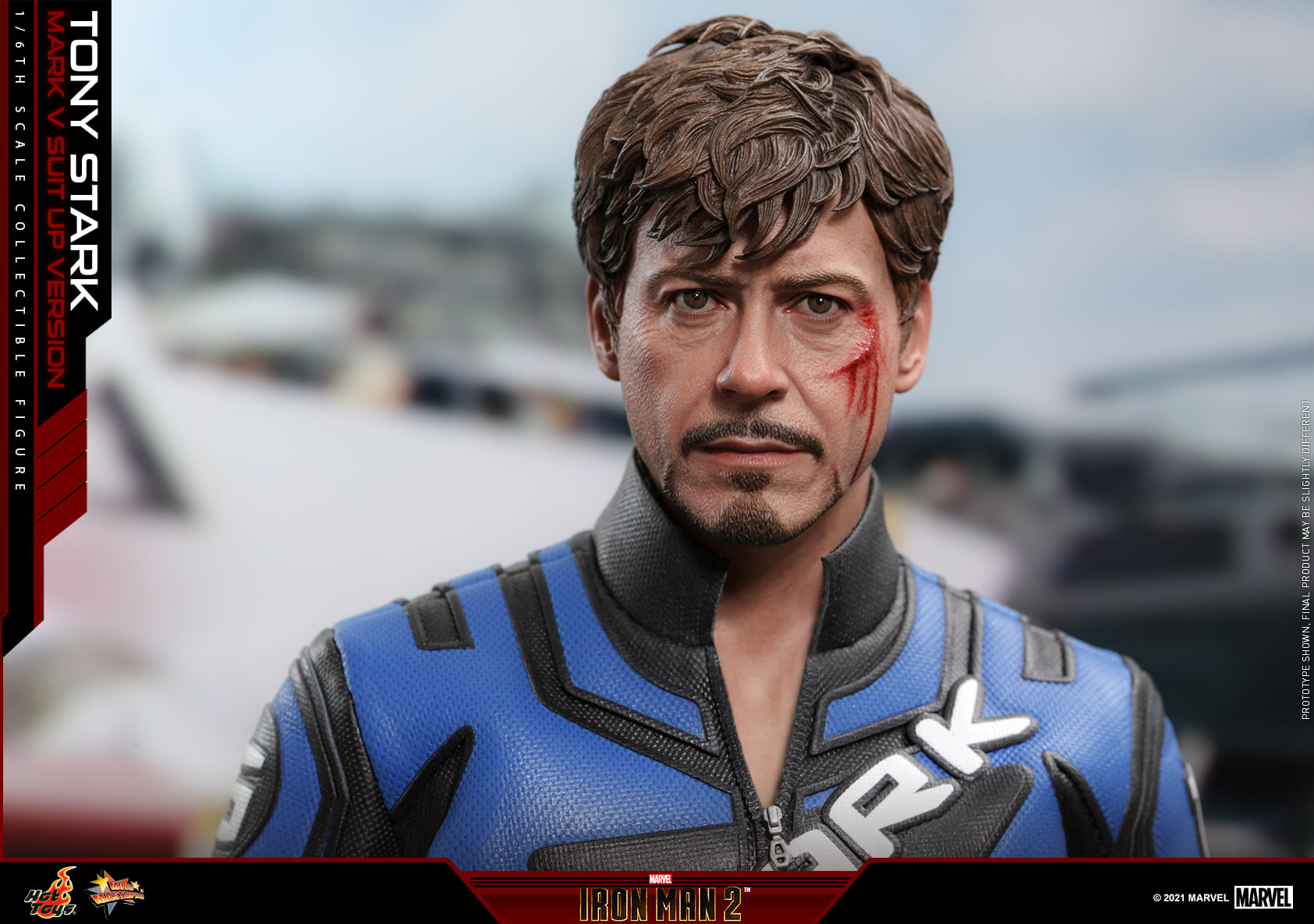 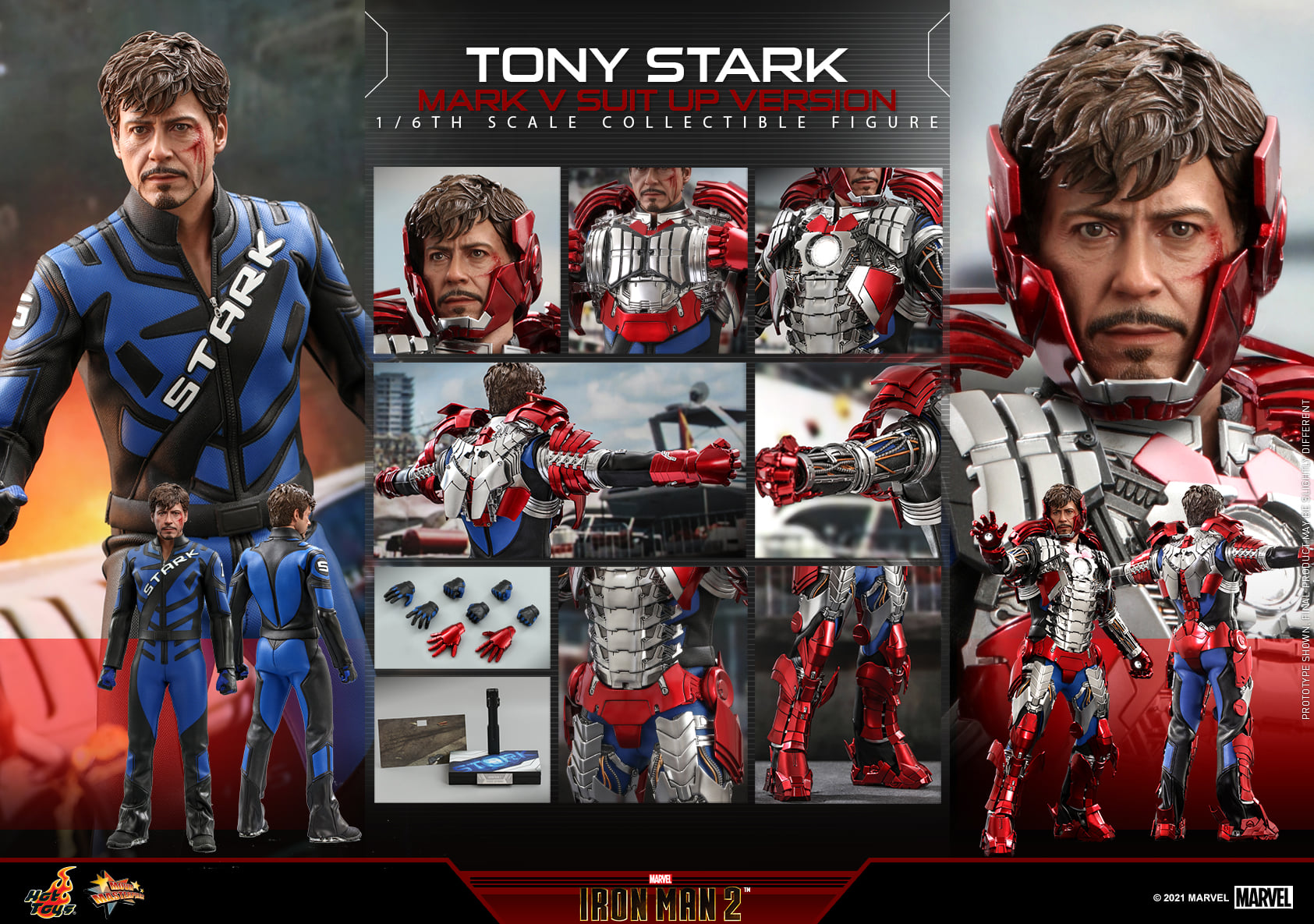 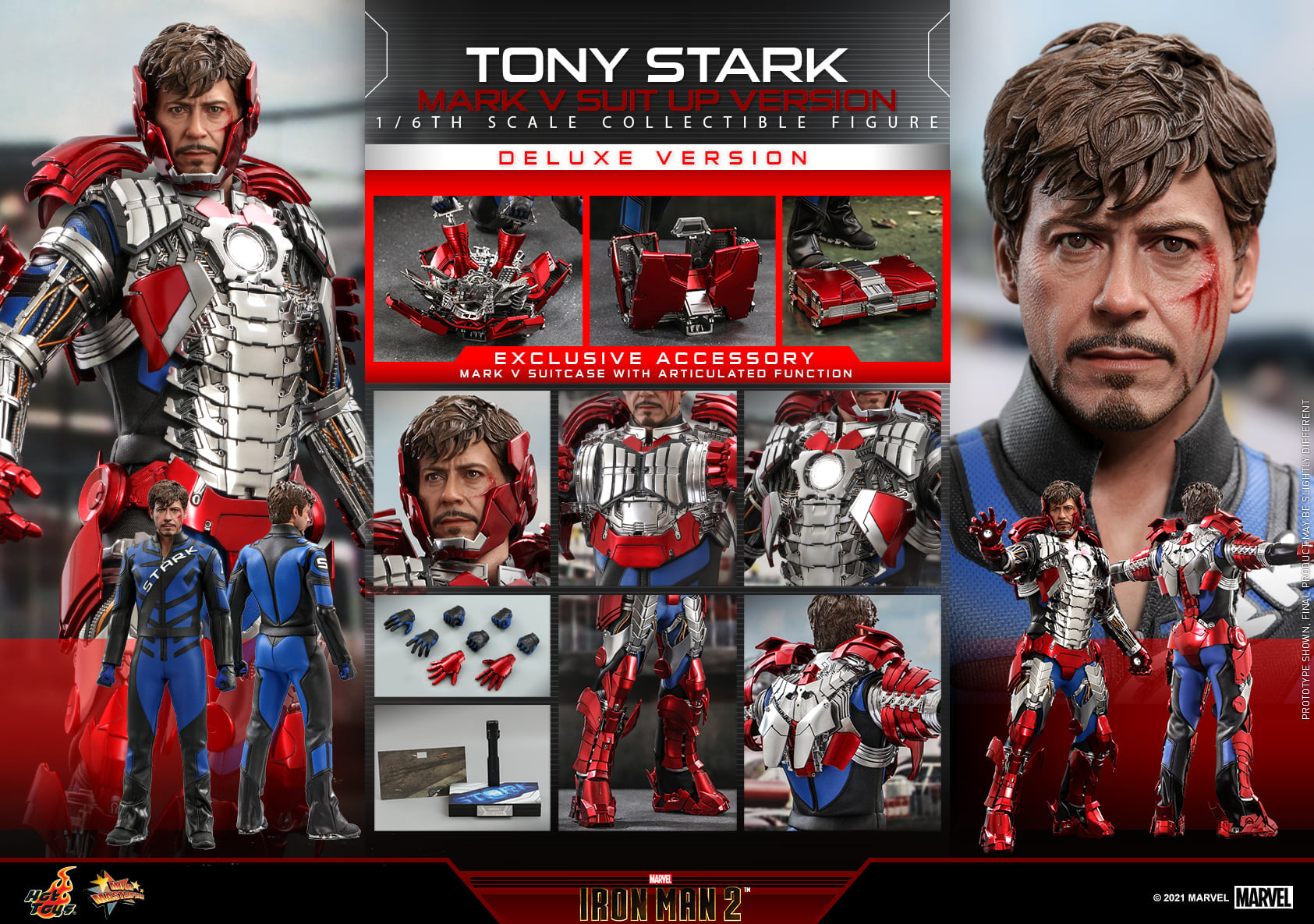