In a future world torn apart by hatred of all mutants, Wolverine is one of the few remaining X-Men able to continue the fight against Sentinels – the highly efficient killing mutant machines. Now older and wiser, Wolverine volunteers to go back in time and rally the X-Men of the past to restore the world to its rightful path.

Hot Toys is thrilled to revisit the highly-acclaimed X-Men: Days of Future Past movie by presenting a Deluxe Version of Wolverine outfitted in 1973 fashion as the latest 1/6th scale collectible figure, comes with a remarkable diorama base to compliment the display.

The movie-accurate collectible figure is beautifully crafted based on the appearance of Hugh Jackman as Wolverine in the movie. It features a newly developed head sculpt and hair sculpture with impressive likeness, carefully tailored costume with a genuine leather jacket to complete his striking look, interchangeable hands with bone claws and a pair of seamless forearms and clawed hands for Wolverine’s alternate styling.

The Deluxe Version includes a greatly detail diorama figure base that replicates the peculiar terrain of combat. 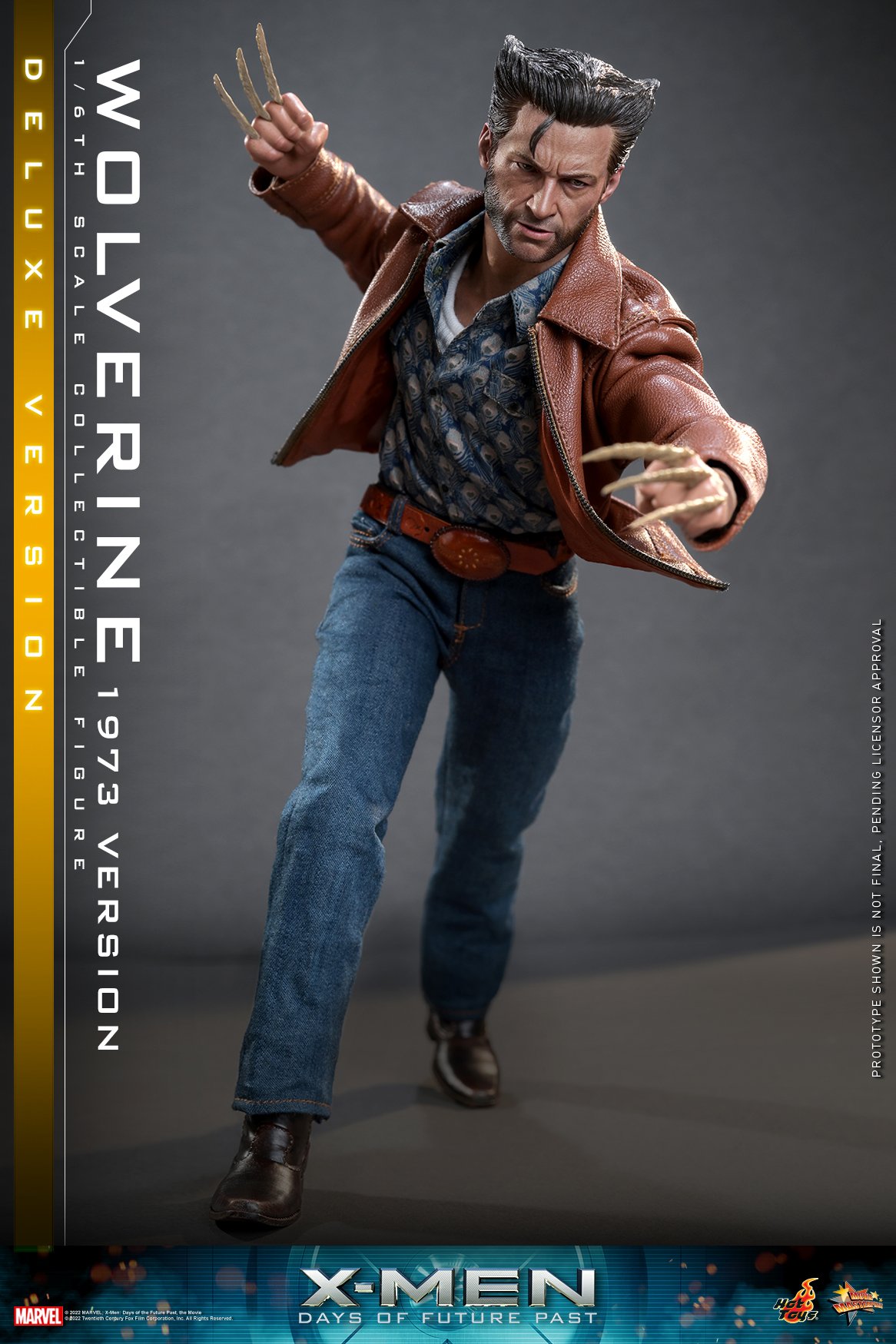 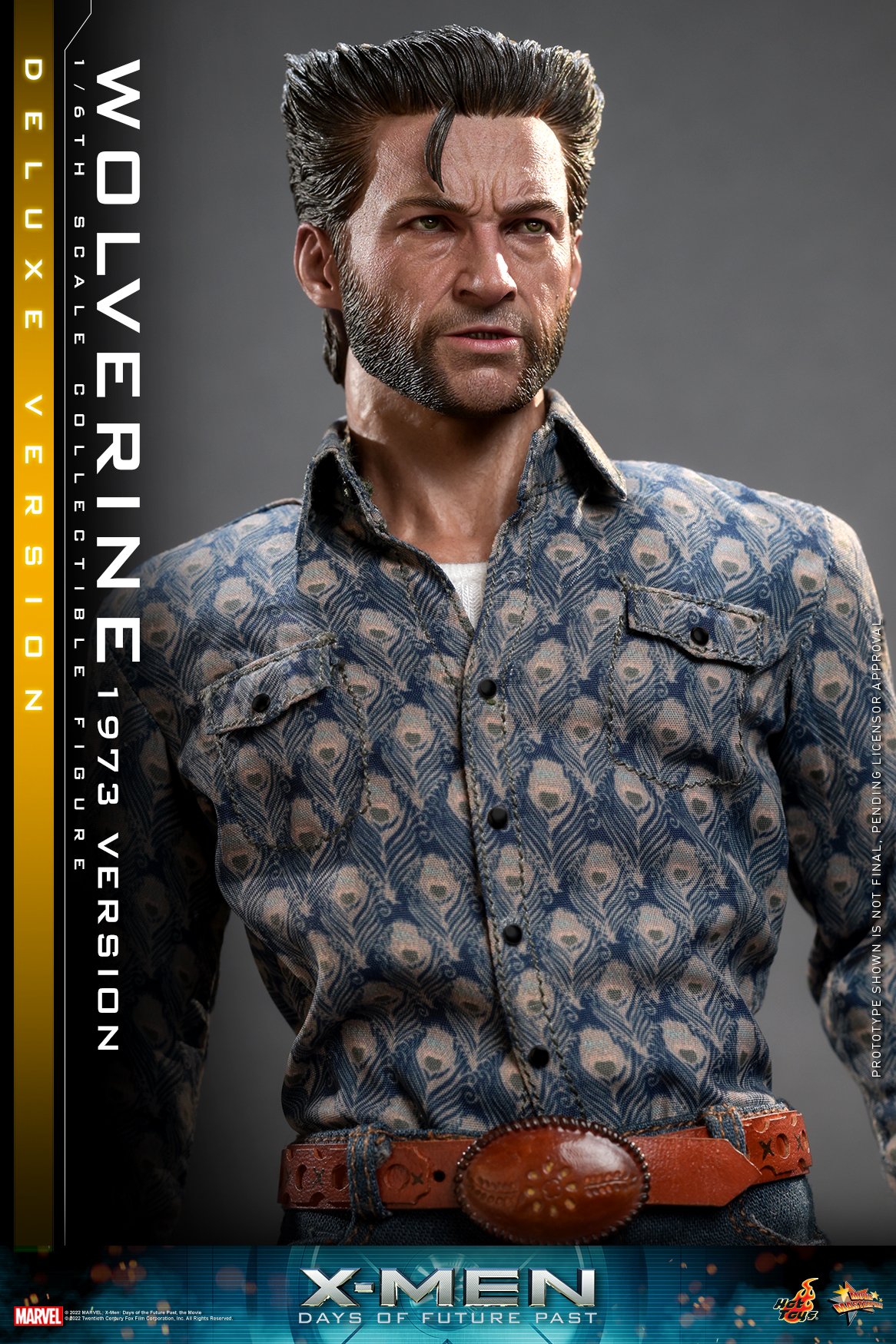 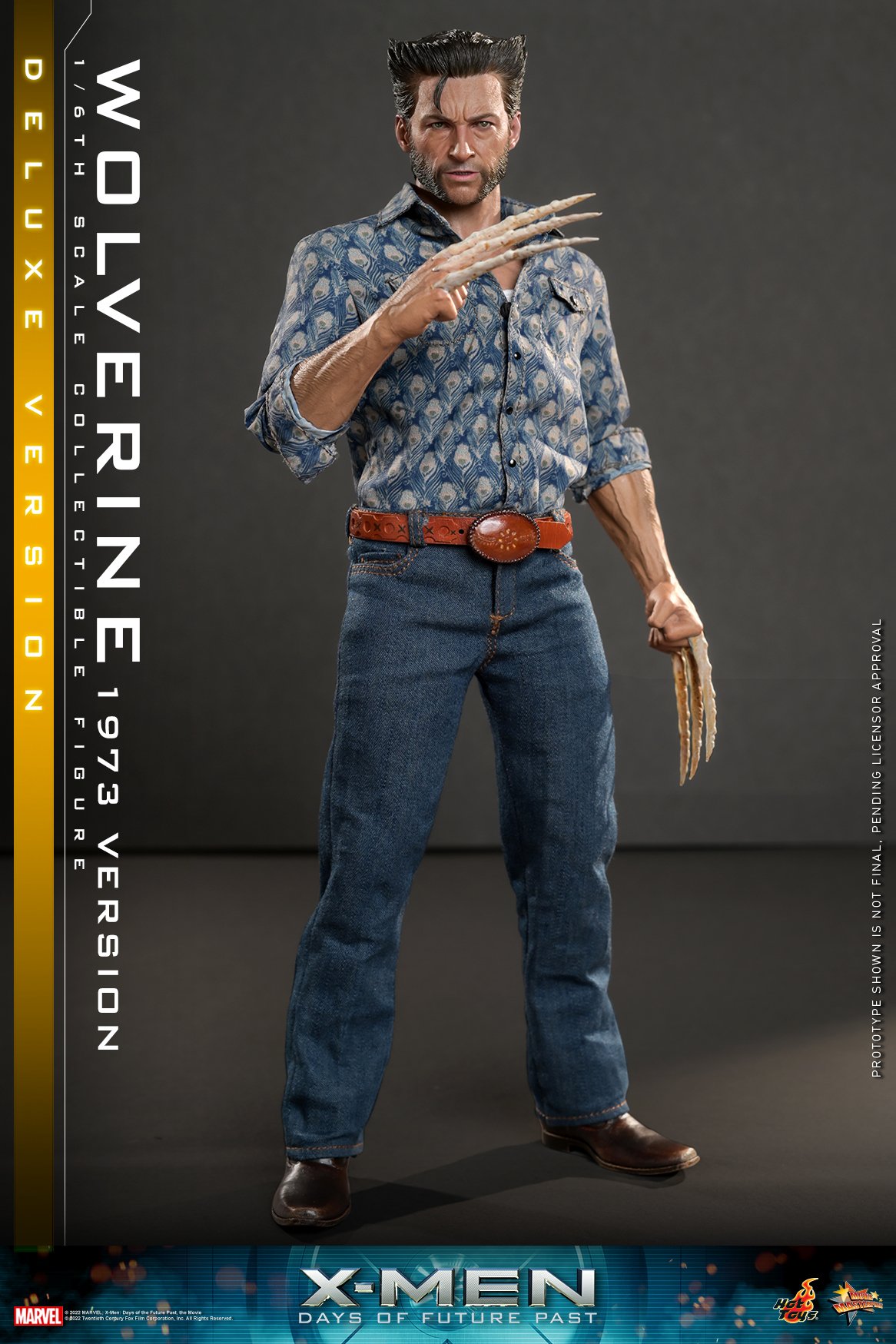 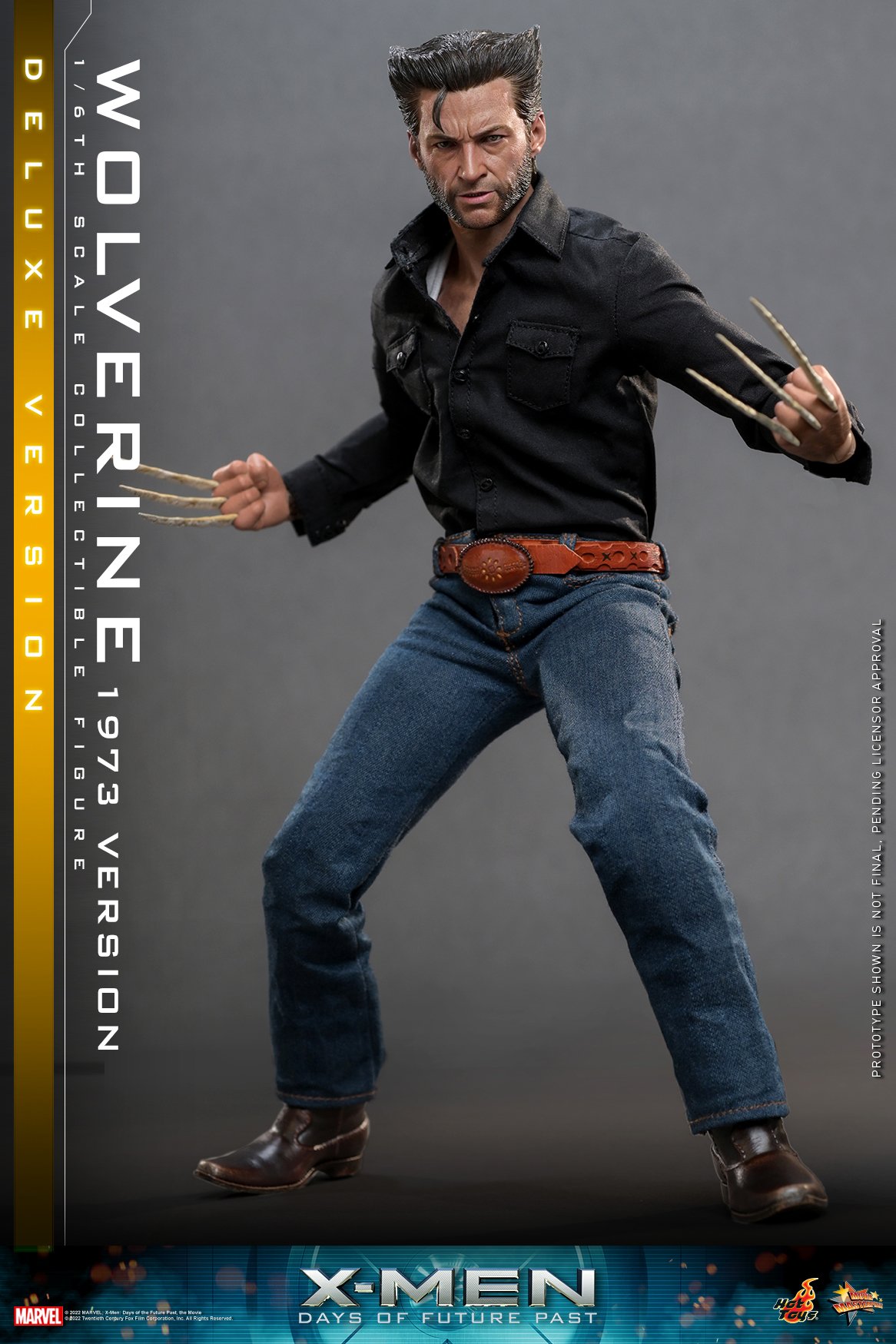 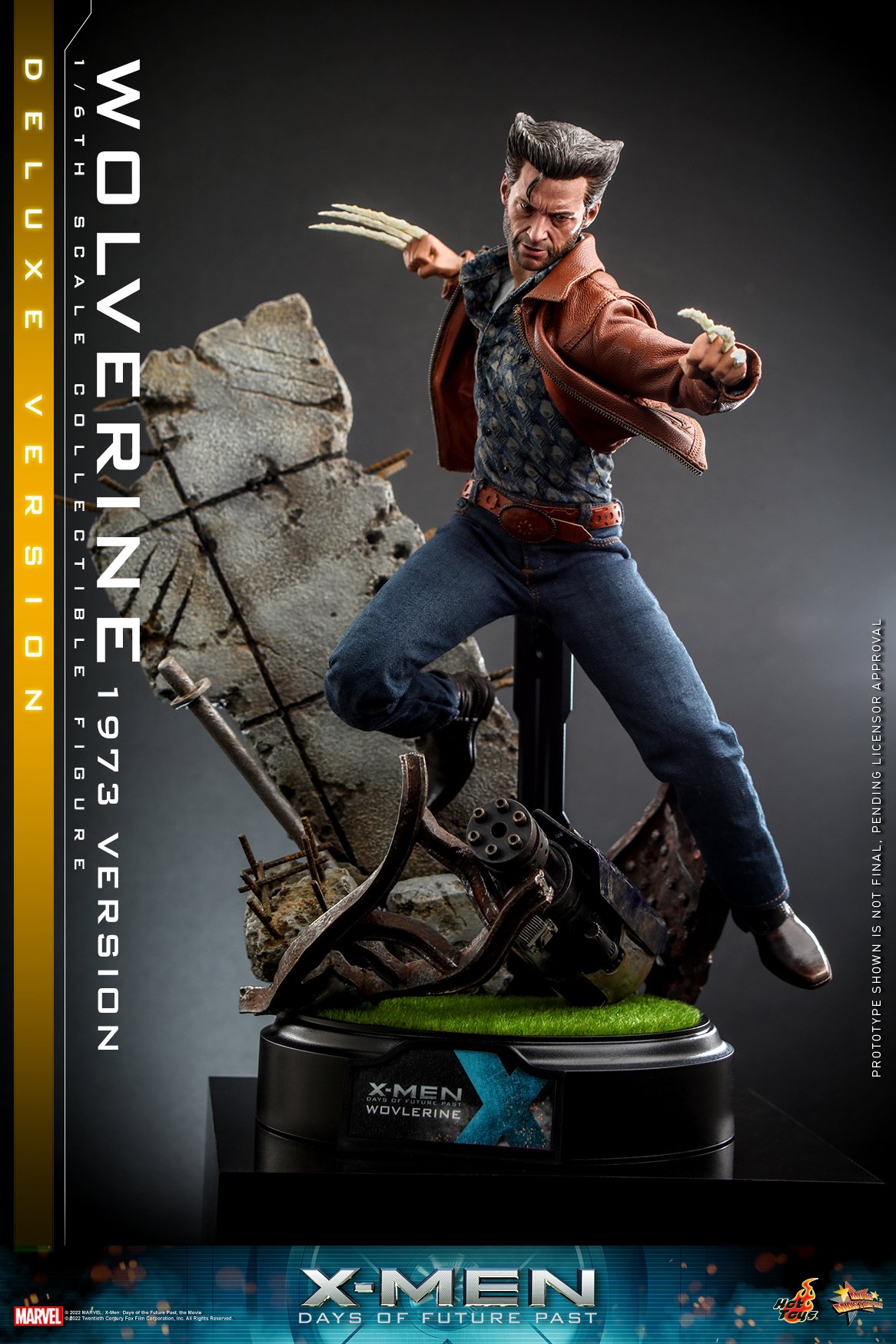 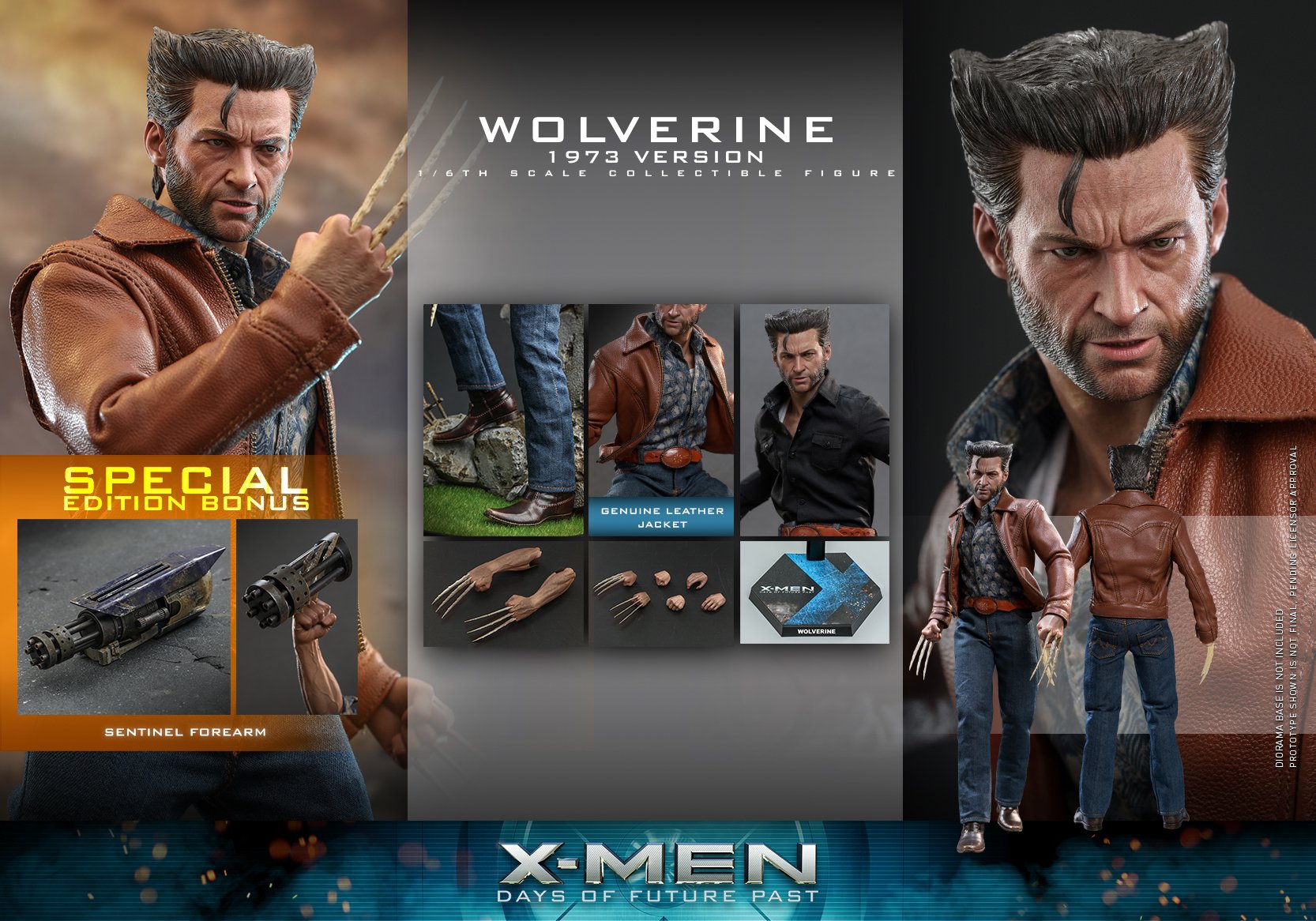 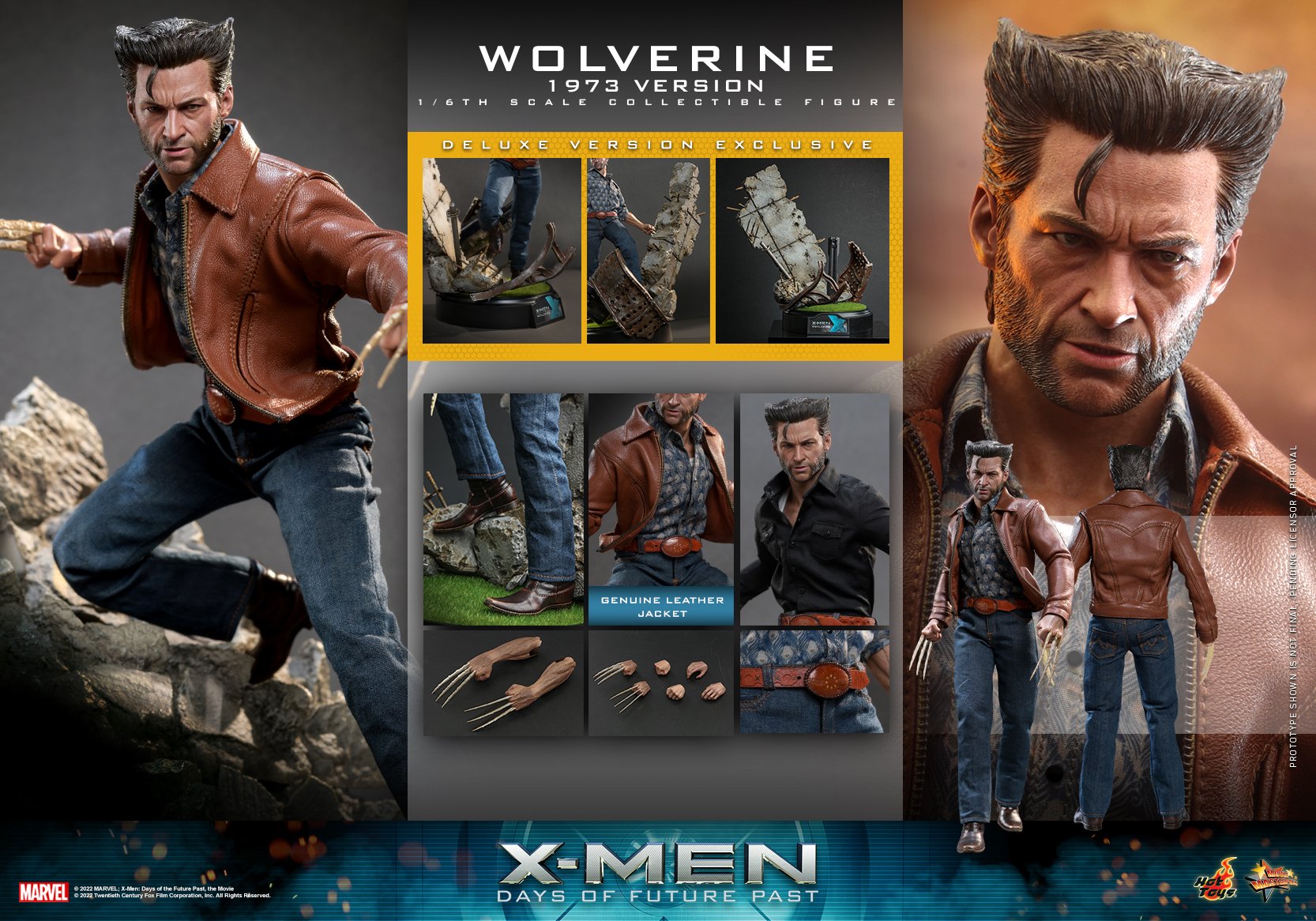