Recognized as the Godfather of Shock Rock, Alice Cooper is known the world over for his skills as a singer and songwriter, introducing his horror imagery to the rock music stage.  The Alice Cooper Sixth Scale Figure captures his unique stage presence as a quality collectible format like never before.

The Alice Cooper Sixth Scale figure has a high-quality articulated body with a detailed head sculpt of the iconic singer himself, featuring sculpted black hair and his signature face makeup, as well as an additional swap-out portrait wearing a white hat.  The figure also includes four sets of interchangeable hands, including a pair of fists, open hands, relaxed hands, and grip hands.

The Alice Cooper Sixth Scale Figure comes dressed in a custom fabric costume including black leather-like pants, a laced-up shirt, and sculpted boots.  Display the figure with either his interchangeable flame-pattern jacket and white coat to show off your favorite Alice Cooper look.  He also features a number of accessories, including a snake, a sword, and a microphone that you can use to create epic on-stage moments on your collectibles shelf. 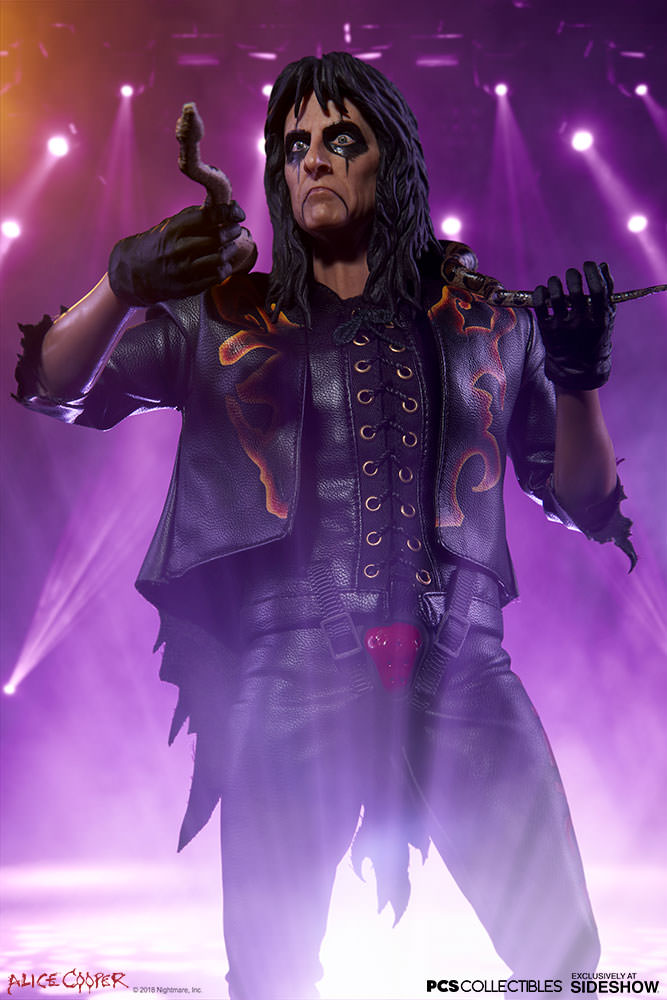 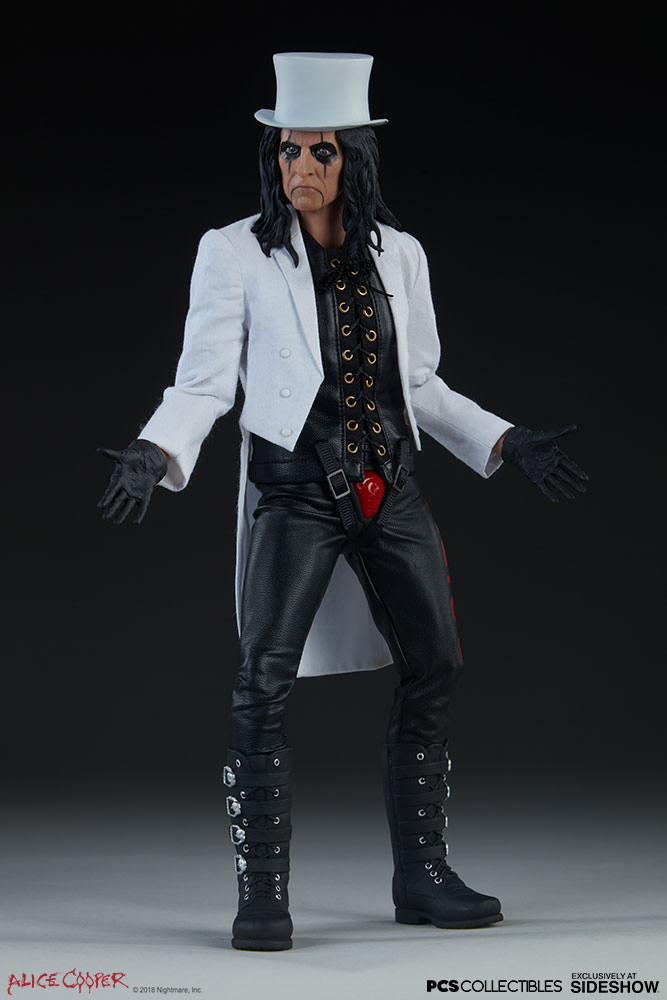 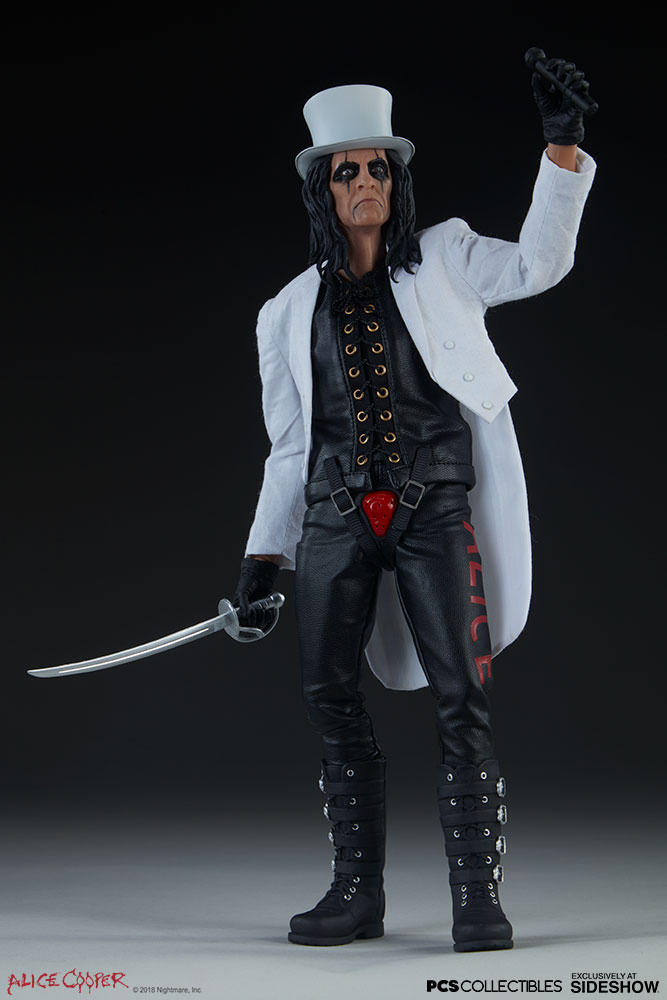 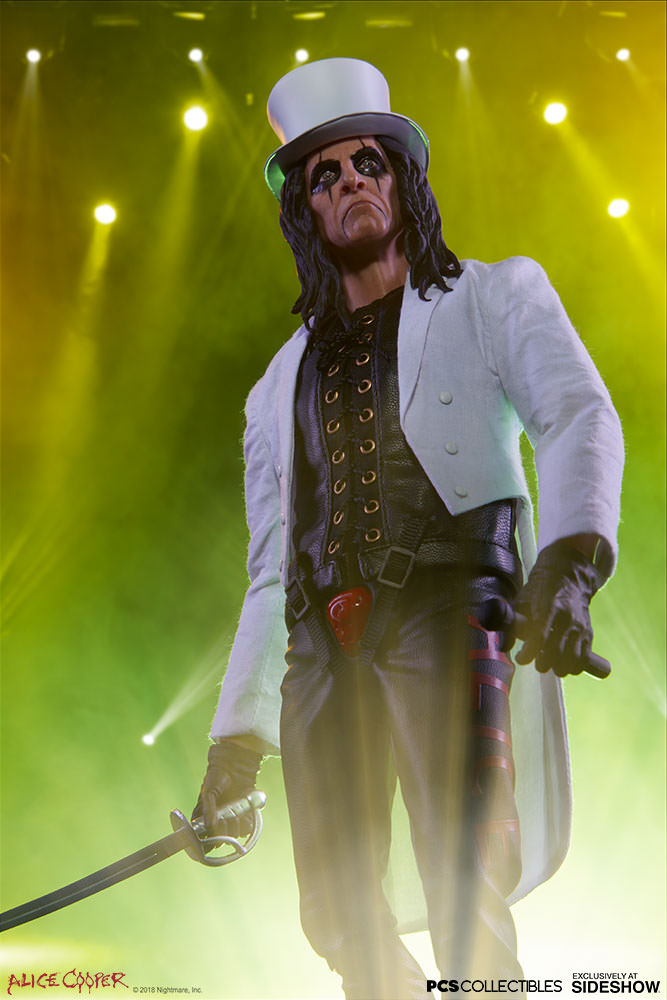 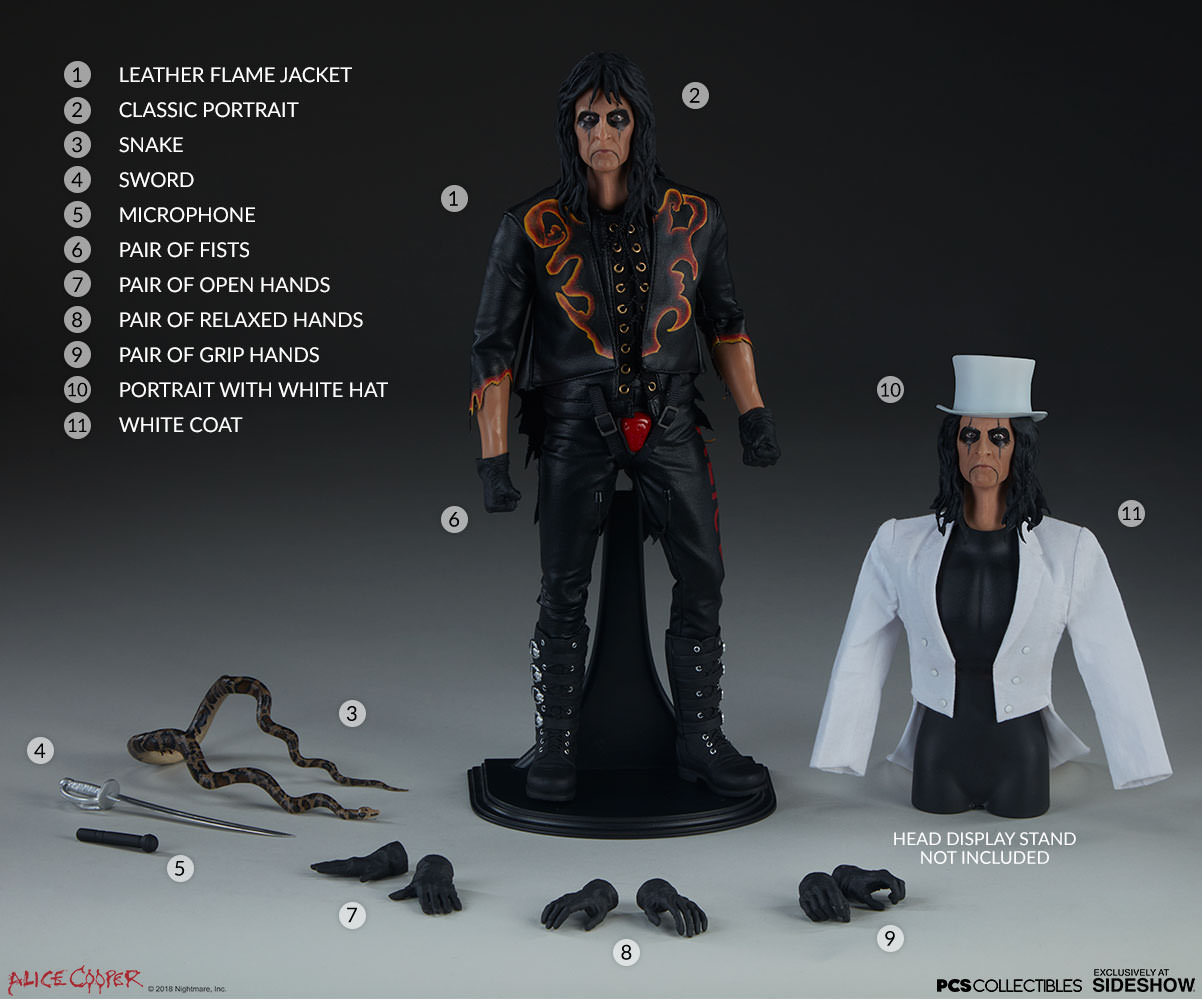 Panggu Culture: The Yang (The Taking of Tiger Mountain)

Panggu Culture: The Cinereous Vulture (The Taking of Tiger Mountain)