One of the first magical beings that Harry Potter meets in Harry Potter and the Sorcerer’s Stone is in Gringotts Bank in Diagon Alley. Brought in by Hagrid to access his family vault, Harry encounters the Head Goblin behind his desk.
This 1:6 scale Goblin features an all-new portrait of Warwick Davis made up as the Head Goblin and dressed in his black suit. 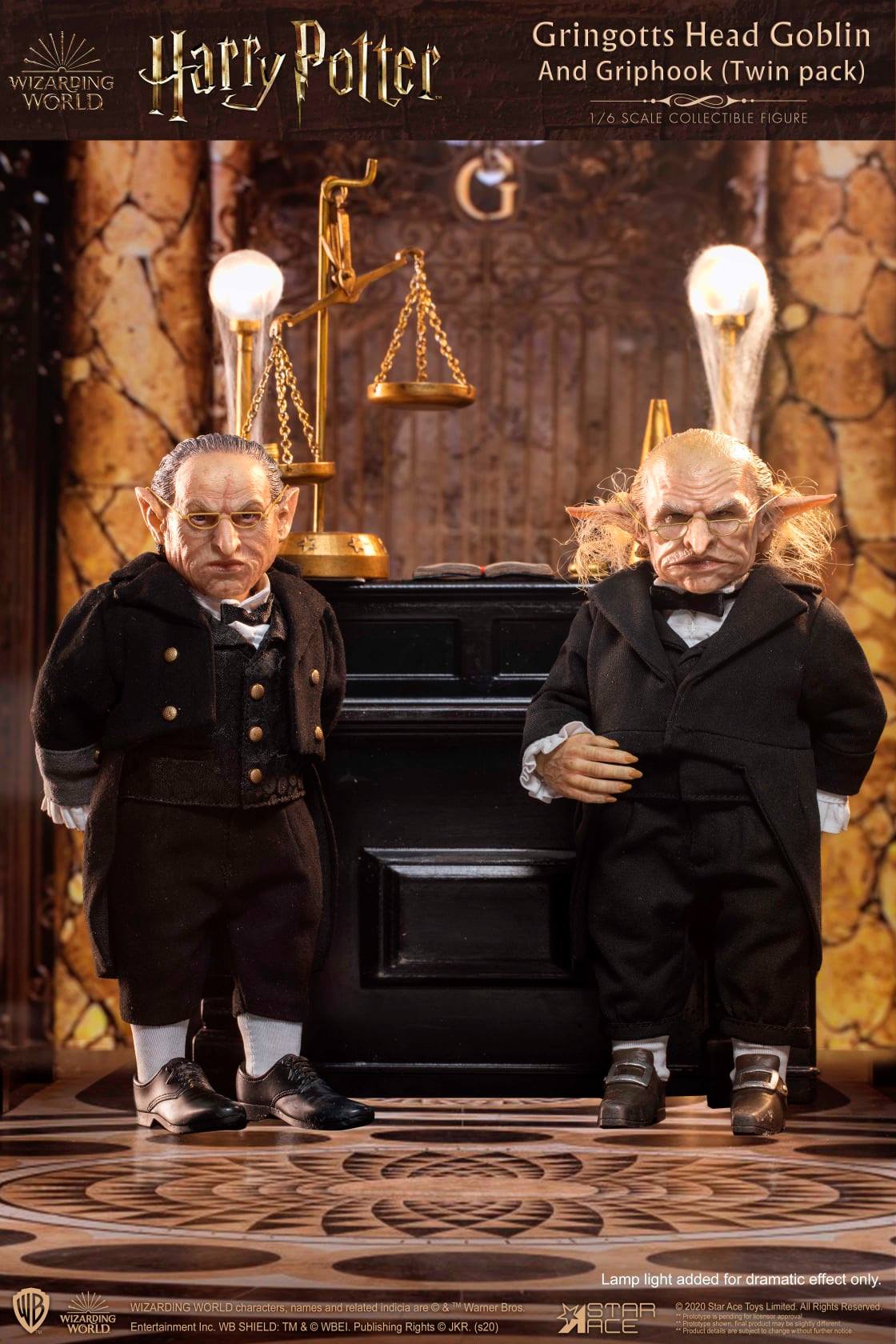 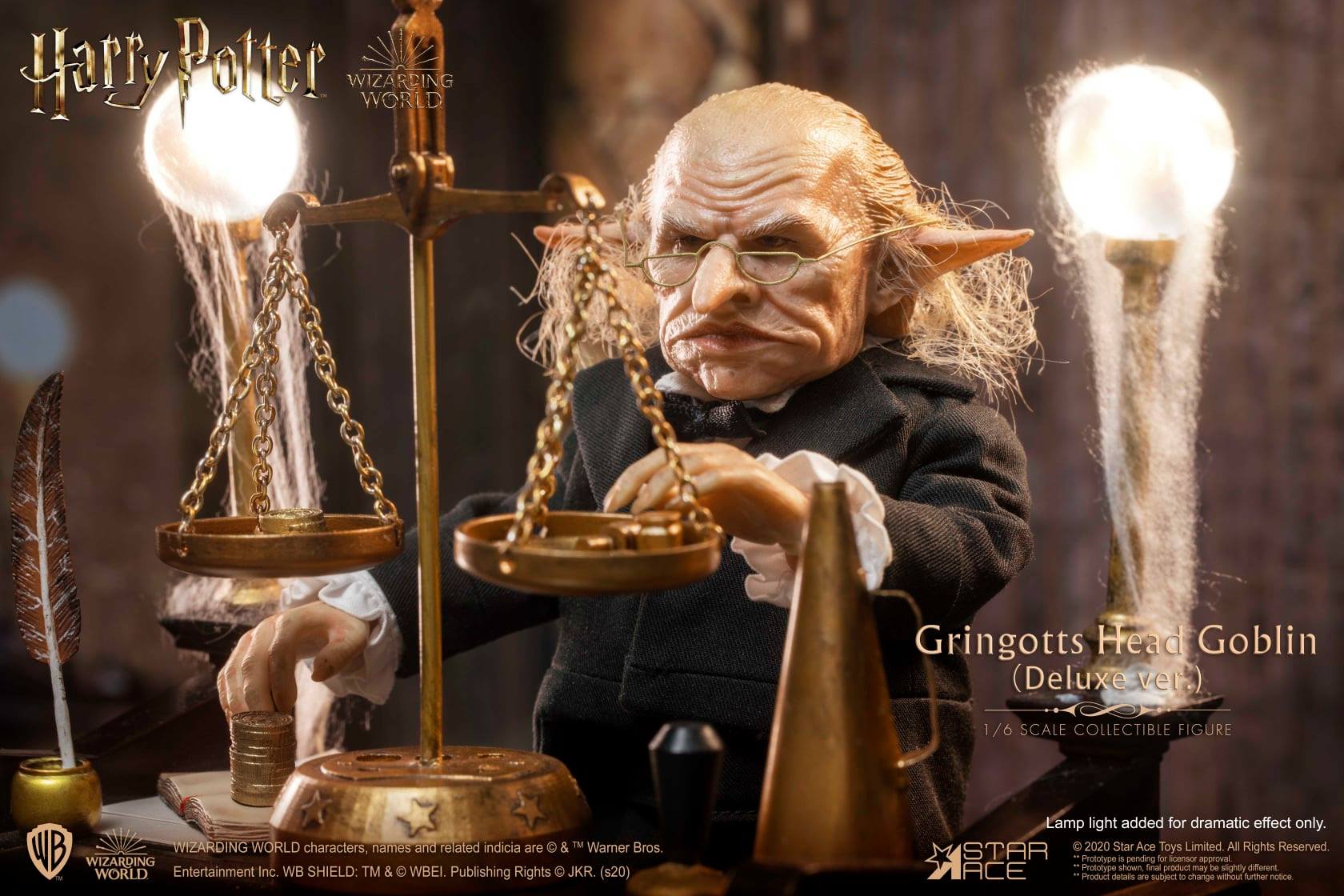 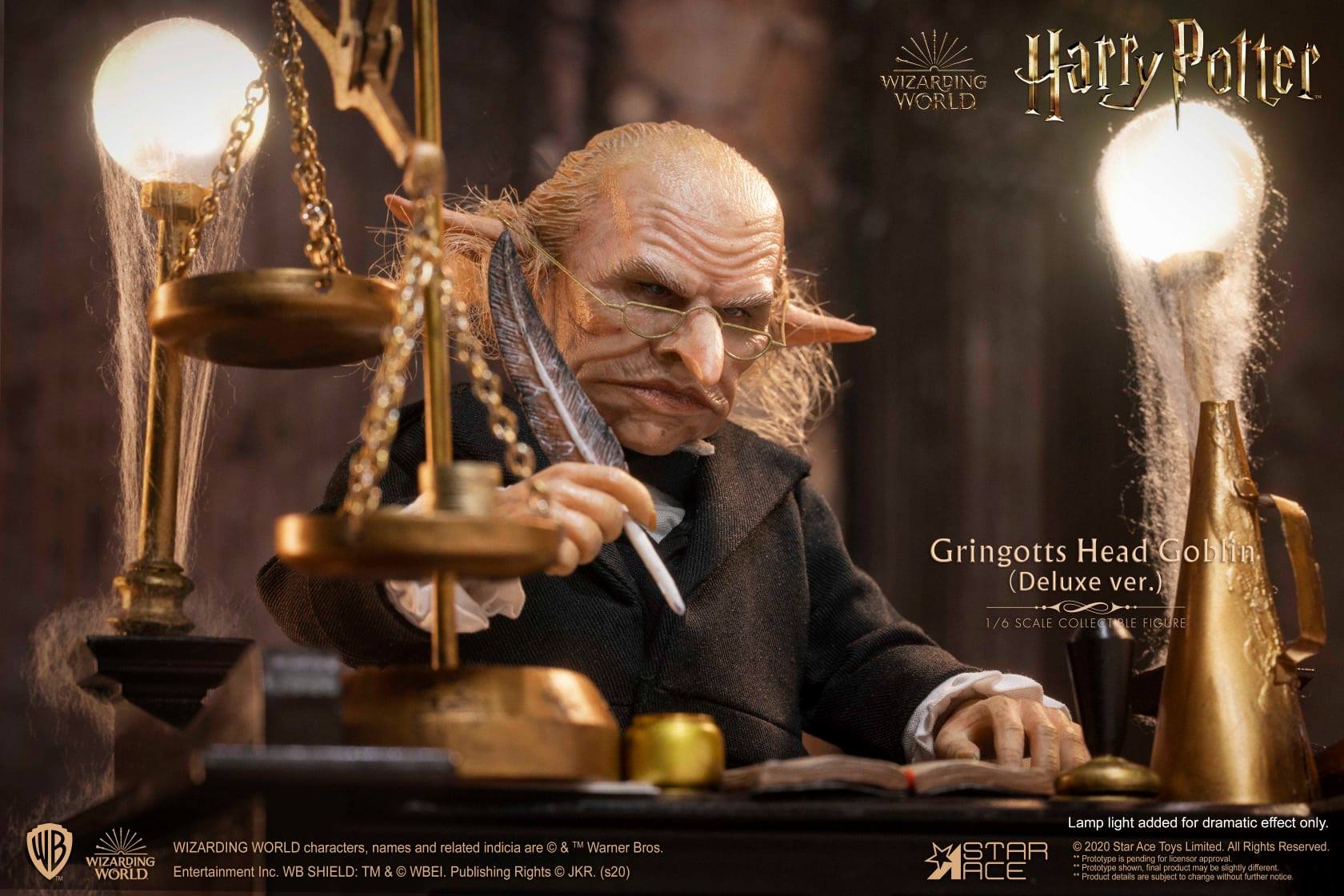 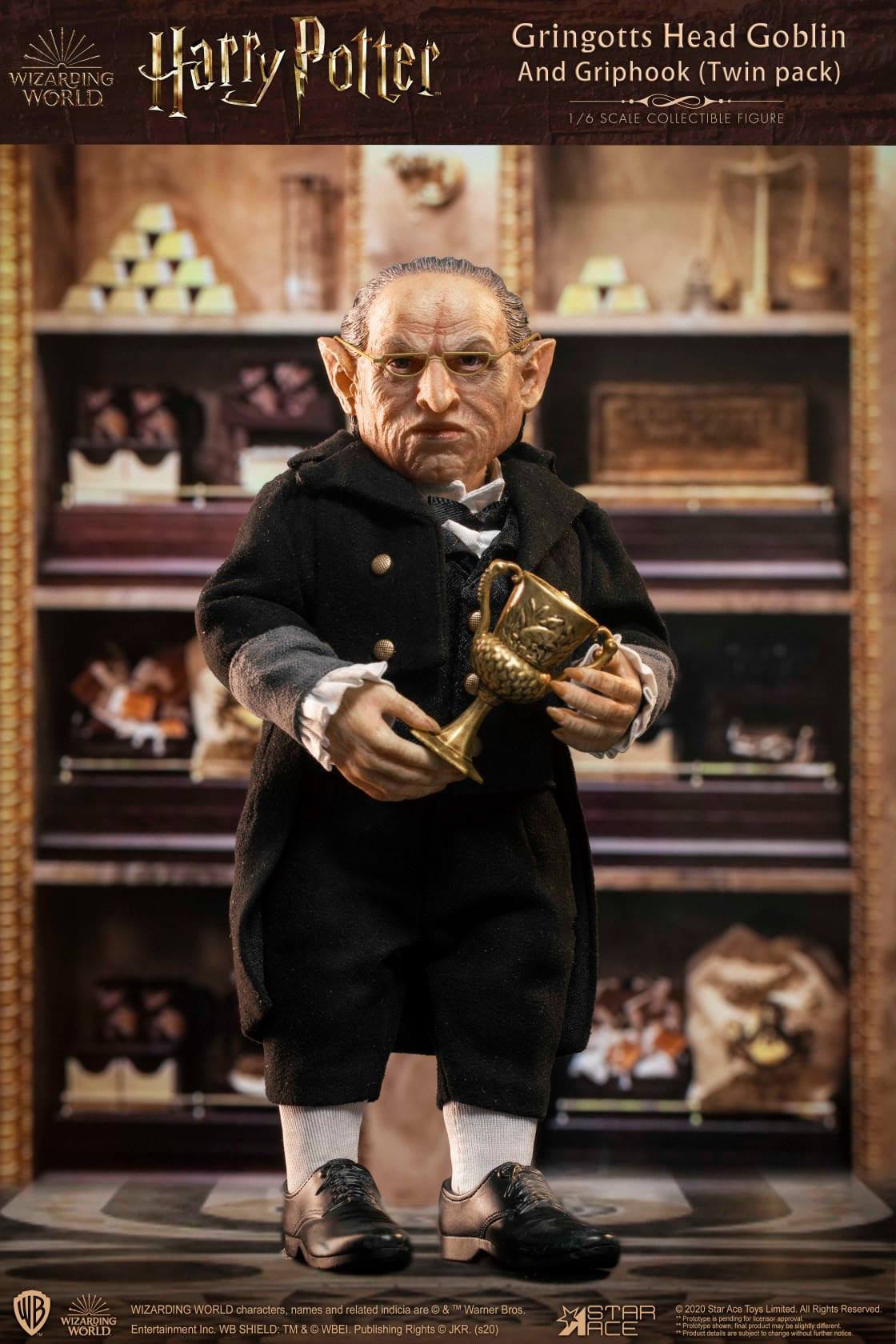 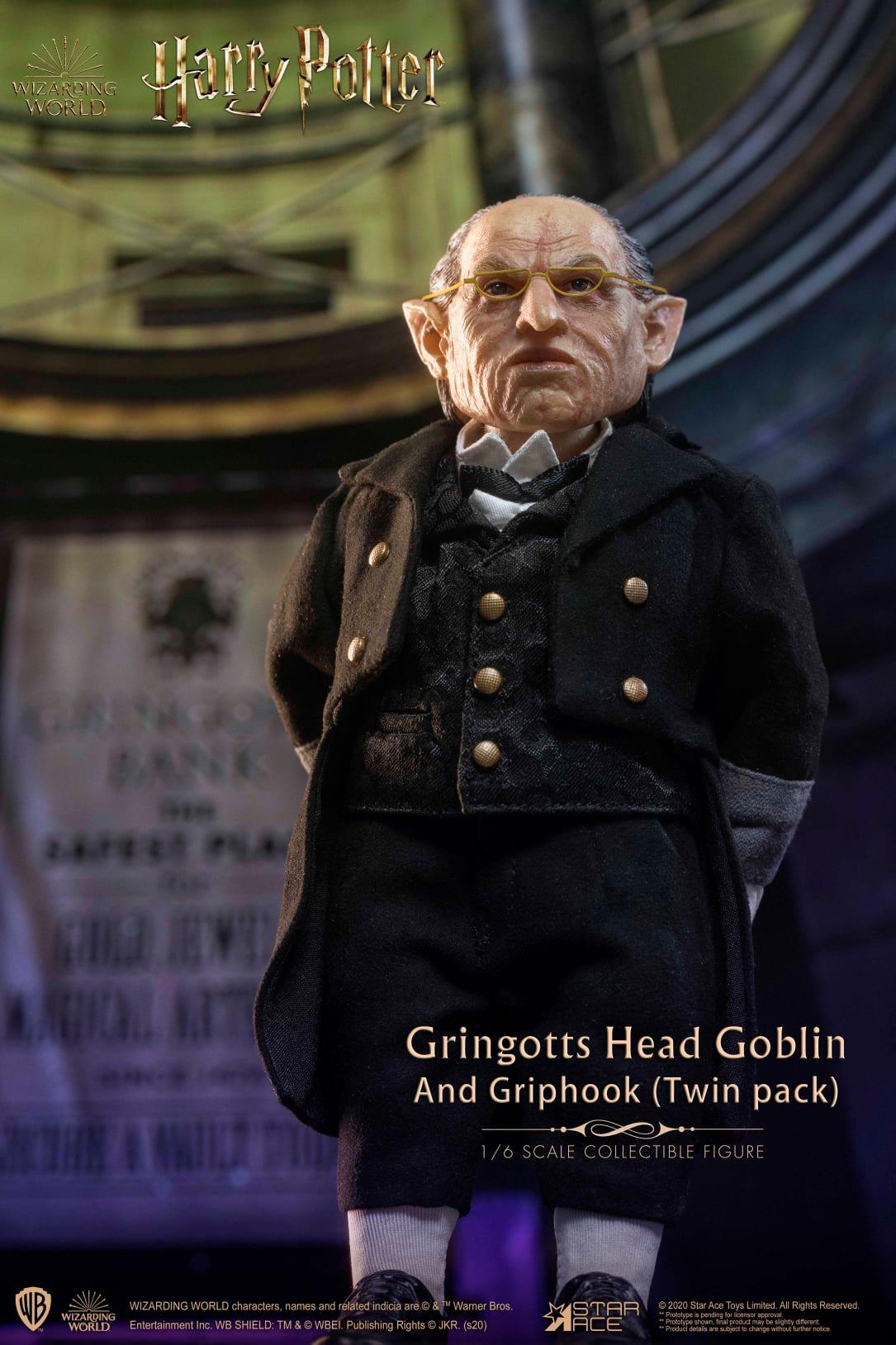 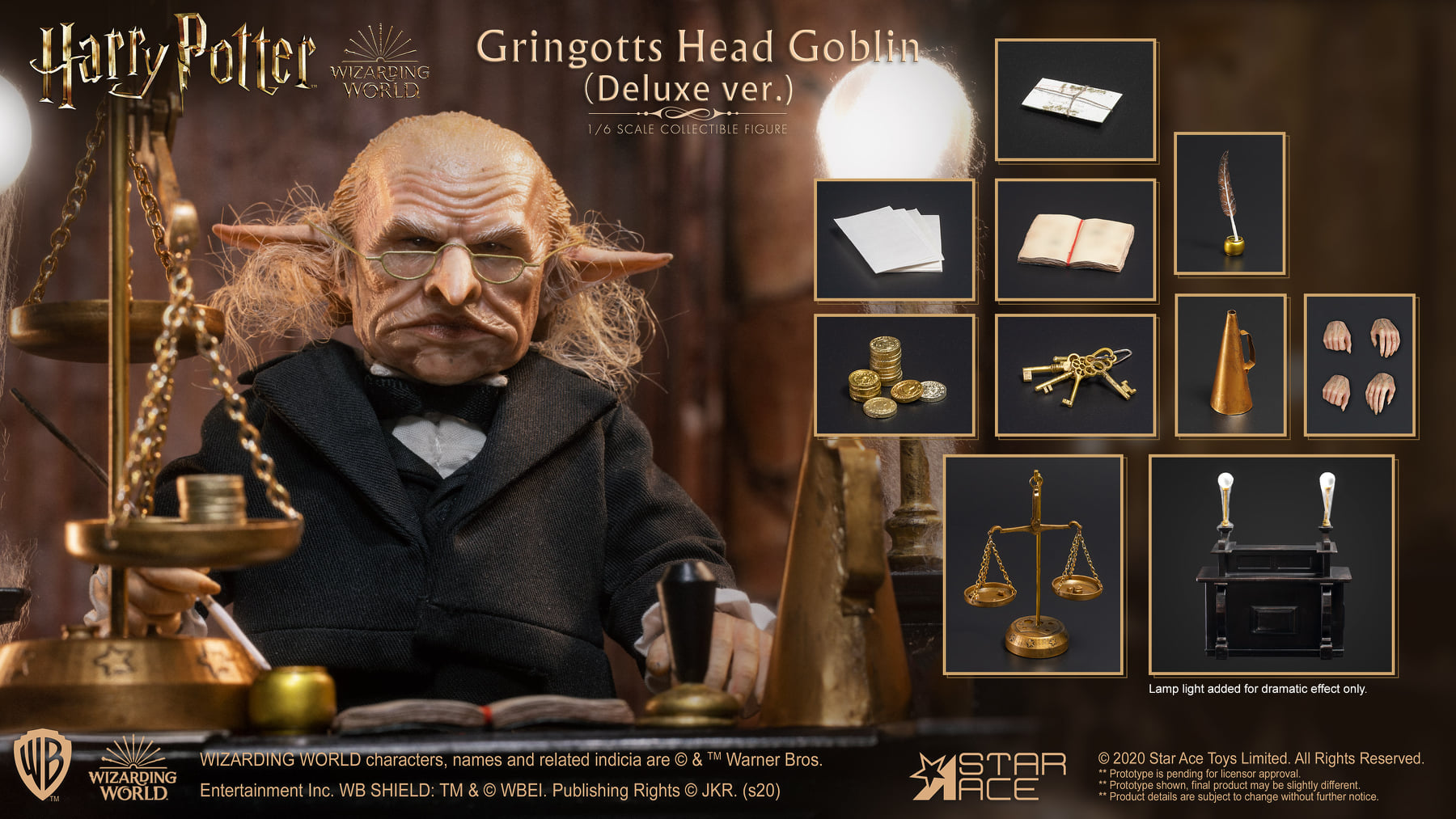 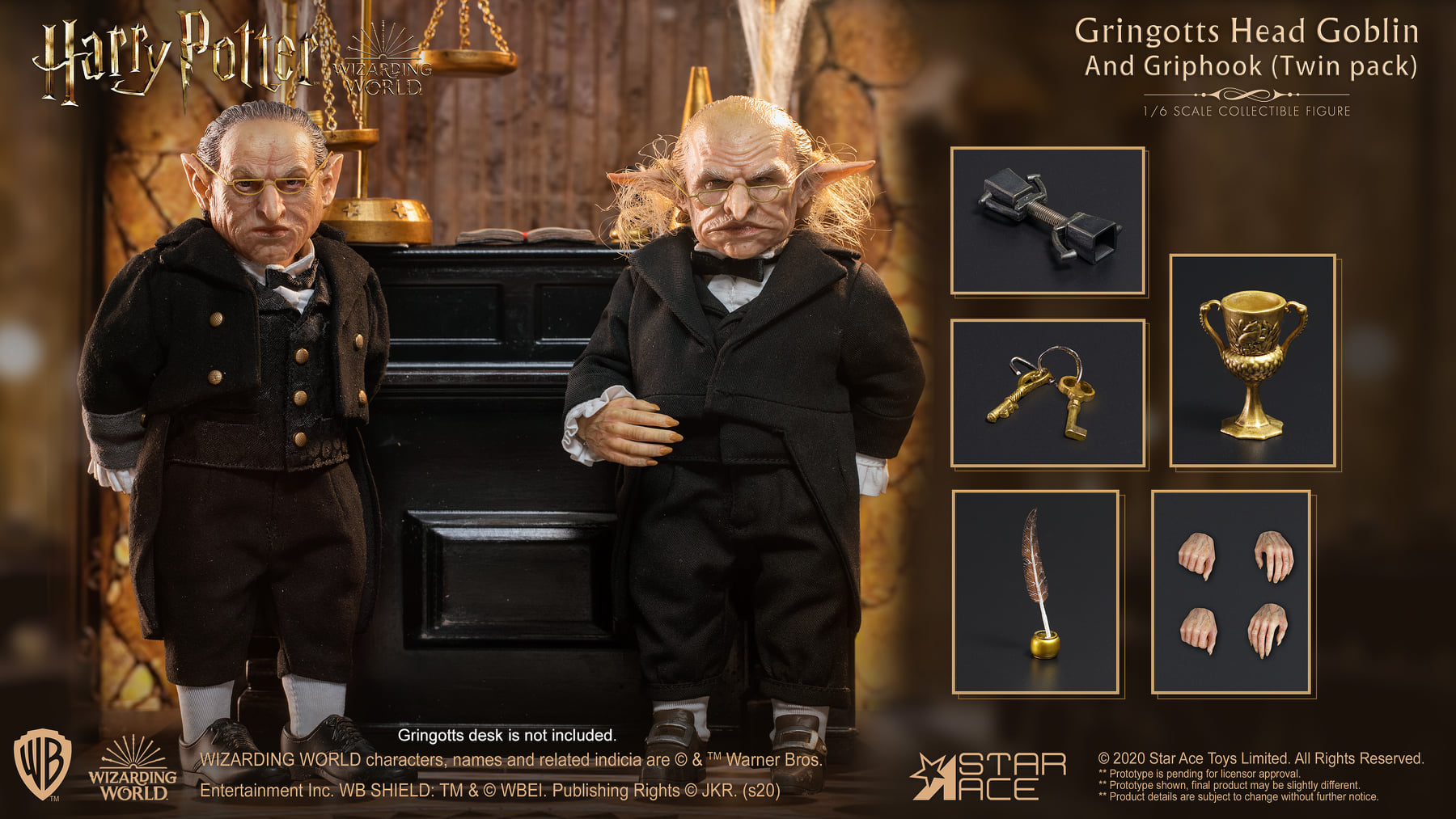 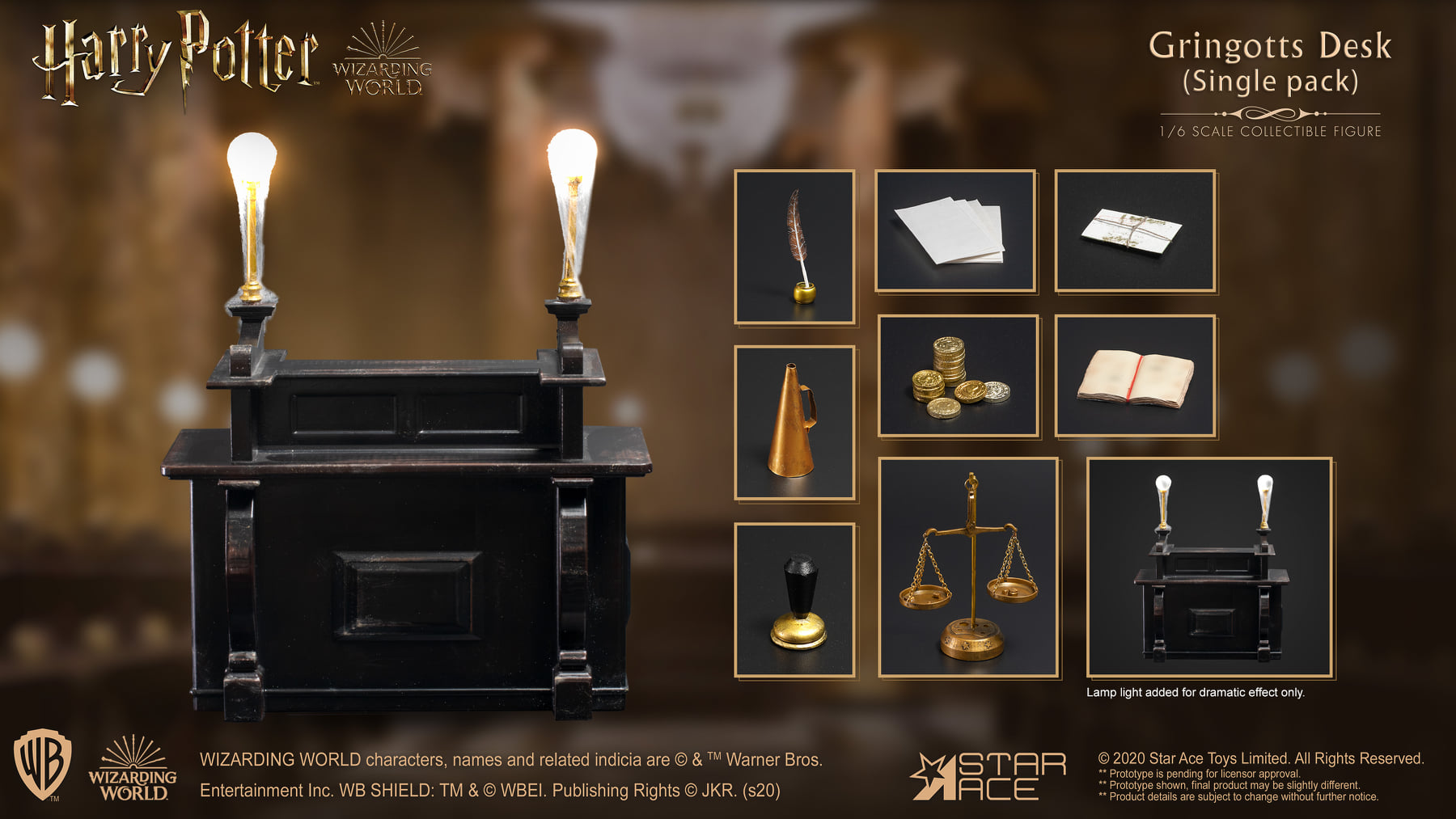 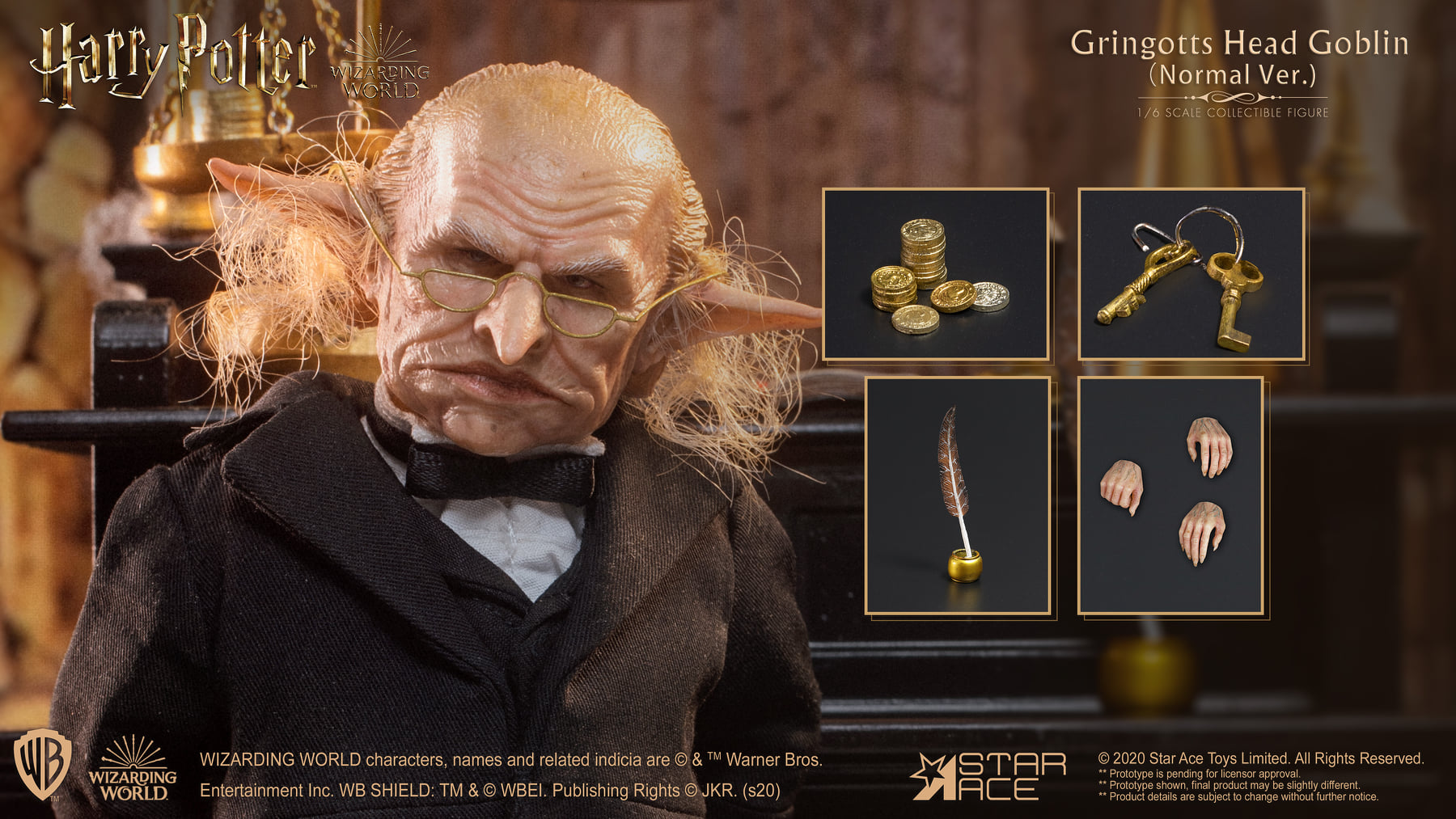 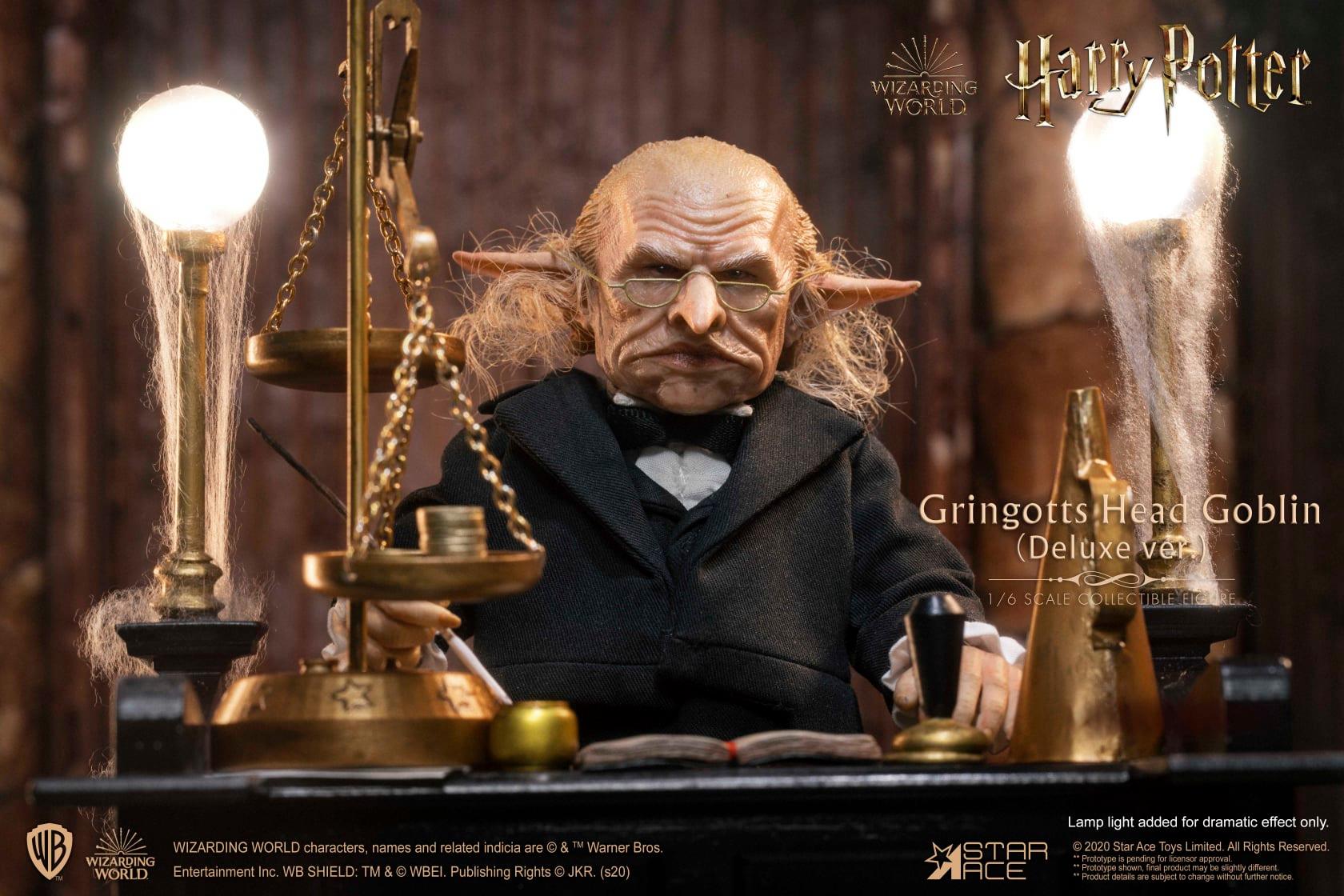 Griphook (for twin pack version):
Three (3) interchangeable hands including:
– One (1) pair of open hands
– One (1) right hand for holding the clanker

Star Ace: Harry Potter and the Goblet of Fire