Hammer Films has reinvented the classic monsters more than once. The Curse of Frankenstein was published in 1959. In contrast to the Universal films with Boris Karloff, Hammer focused on the scientist Victor Frankenstein, played brilliantly by Peter Cushing. The film’s success led to five sequels starring Cushing. In 1970, Hammer attempted a reboot of the series starring Ralph Bates as Baron Frankenstein. The Horror of Frankenstein” was only moderately successful and so it stayed with this one film.

Star Ace presents the monster from »The Horror of Frankenstein«. This 1:6 scale figure stands 32 cm tall and is fully articulated and features a portrait of Dave Prowse as a creature. (Dave Prowse will be known to most of you as the actor wearing the Darth Vader helmet in »Star Wars«) The costume is made after the original look and he comes with a severed head in a jar, a bloody axe, a necklace , laboratory equipment, several hands and a fabric curtain.

The deluxe version also features a two-sided polystone lab backdrop and a standing lab bench for displaying the creature. 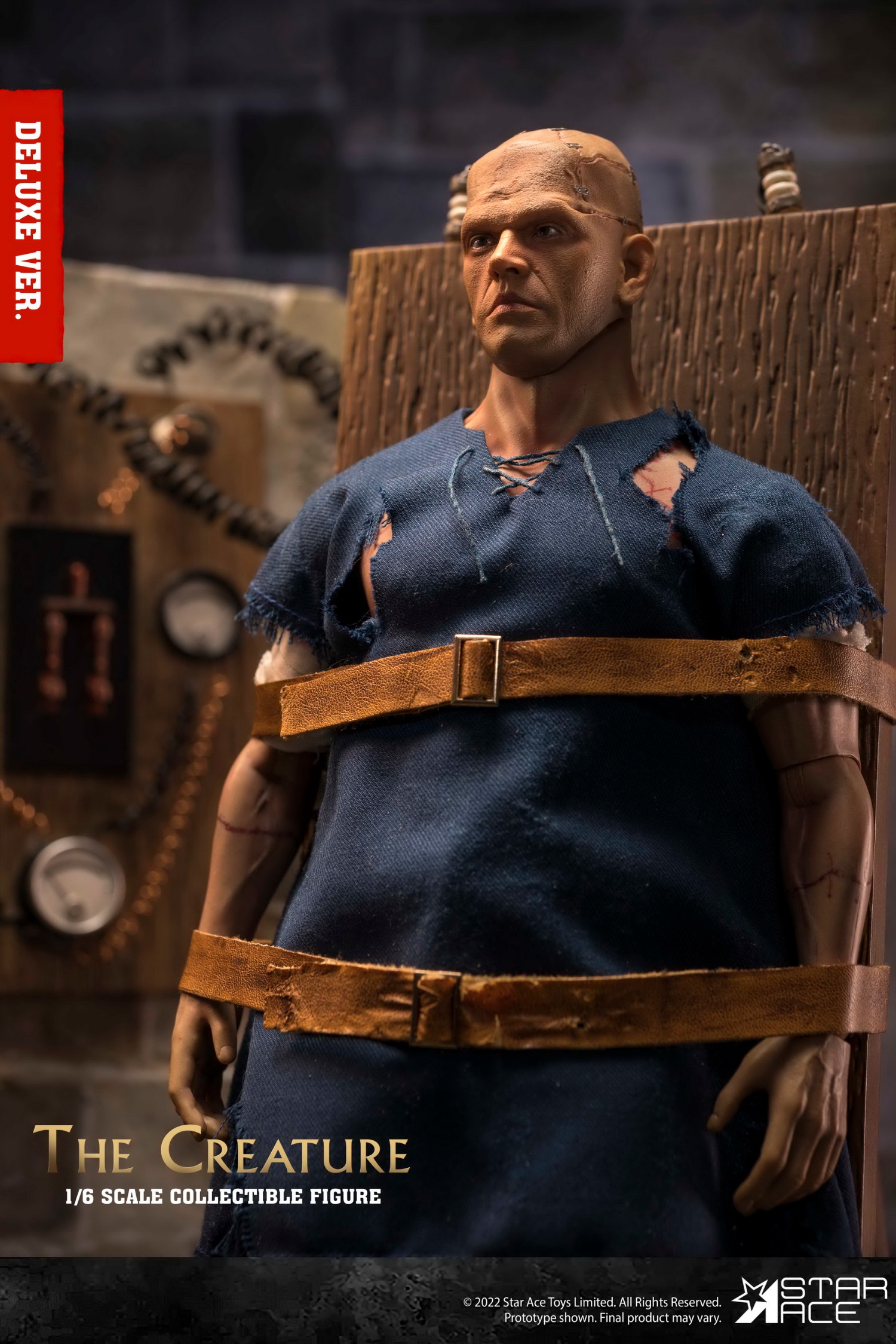 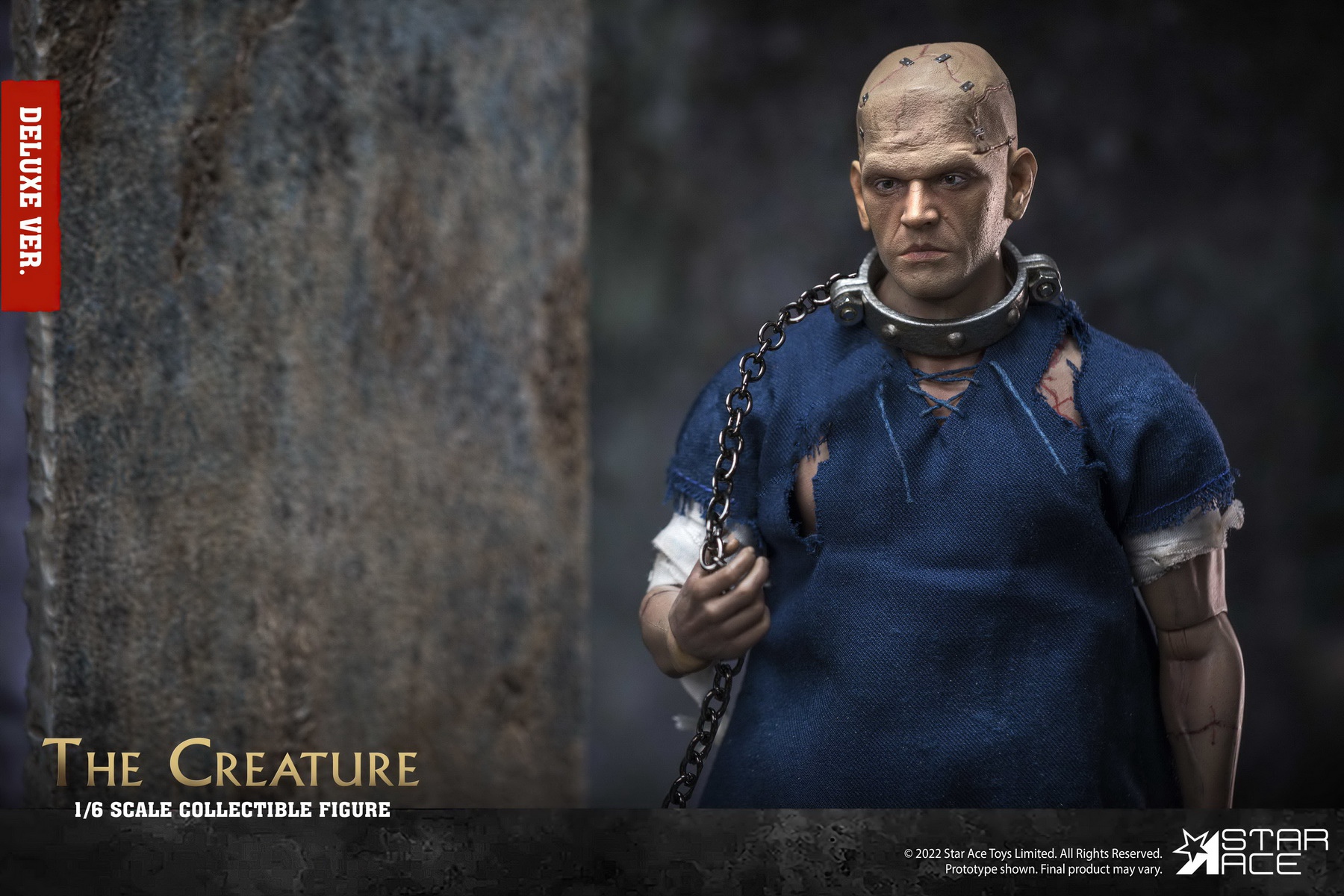 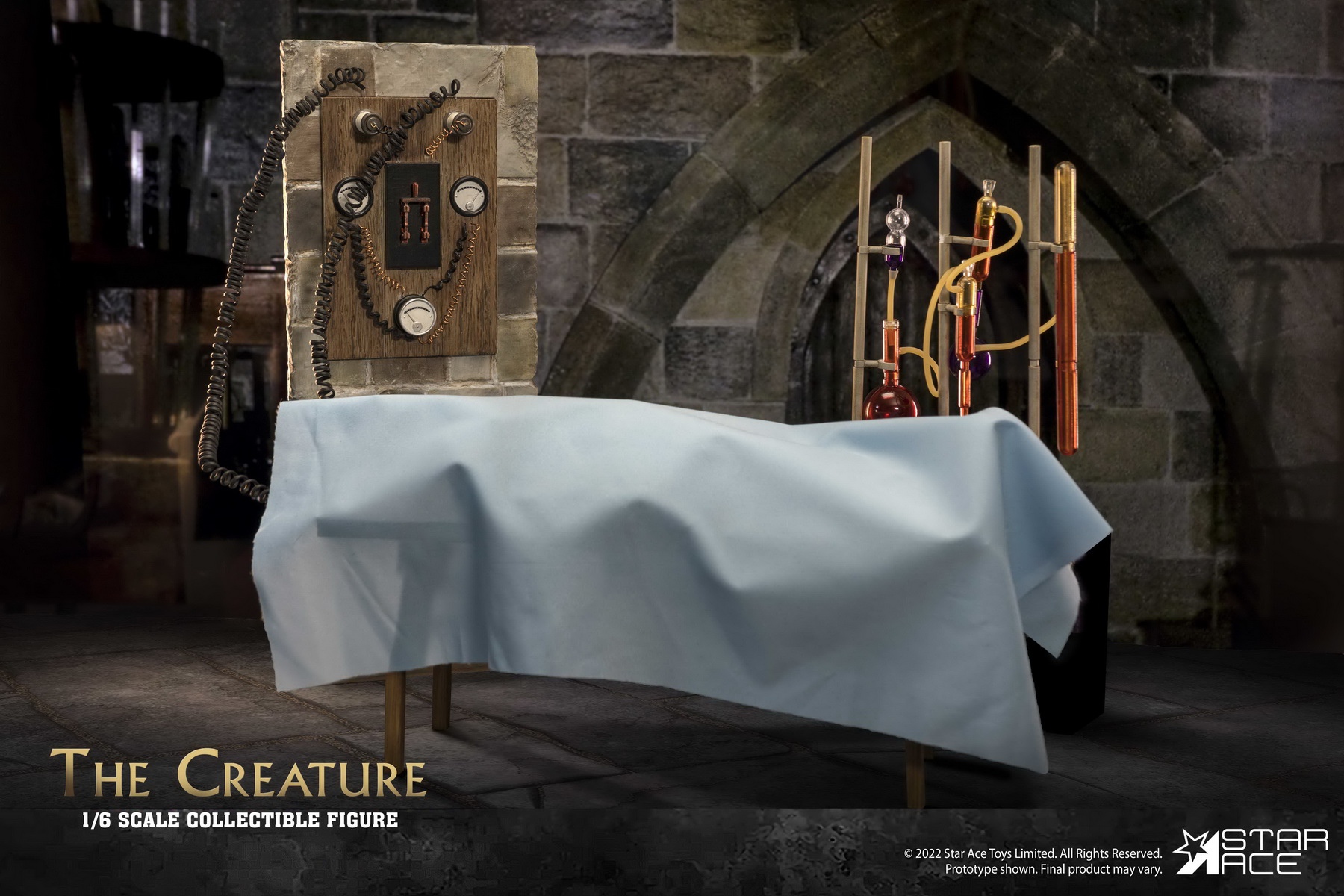 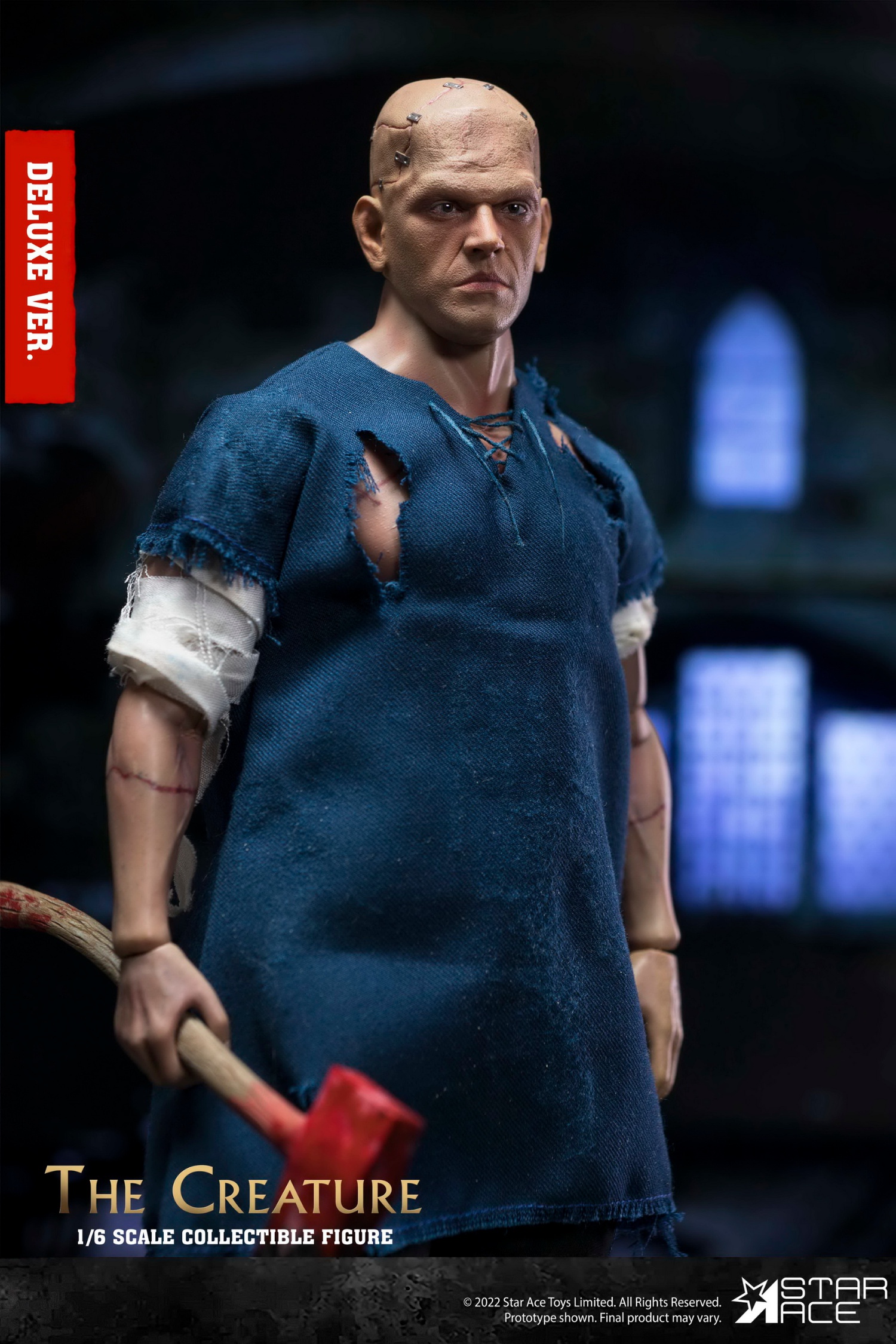 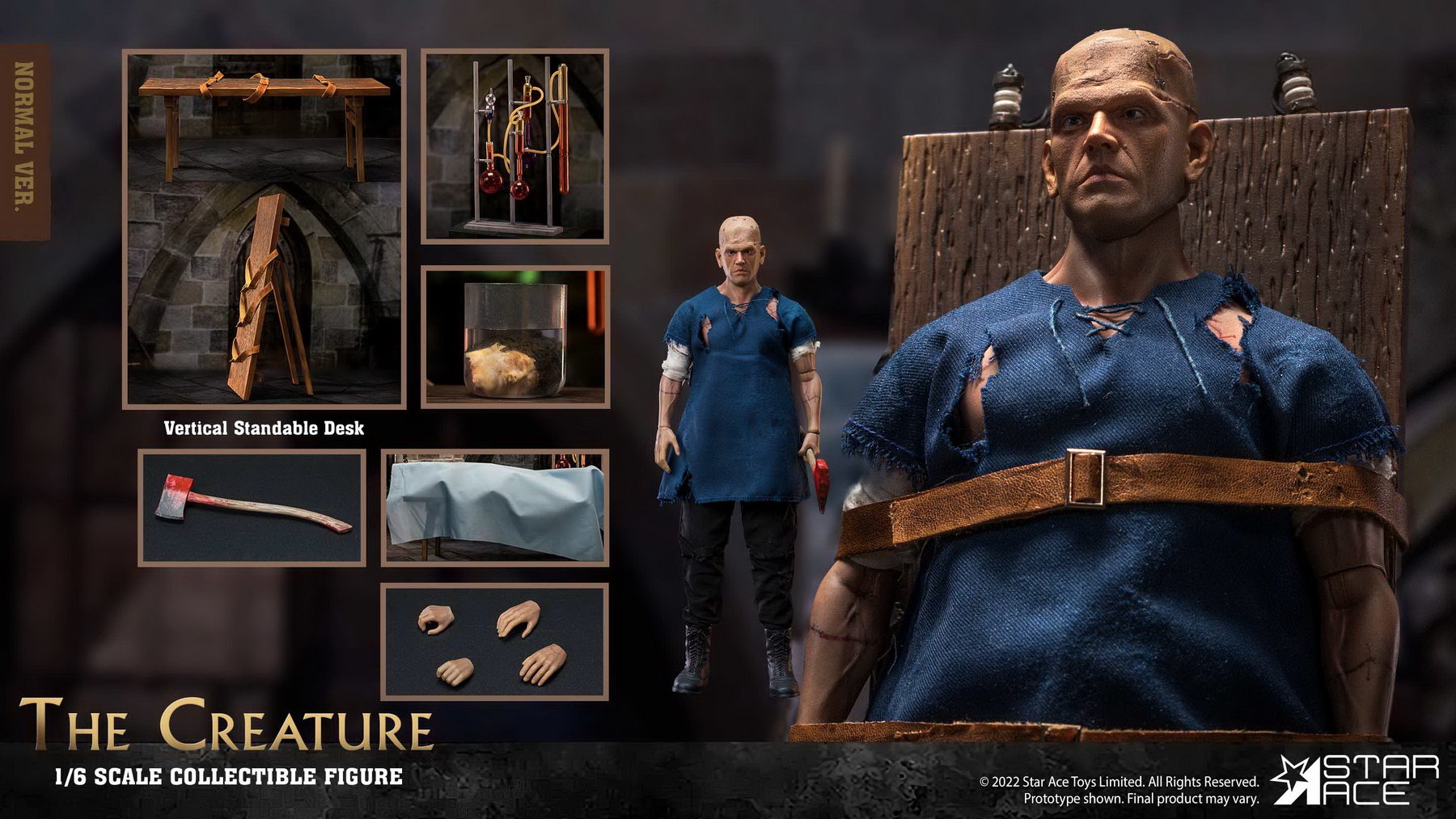 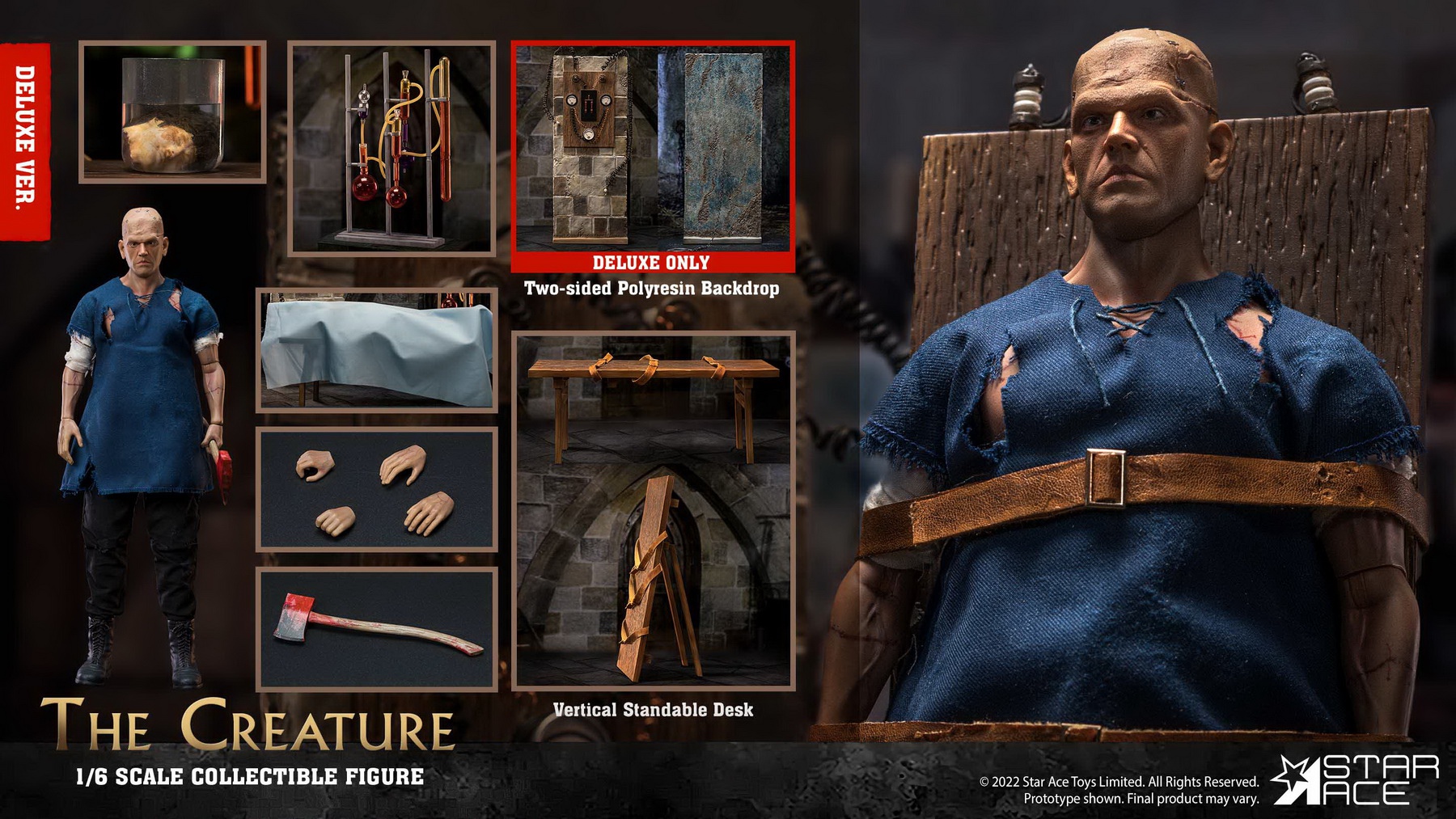