Following Former 1st Class Soldier VM-033, our team brings you his whole new image from the animated film. Based on VM-033, we modified all the costume and weapon accessories, as well as a lot of the character details to match the image that appeared in the film version.

To reflect the strong and slender shape of the game character, we have modified the body and adopted seamless arms, while perfectly making sure that he looks great and is highly poseable.
We produced the costume brand new, using different fabric materials to meet the requirements of different parts. Also, we added multiple sections of iron wire to the skirt to facilitate your styling adjustments. For the left arm sleeve, we have also designed it to be removable to recreate the looks from different periods. A pink ribbon is also attached to the left arm.
On top of the costume, the character’s iconic sword set was also carefully crafted with many rotation points and details added according to its form, displaying an unprecedented exquisiteness.
The greatest feature of this product is a new weapon that is the world’s first mass-produced, without swapping parts, fully transformable, fully assembled version – Fusion Sword. The team presents this complete weapon to you for the first time after studying a lot of information. While ensuring it looks highly accurate, we also fully recreated the transformation structure of each weapon. Moreover, we fully considered the problems that such a huge weapon could encounter when combined. After a lot of research and practical verification, we have ensured the stability and completeness of its form in the final combined state.

In addition, a number of carefully crafted new hands are also included. The cellphones are of great significance in the game, so we have also carefully crafted it with reference to the real prototypes.
On top of the above contents in the standard version, we are also releasing an even more collectible version. In the Collector’s Edition, we have created a large diorama base. The design is of taken from the final battle of the movie. We thoughtfully extracted, redesigned, and combined various iconic elements of the location. Not only are there exposed pipes, complicated ground shapes, but also broken company logos. In addition, we have designed many spots on the base for placing different weapons to recreate the movie scene after the character performed his final trick, offering you an alternative pose and display.
Last but not least, we will also give you a Buster Sword with special finishing and its special display base.
The small diorama was designed with reference to the rusted Buster Sword in the movie and the stone sculpture location where the Buster Sword was placed at the end.

Exclusive Accessories for the Collector’s Edition:
– Exclusive base
– Buster Sword with special finishing
– Base for Buster Sword 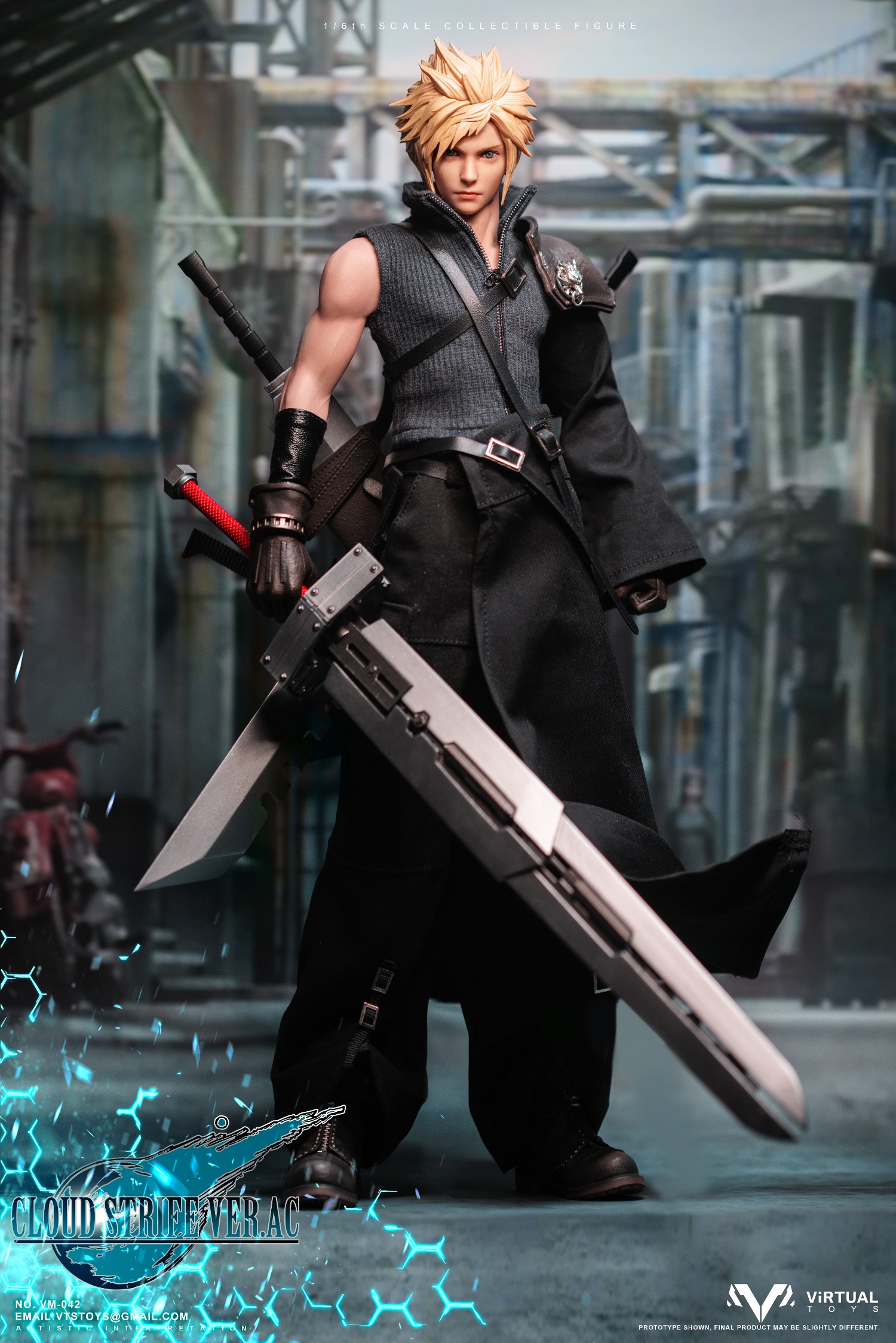