Imperial Scout Troopers are lightly armored compared to other stormtroopers, which allows them to move more quickly and easily in a range of environments. On EndorTM, Scout Troopers riding speeder-bikes patrolled the forests, guarding against threats to the shield generator protecting the second Death StarTM during its construction in orbit above the moon.

The highly-accurate Scout Trooper collectible figure is skillfully crafted based on the character’s appearance during the thrilling sequences from Star Wars: Return of the Jedi. It features a newly developed helmet and armor with weathering effects, a finely tailored fabric body suit, a blaster pistol, a blaster rifle, and a themed display stand!

The 1/6th scale Speeder Bike is crafted with astonishing craftsmanship showcasing the mechanical details of the vehicle and measures at approximately 50cm in length. It features great paint applications, articulated foot pedals, steering vane, and engine flaps, a cargo bag at the back of the machine, and a themed diorama base! 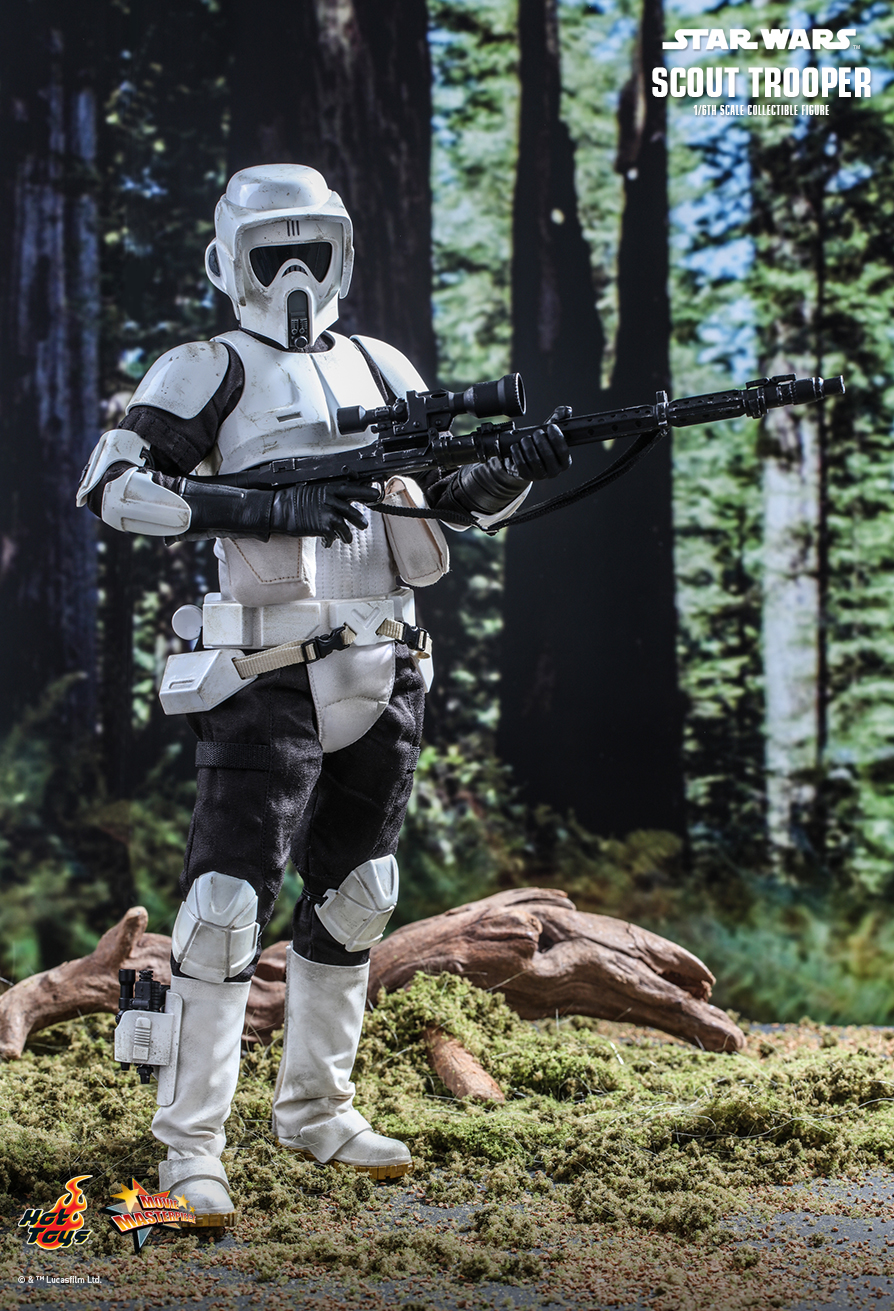 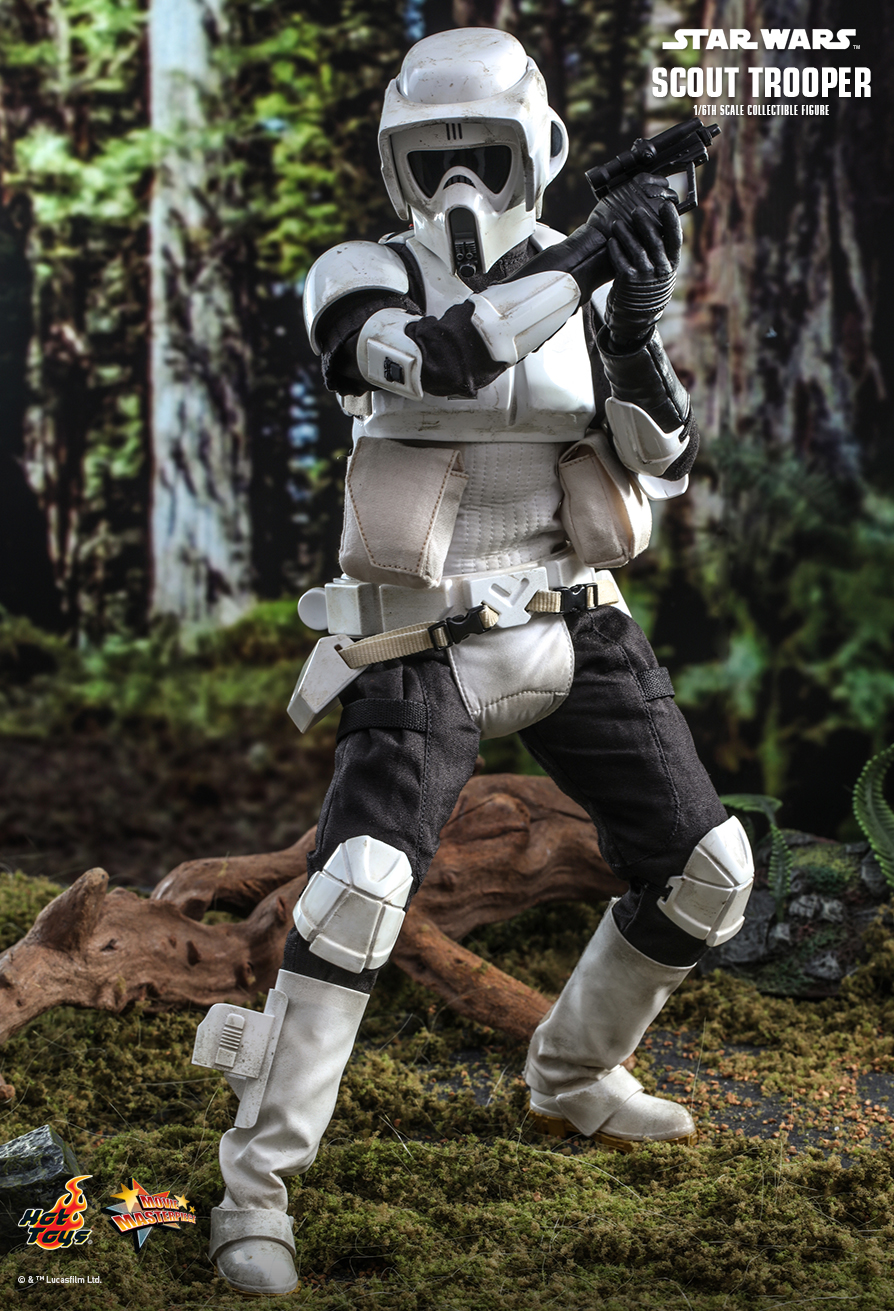 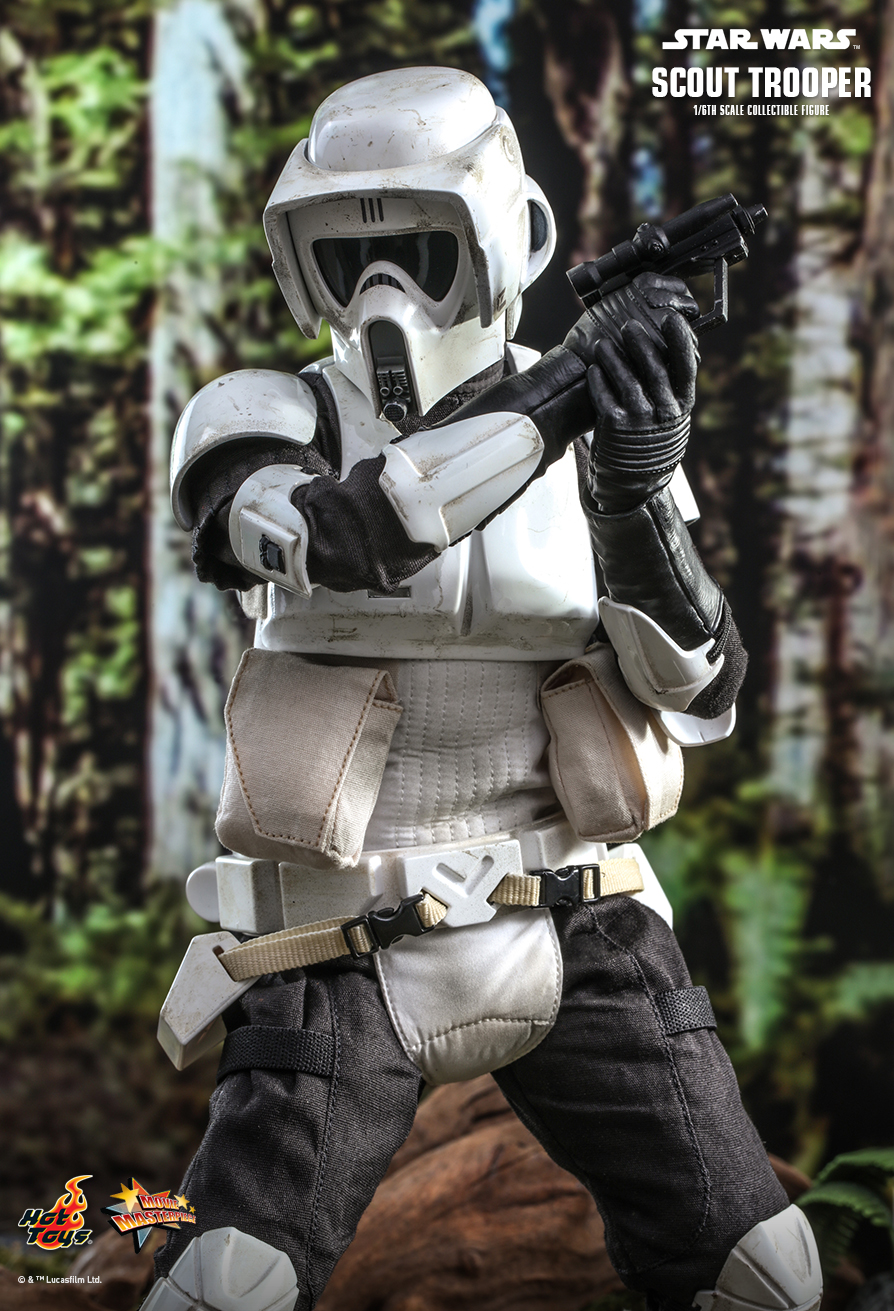 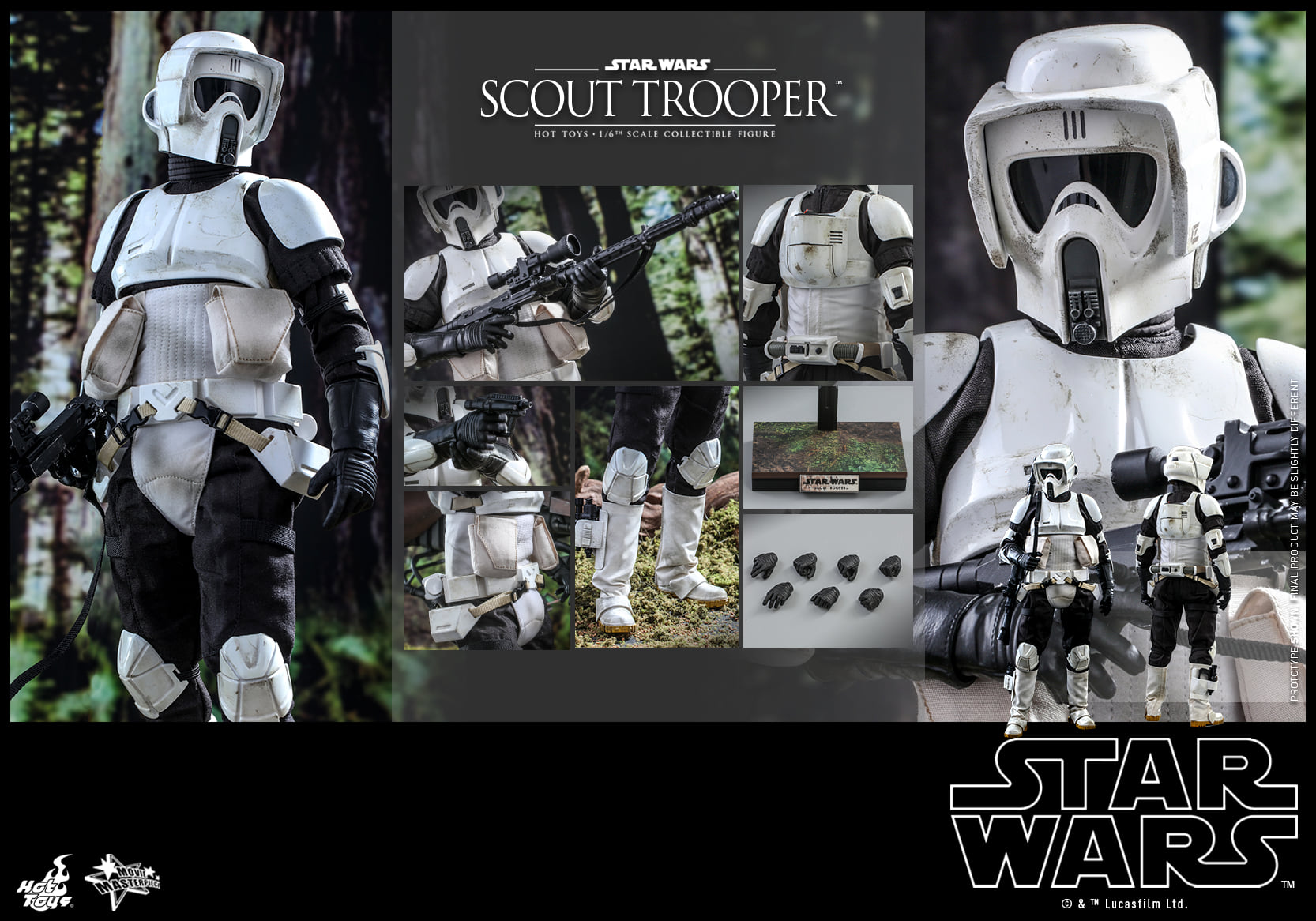 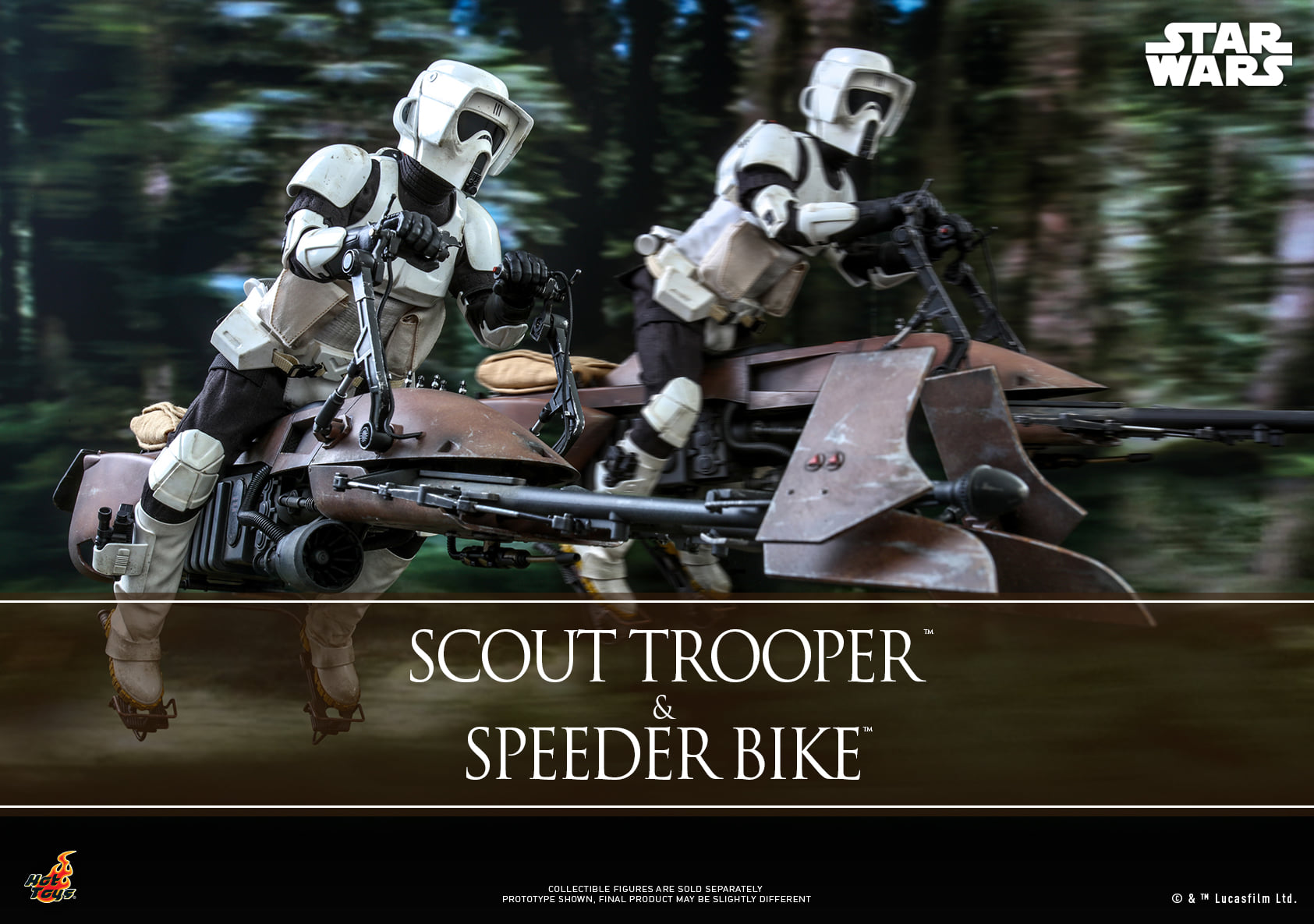 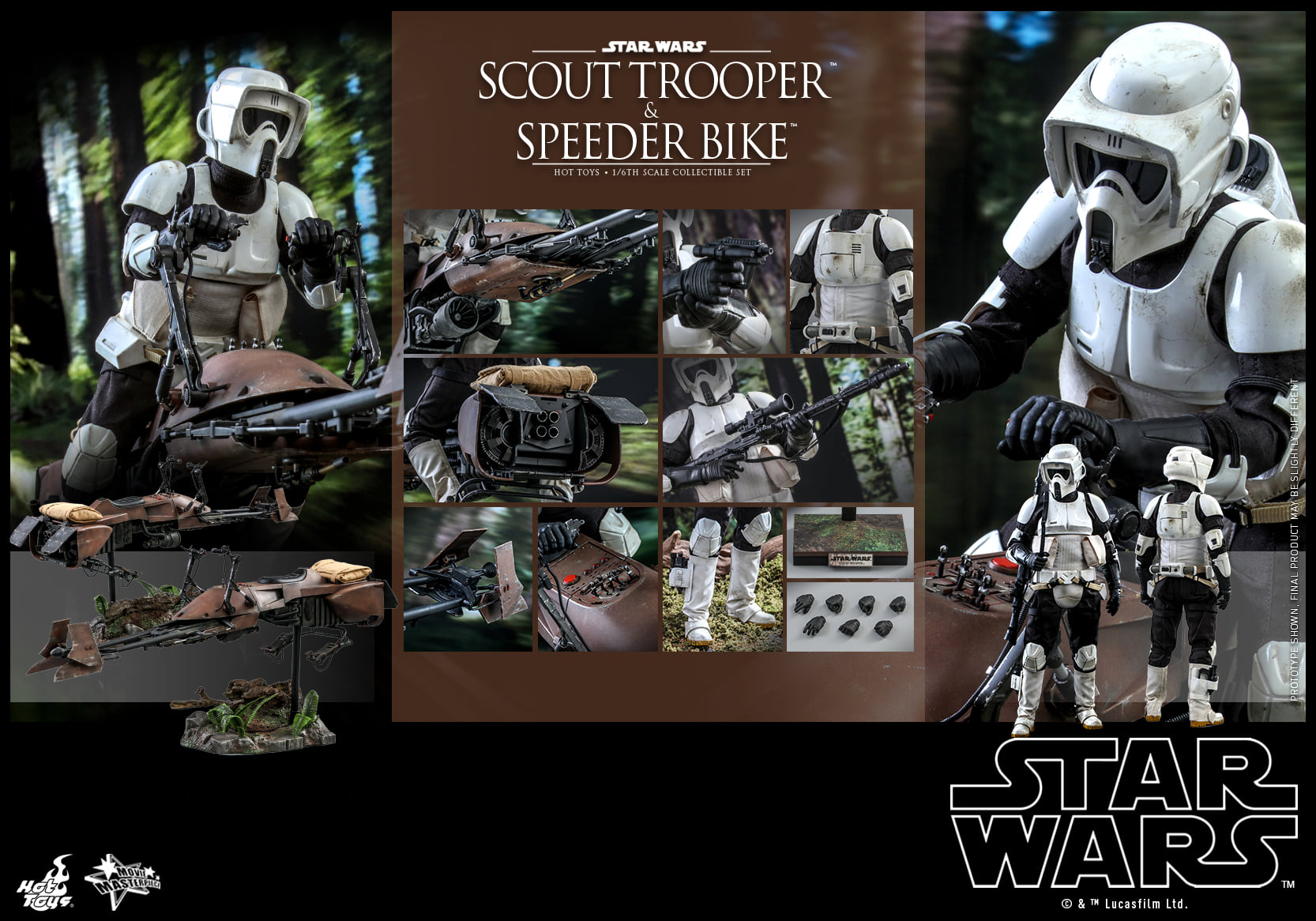