Deadpool is an expert marksman, a master of various martial arts, and mostly seen with using katanas, but who knows if he also owns a set of heavily weaponized armors?

Reimagining your beloved characters in stylishly looking armored outfits, Sideshow and Hot Toys are excited to bring in a new Armorized Warrior Collection that explores characters from new dimensions by developing highly advanced suits with respect to their signature looks!

Crafted based on the reimagined appearance of Deadpool in armored suit, the highly-detailed figure features a newly crafted helmet head with LED-light up function; intricate design of  a heavily advanced suit painted in signature red and black with matte finishing and dark silver highlights; LED light-up function design on eyes, Arc Reactor, and hands; a selection of signature weapons including a pair of Katanas, pistols that can be combined and transformed into a heavy machine gun, saias, dagger, and shurikens; multiple pairs of interchangeable hands; and a figure stand for display. 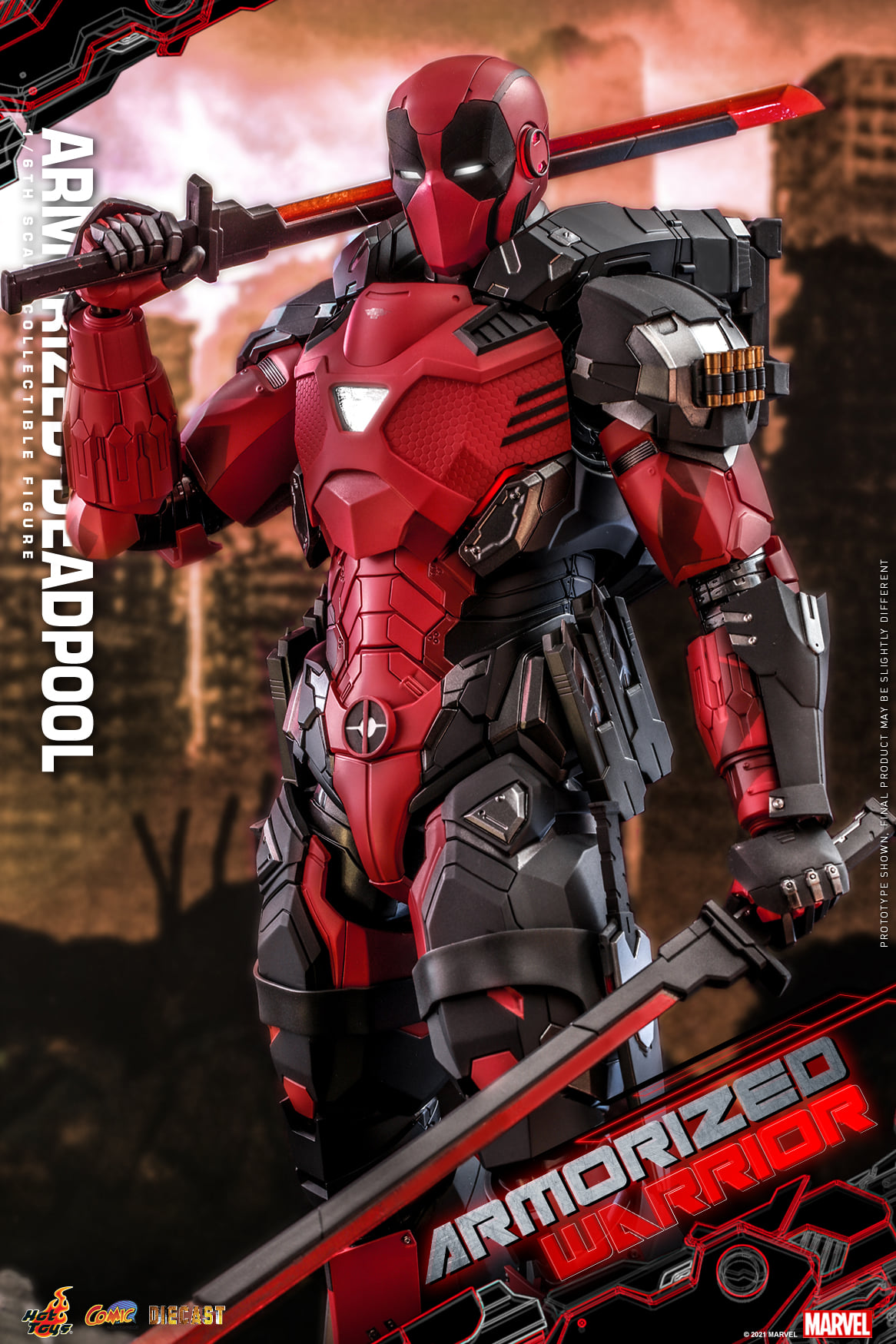 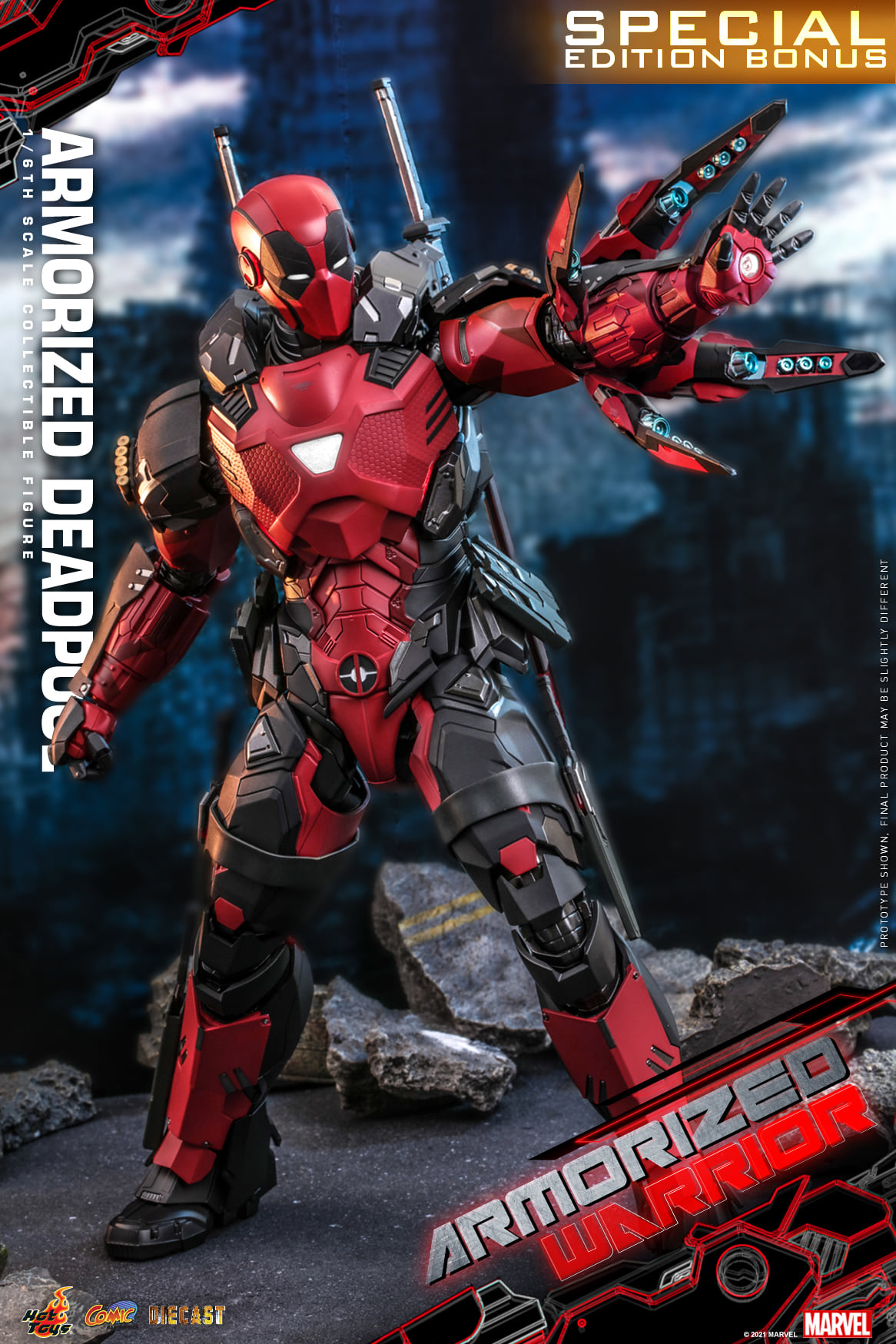 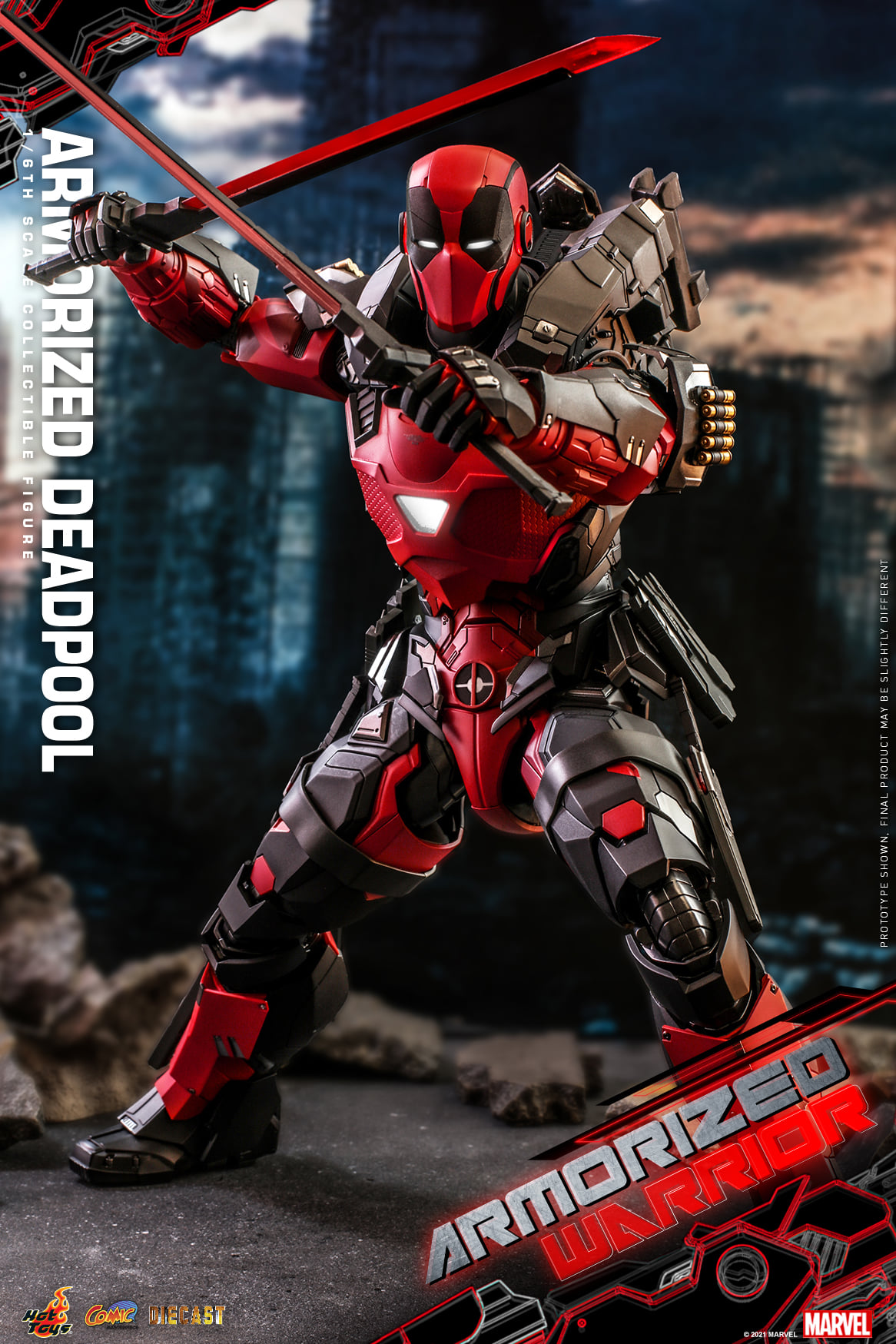