The origin of all preceding Iron Man, Mark I was manually crafted by Tony Stark from limited resources found in the cave, including pieces of scrap metal and machine parts, as part of the plan to escape from the terrorists. Taking fans back to the beginning where it all started, Hot Toys is extremely thrilled today to present a diecast version of your favorite superhero in his very first generation of Iron Man armor!

The stunningly detailed 1/6th scale Iron Man Mark I collectible figure is crafted based on the first suit, features a newly painted helmeted head sculpt of Robert Downey Jr. as Tony Stark; highly-accurate Mark I armor parts made in diecast material with real wires and cables attached showcases armor’s complexity; multiple layers of steel-like painting in metallic silver and bronze to modify texture and weathering effects; LED light-up functions on Arc Reactor and forearm; highly-accurate engine motor on the back with rotary design simulating a running engine; the iconic weapon Flamethrower and effect accessories to recreate scenes from the movie; and a themed diorama base enhancing the collection experience.

Iron Man fanatics surely can’t pass up on the opportunity to have this signature figure among your Marvel display! 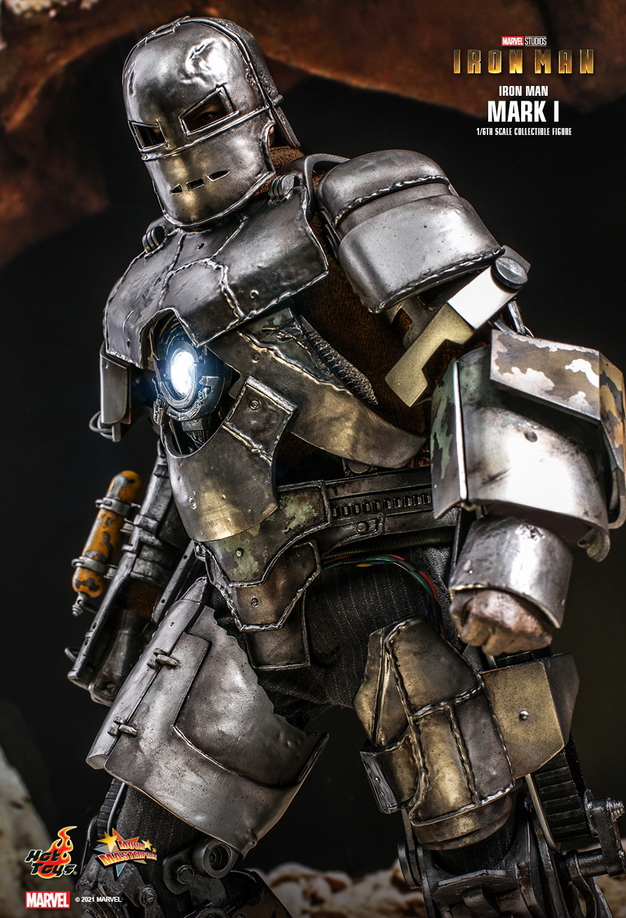 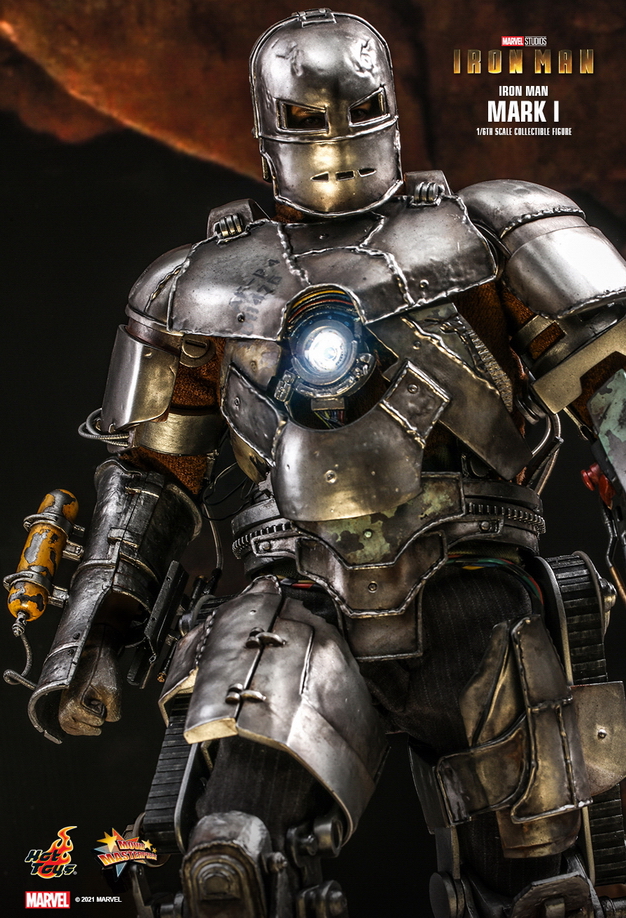 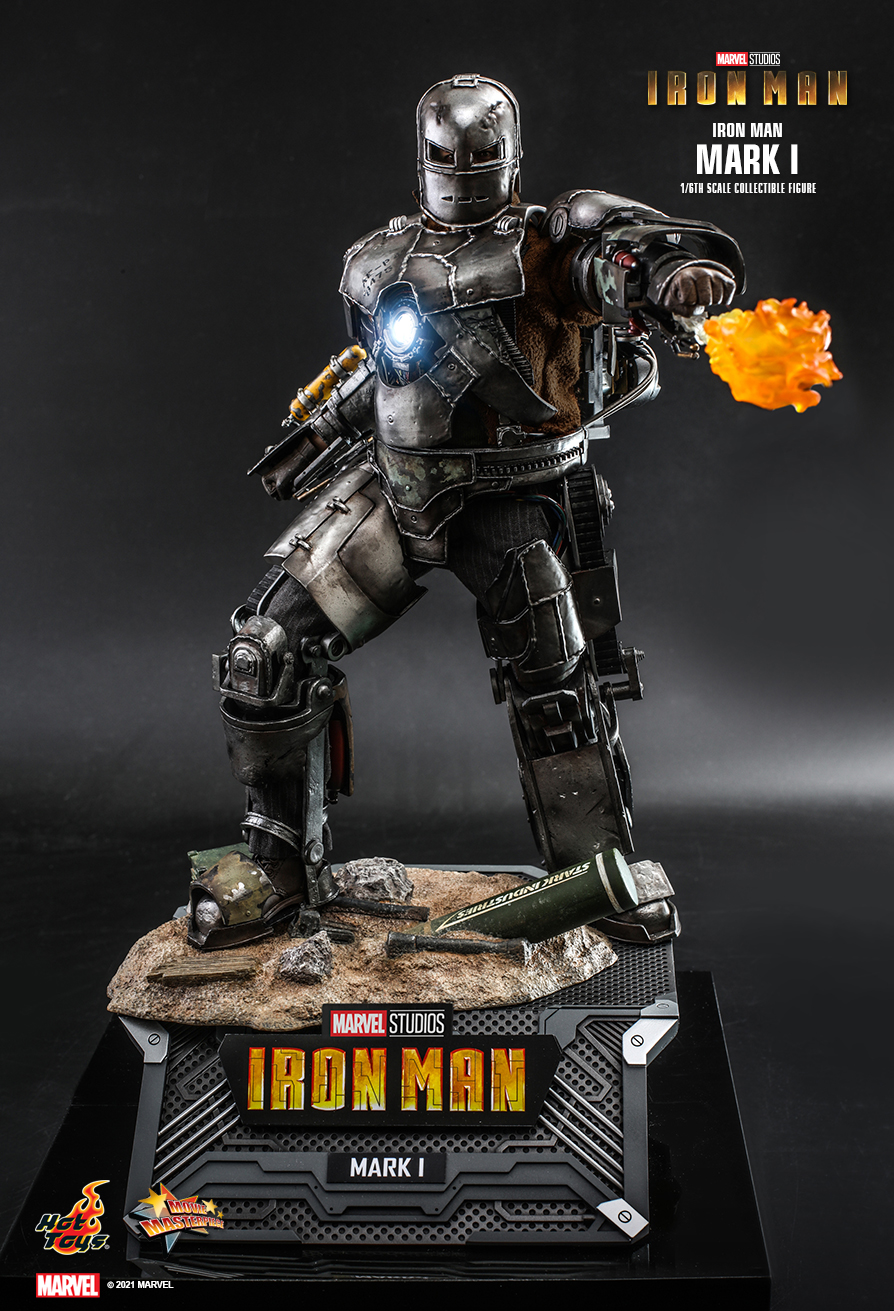 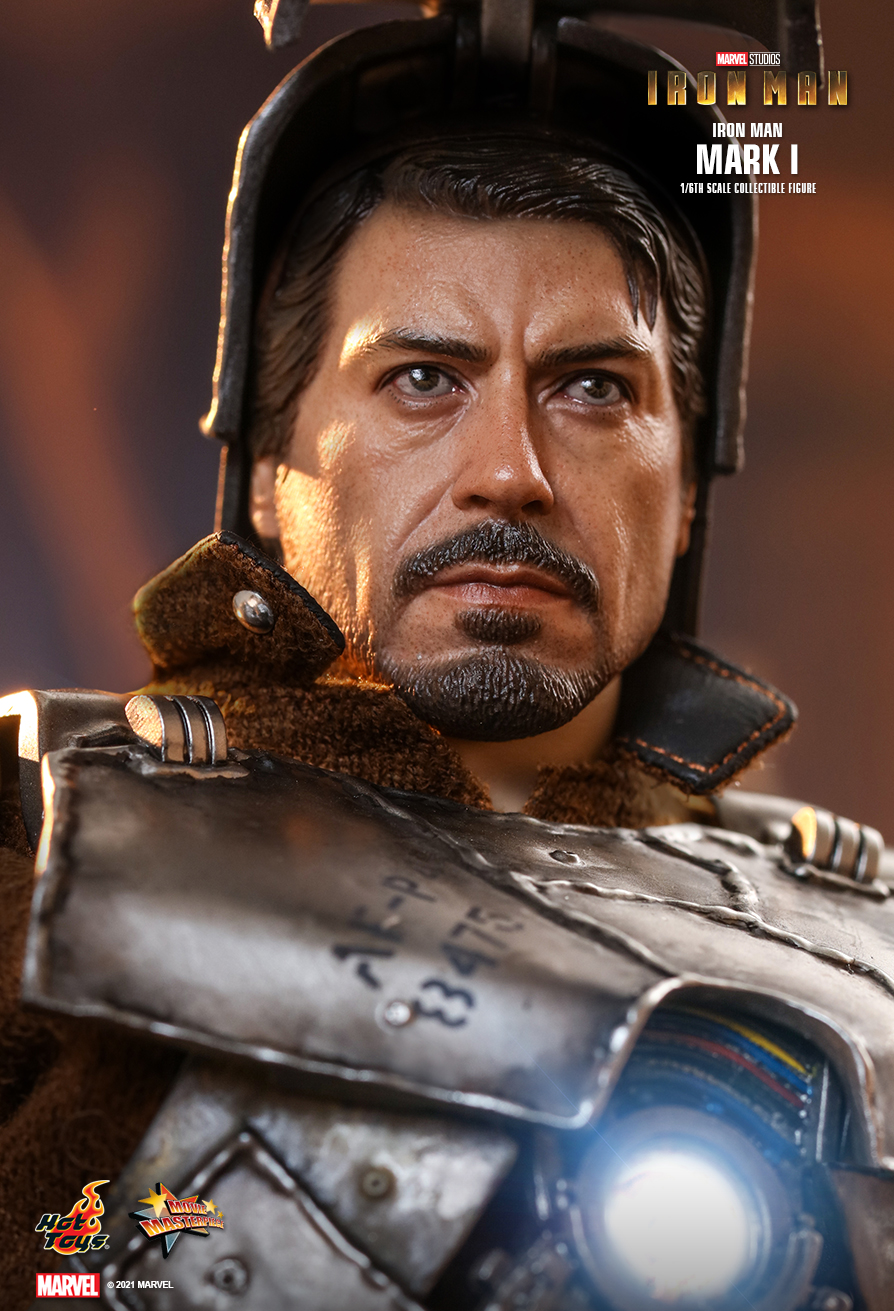 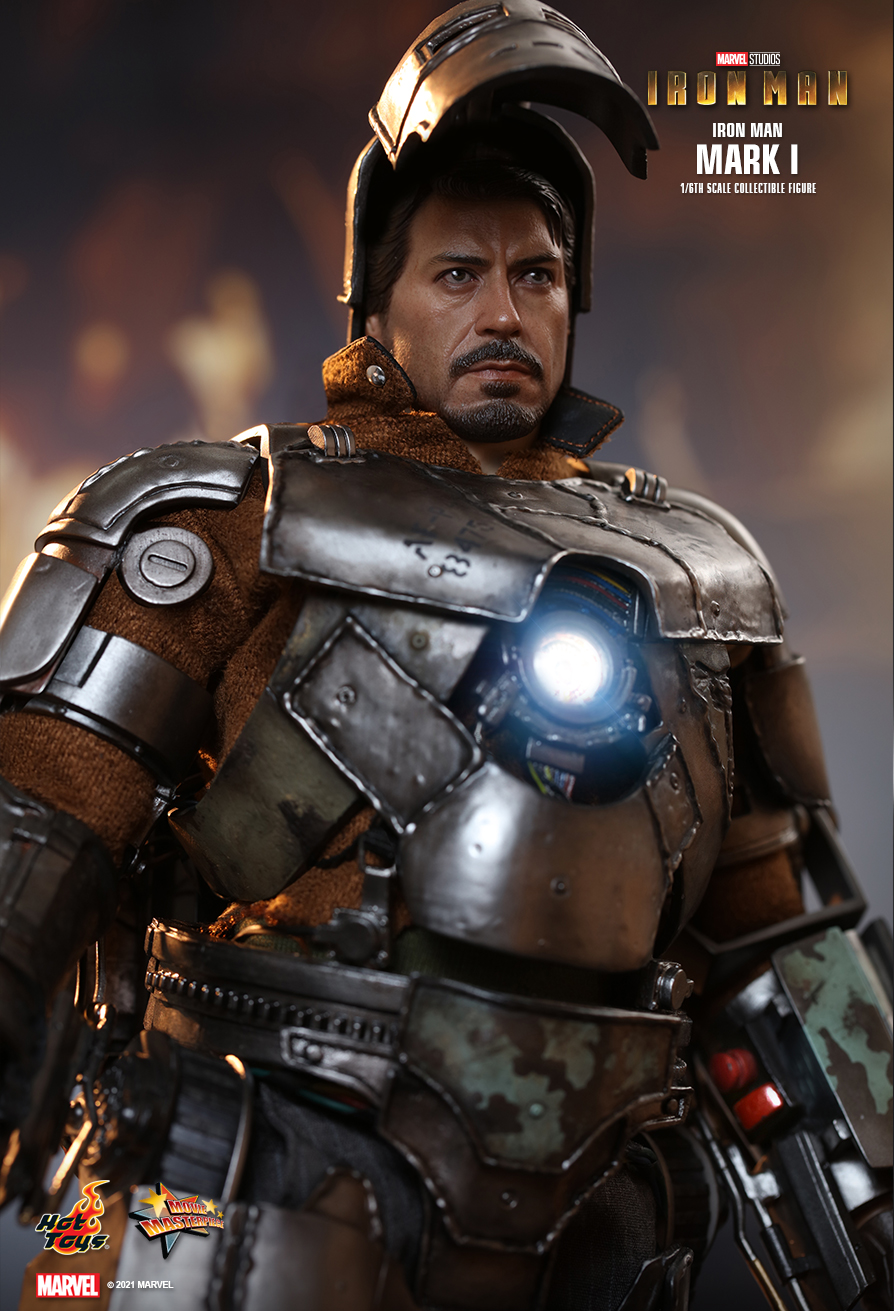 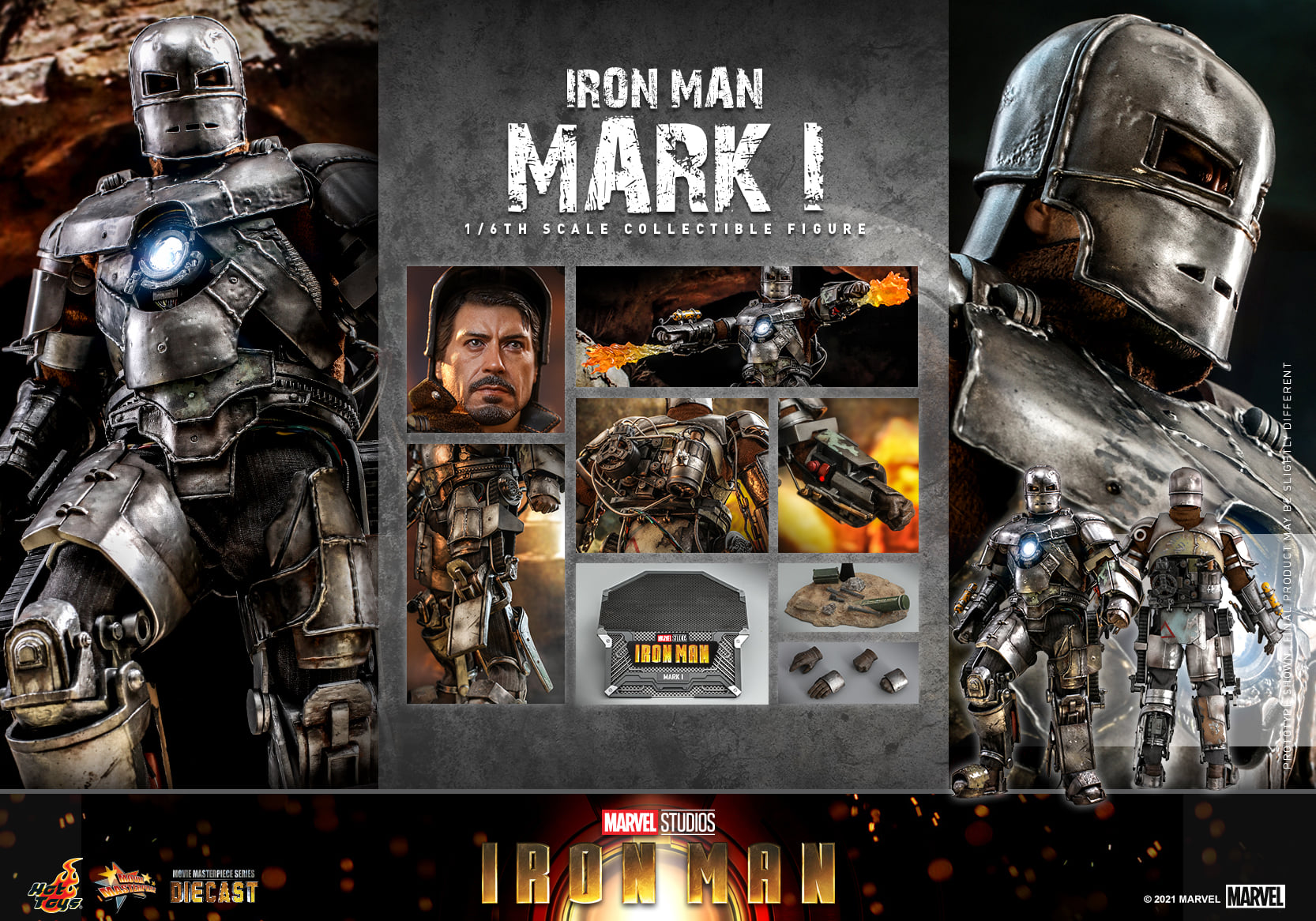