Serving in the 332nd Company in the Siege of Mandalore™, Captain Vaughn fought alongside Ahsoka Tano™ in the battle to free the Mandalorian people from Maul™. During the siege, Vaughn chased Mandalorian super commandos into the tunnels of the city, but unaware it was actually a trap…

Continuing the expansion of the Star Wars: The Clone Wars collection, Hot Toys is delighted to present the new 1/6th scale Captain Vaughn collectible figure for all Star Wars collectors!

The highly-detailed collectible figure is specially crafted based on the look of Vaughn in the acclaimed animation series. It features skillfully crafted Clone Trooper armor and helmet with weathering effects, two styles of blaster rifles, miniature holograms, and a display base! 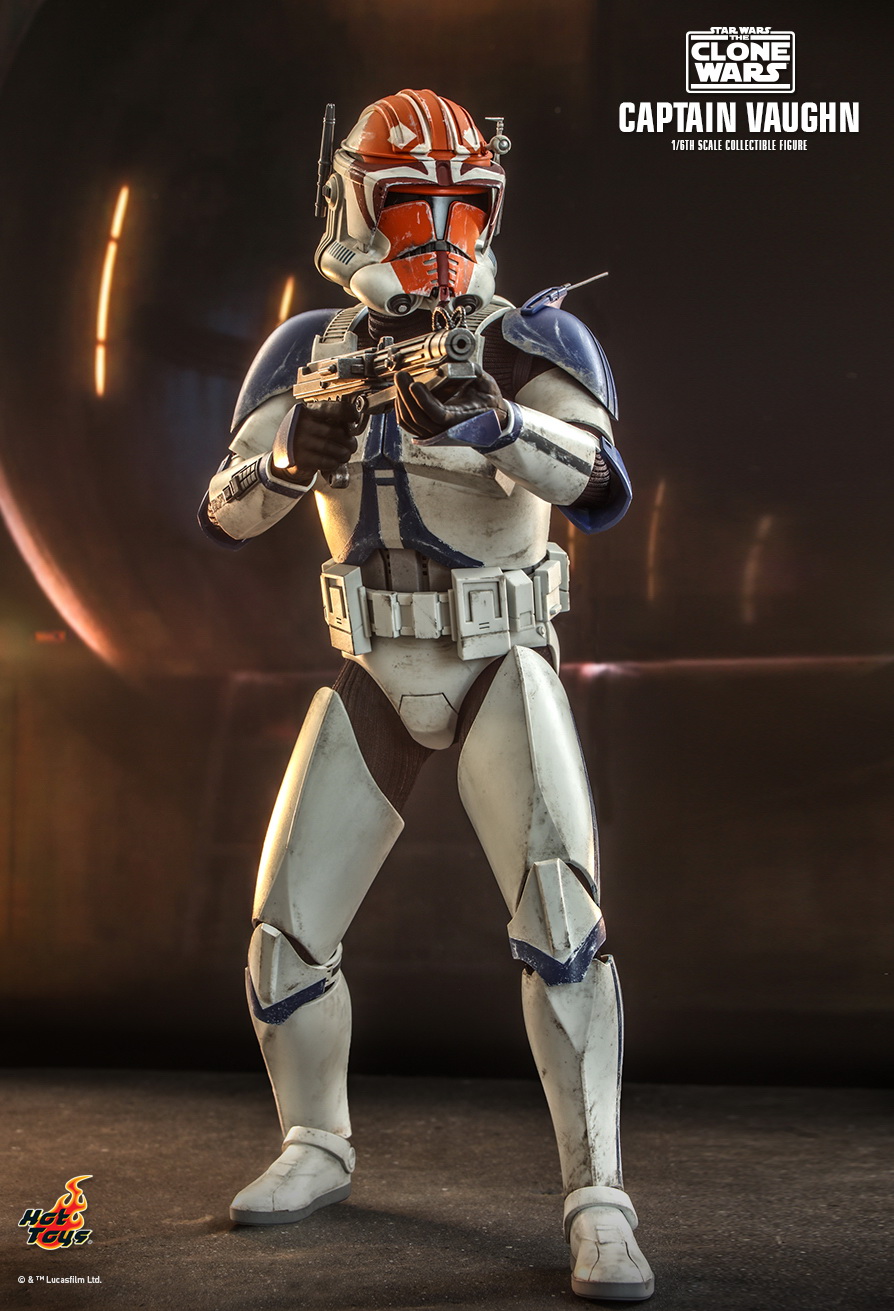 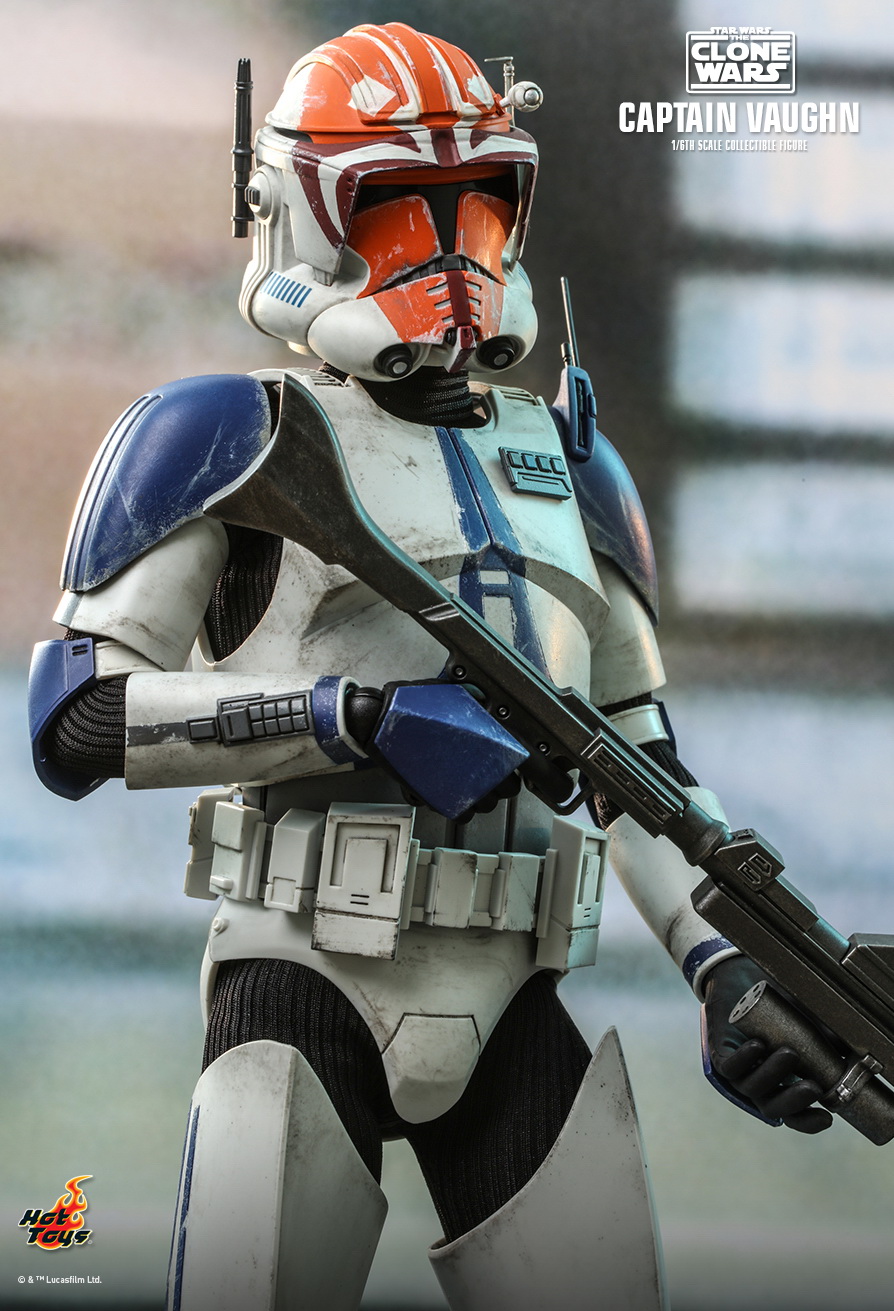 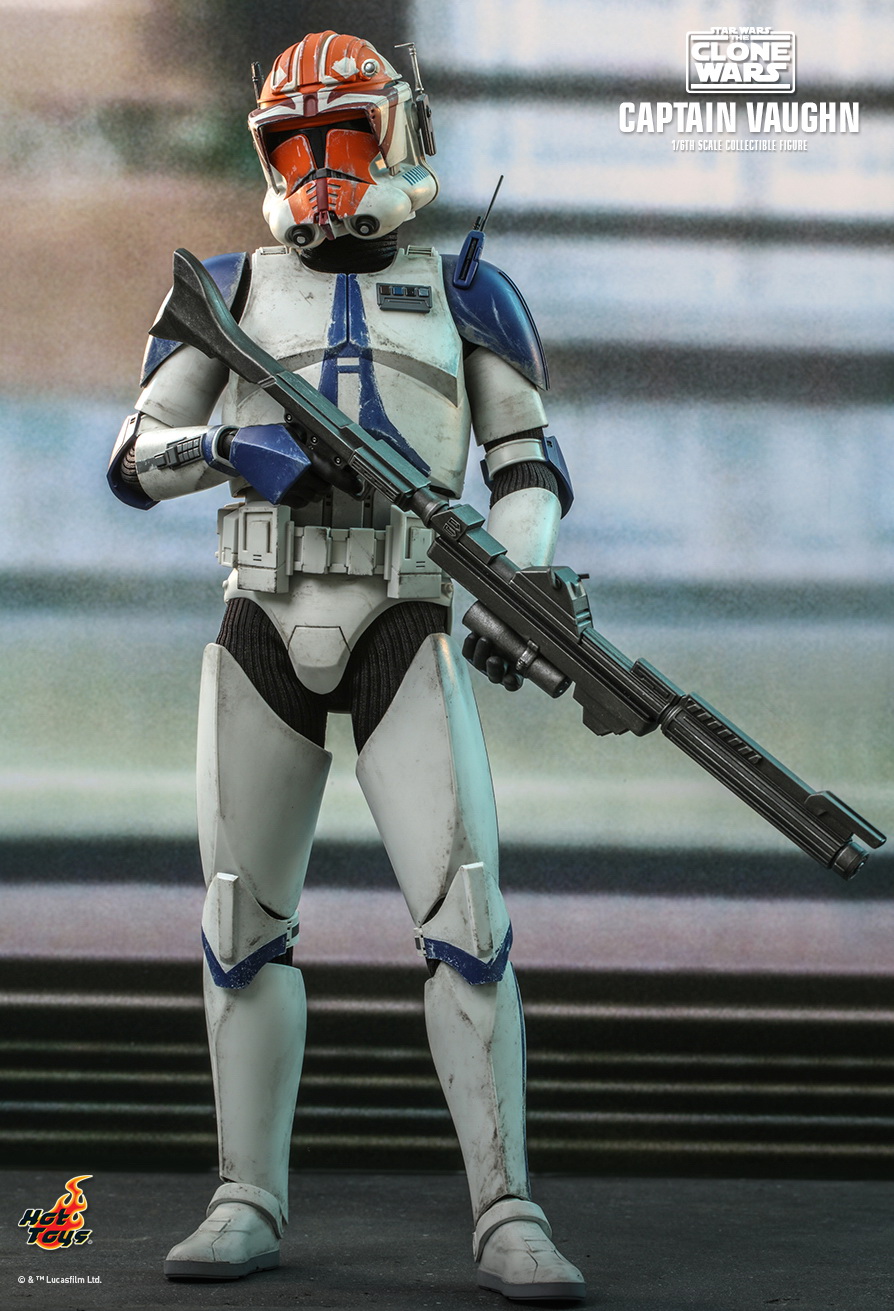 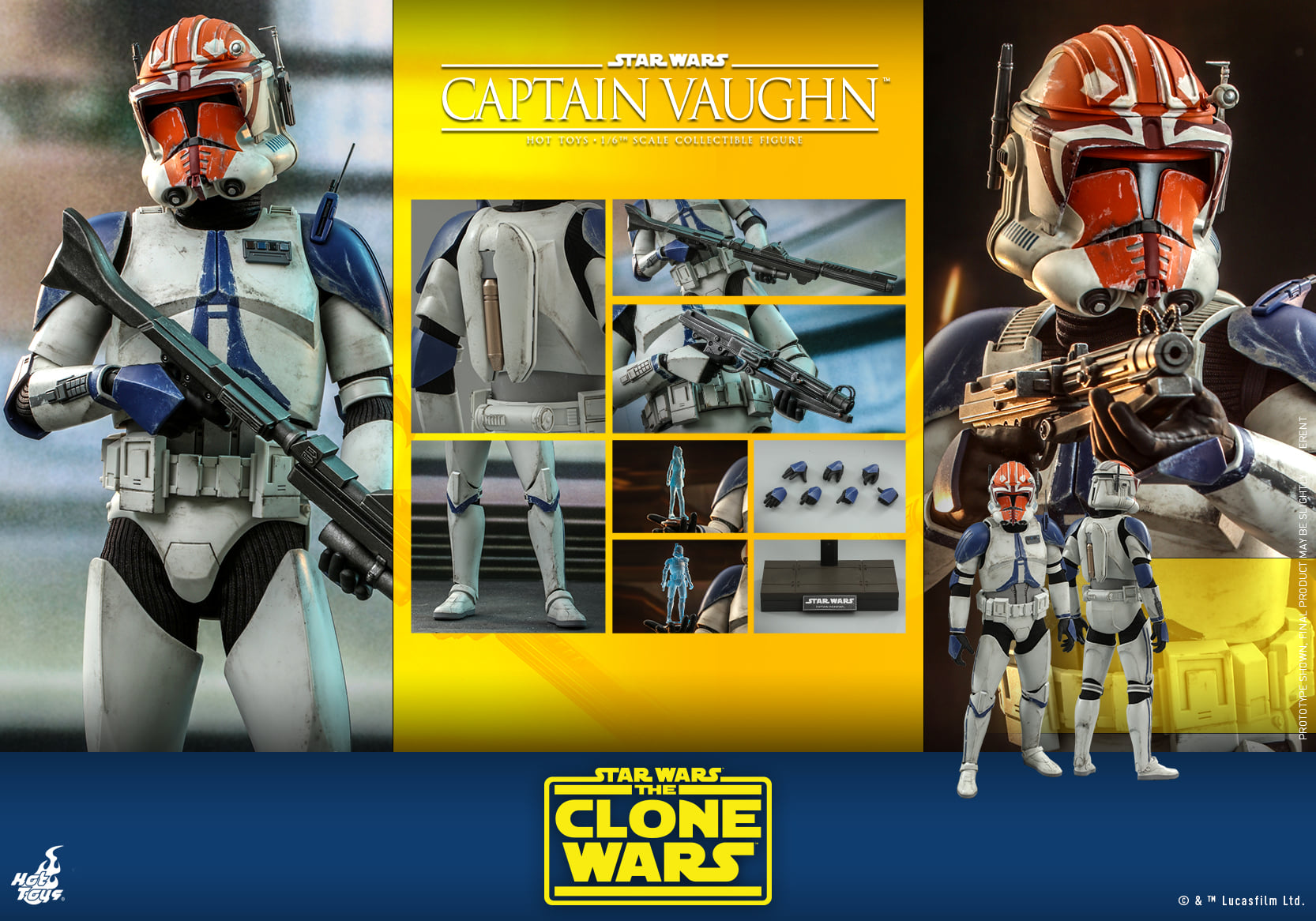