The Mandalorian™, known to a few as Din Djarin™, is a battle-worn bounty hunter, making his way through a dangerous galaxy in an uncertain age. After meeting the mysterious alien foundling, Din took the young Grogu™ in his care and was quested to reunite him with its own kind through a series of adventures and dangerous missions.

Meticulously crafted based on the his latest appearance in the live-action series, the Mandalorian 1/6th scale figure features a newly developed head sculpt with astonishing likeness, chrome-plated Beskar helmet and armor pieces, finely tailored outfit, an attachable jetpack, Mando’s iconic rifle and blaster, a selection of weapon firing effects, a darksaber, a Beskar spear, and a display base! Furthermore, this collectible set specially features a standing Grogu and a pouch for the Mandalorian to carry the foundling.

For this Deluxe Version, it exclusively includes the Boba Fett™ helmet, jetpack, and baggage that the Mandalorian had retrieved and had to carry with the broken Swoop Bike part after the vehicle was sabotaged! 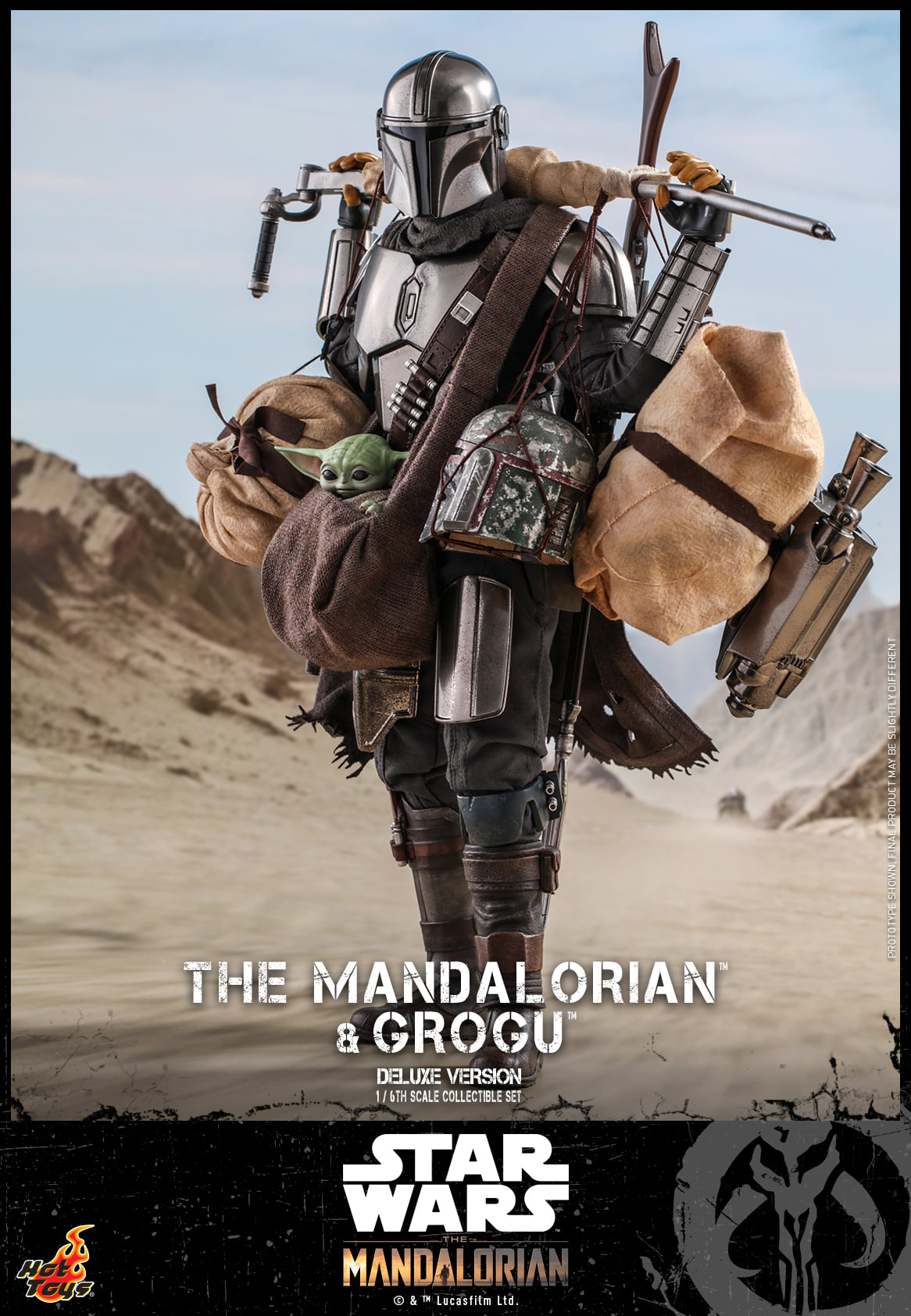 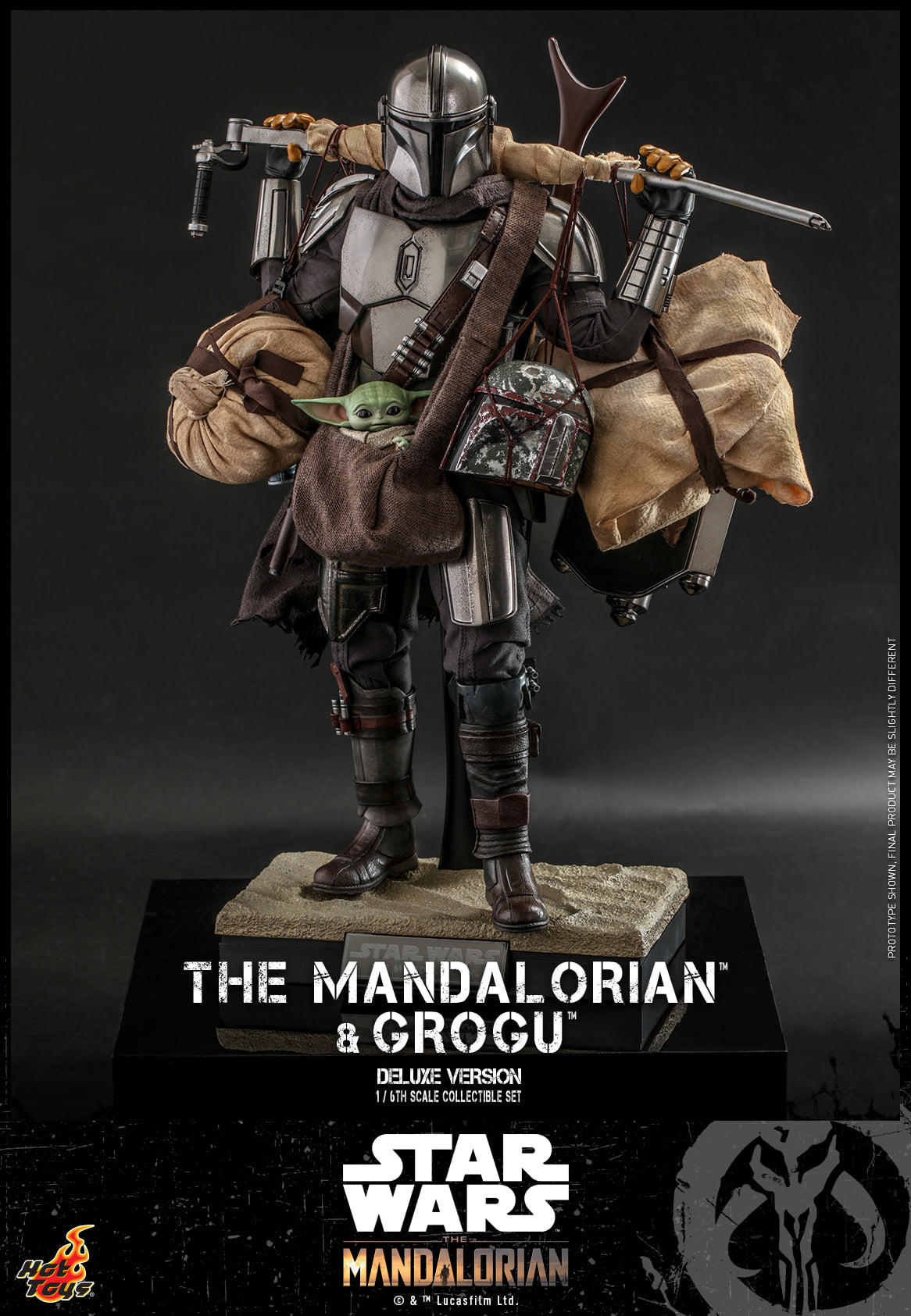 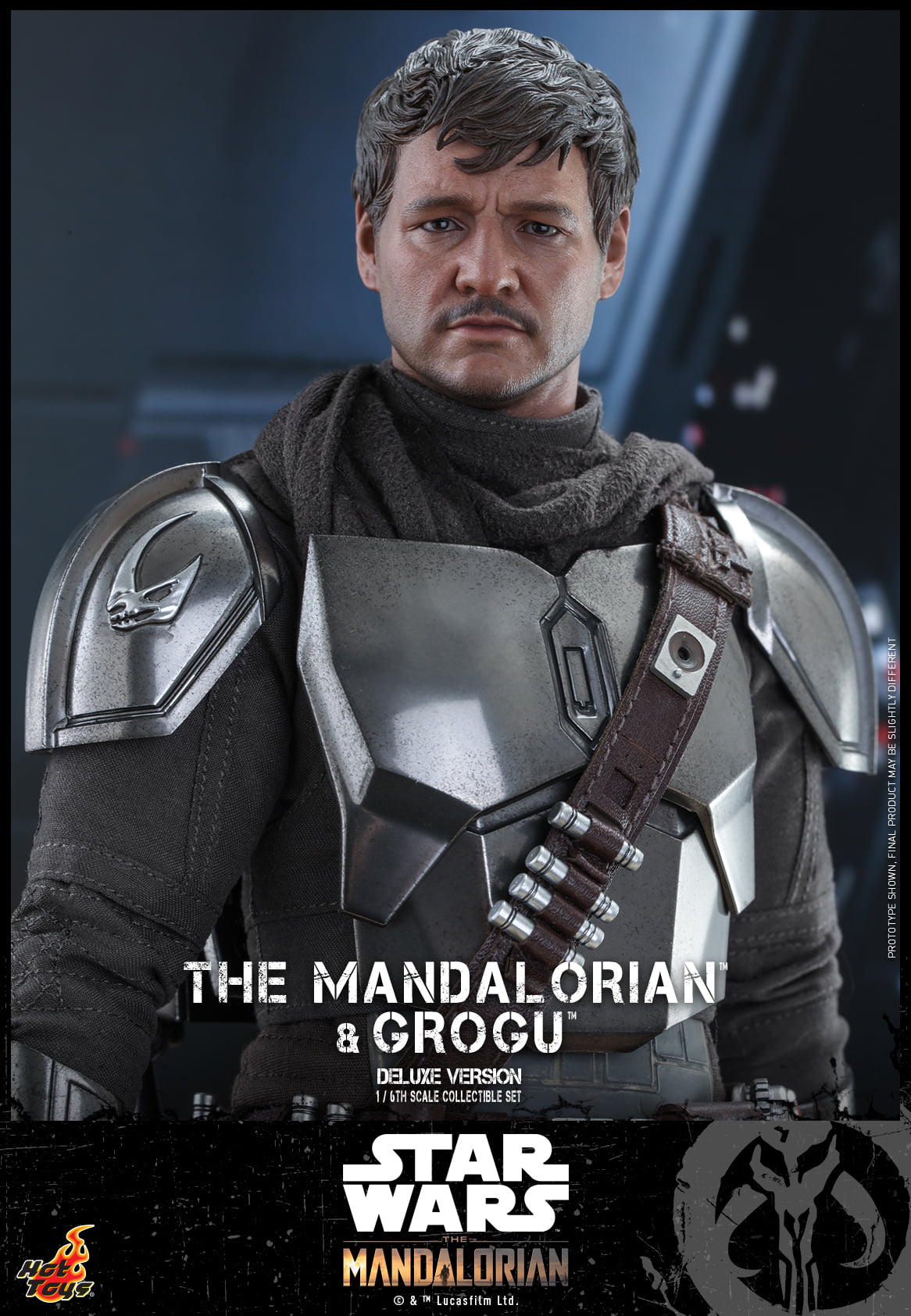 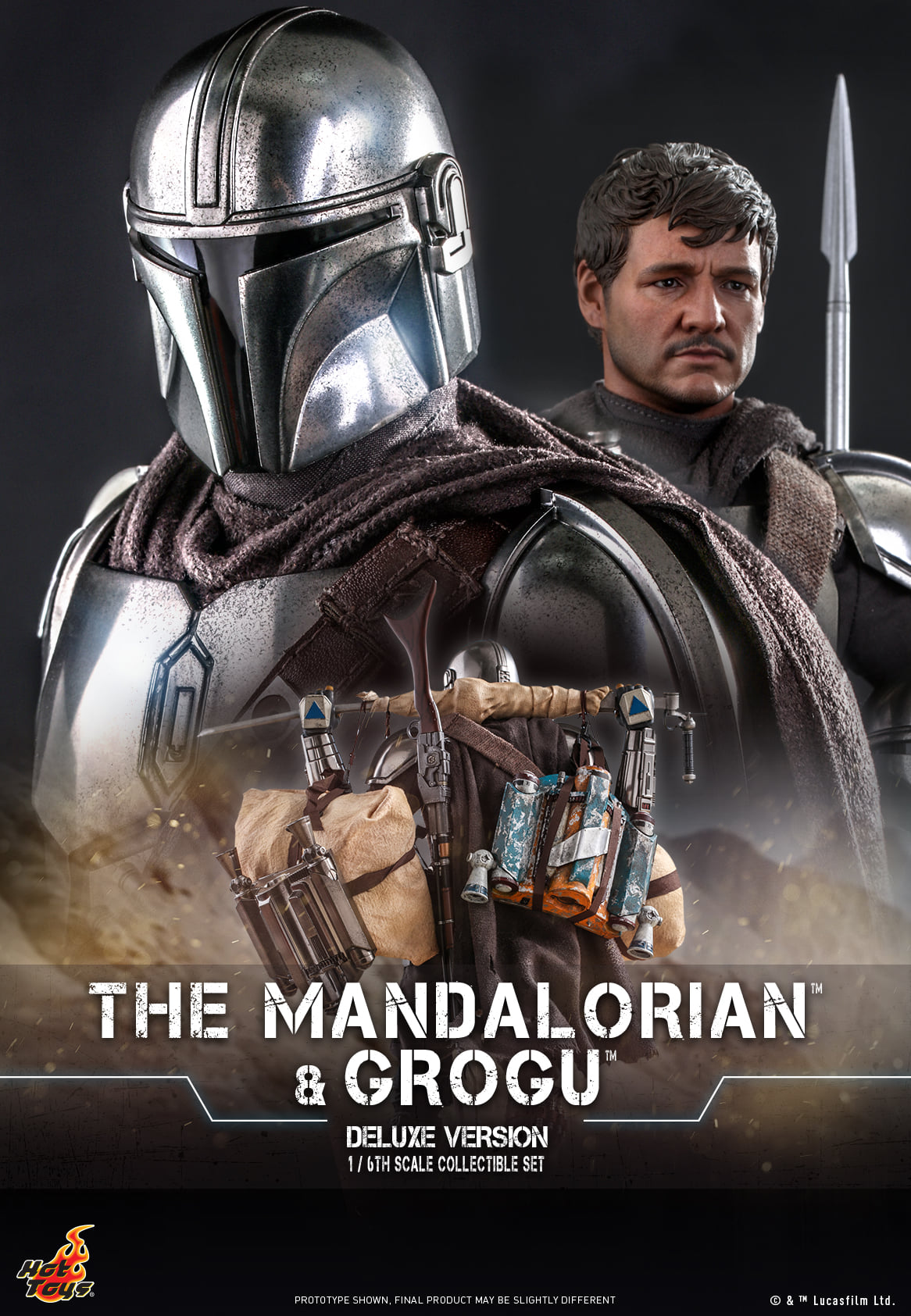 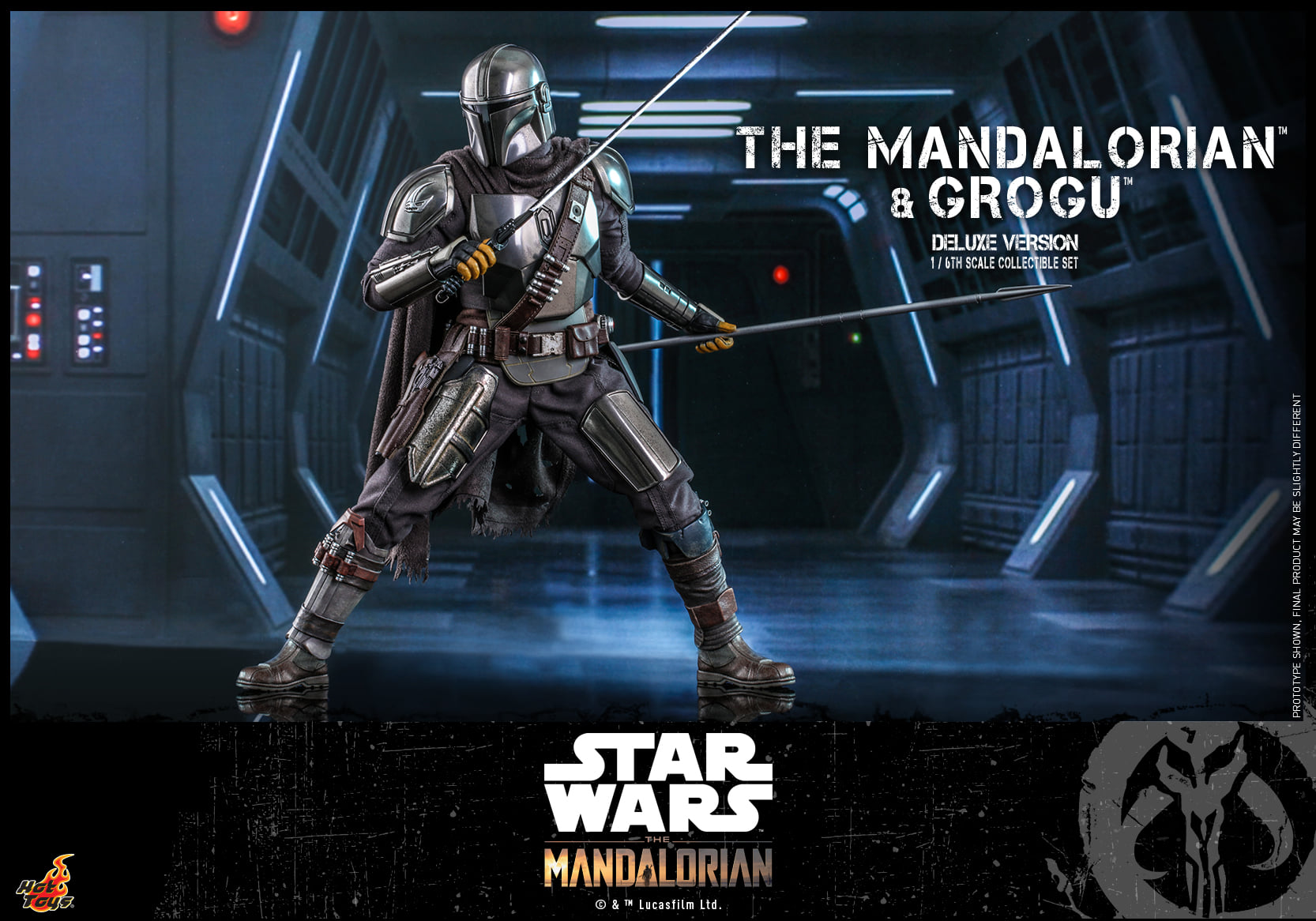 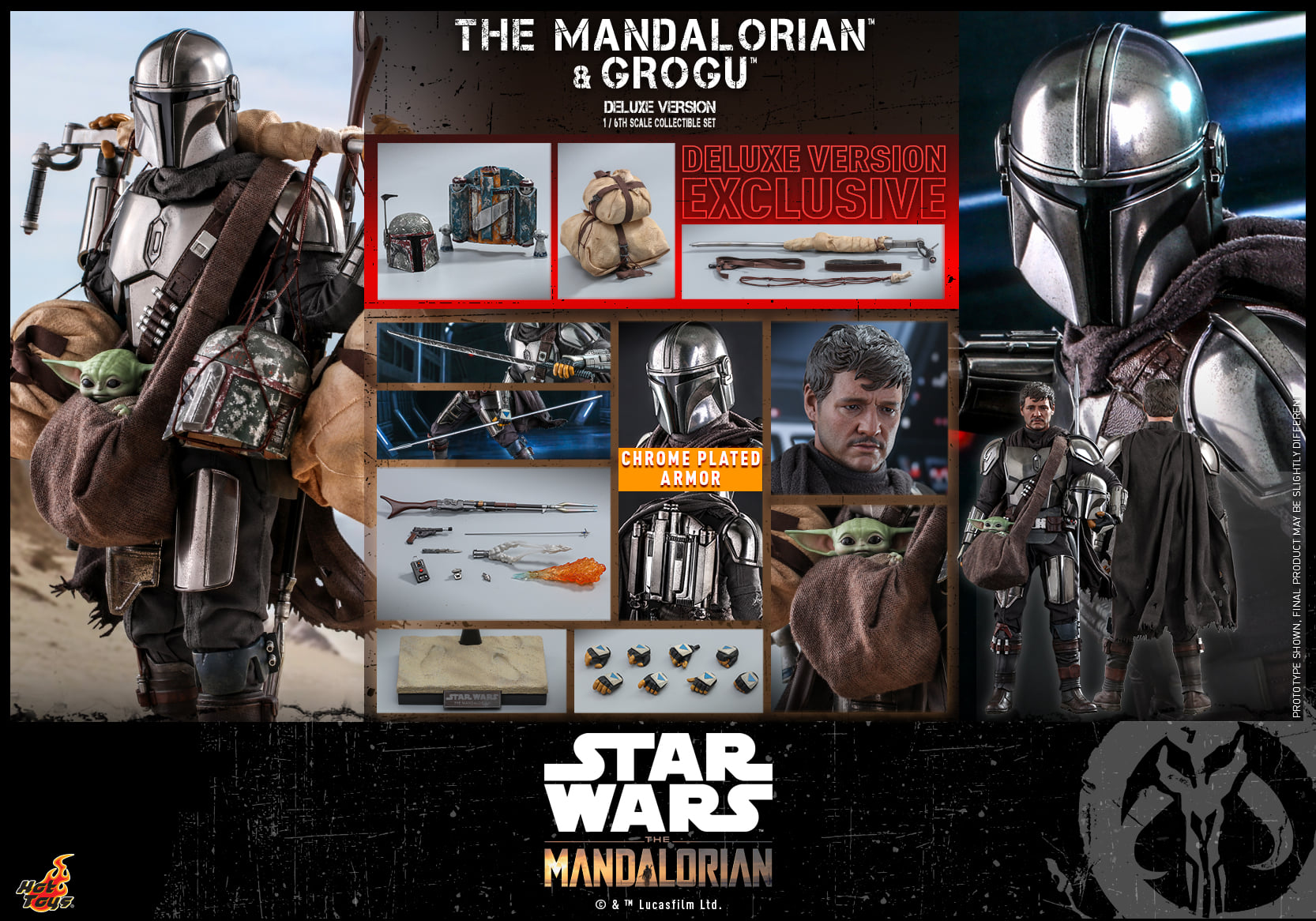