“Mr. Spock has orders to kill you, Captain. He will succeed… apparently. You will also appear to have killed him after a fierce battle. Regrettable, but it will leave me in command.”

In the Star Trek: The Original Series »Mirror, Mirror« episode some members of the Enterprise crew are transported to a parallel dimension where the benevolent Federation never existed and instead the morally corrupt Terran Empire reigns. Star Trek has revisited this universe in various shows, with some of the most popular characters coming from this world.

EXO-6 is releasing the second figure in the Mirror Universe line with Security Chief Sulu, the scarred and very evil double of the Enterprise’s Lieutenant Sulu. This Sulu is ambitious, homicidal and a sexual predator that will do anything to become captain.

George Takei had a large scar on his face for this portrayal and had fun with the sly, evil grins. EXO-6 has recreated this look in detail for this 1:6 scale museum-quality action figure. Standing 11 inches tall, every element, from his 23rd-century uniform to his Terran awards are authentically reproduced. The original portrait sculpt of Takei as Mirror Sulu has an authentic, hand-painted likeness. 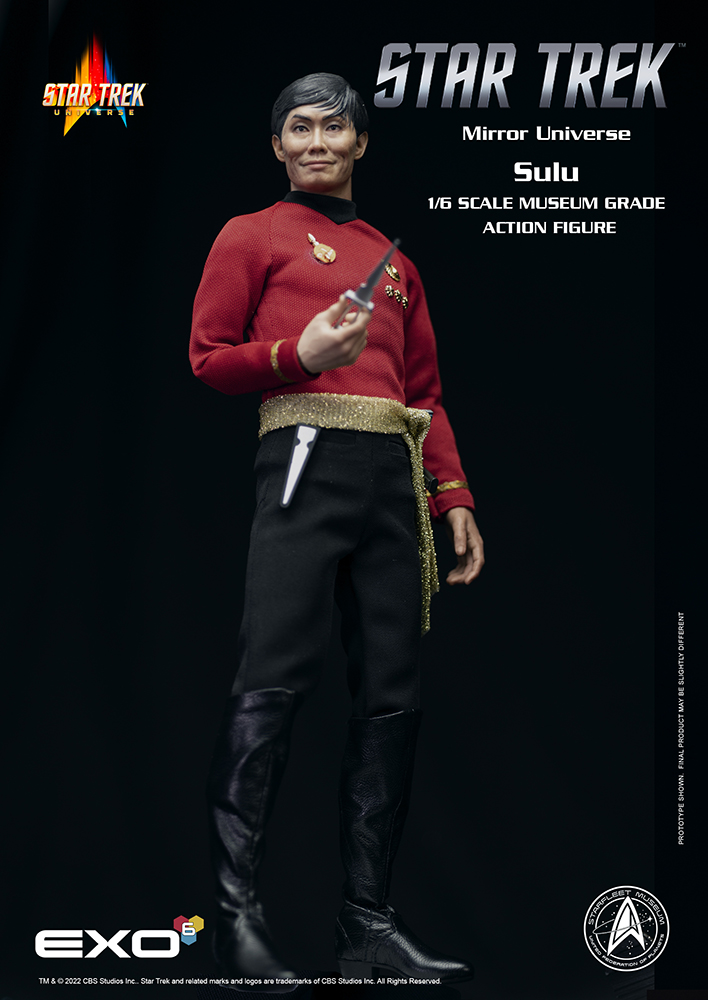 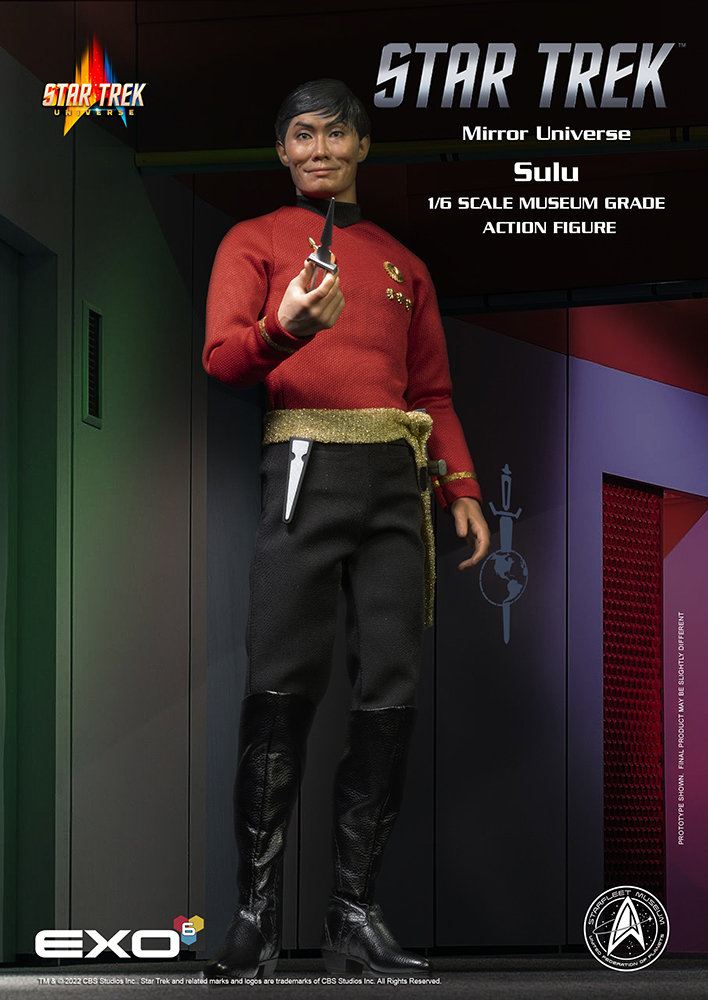 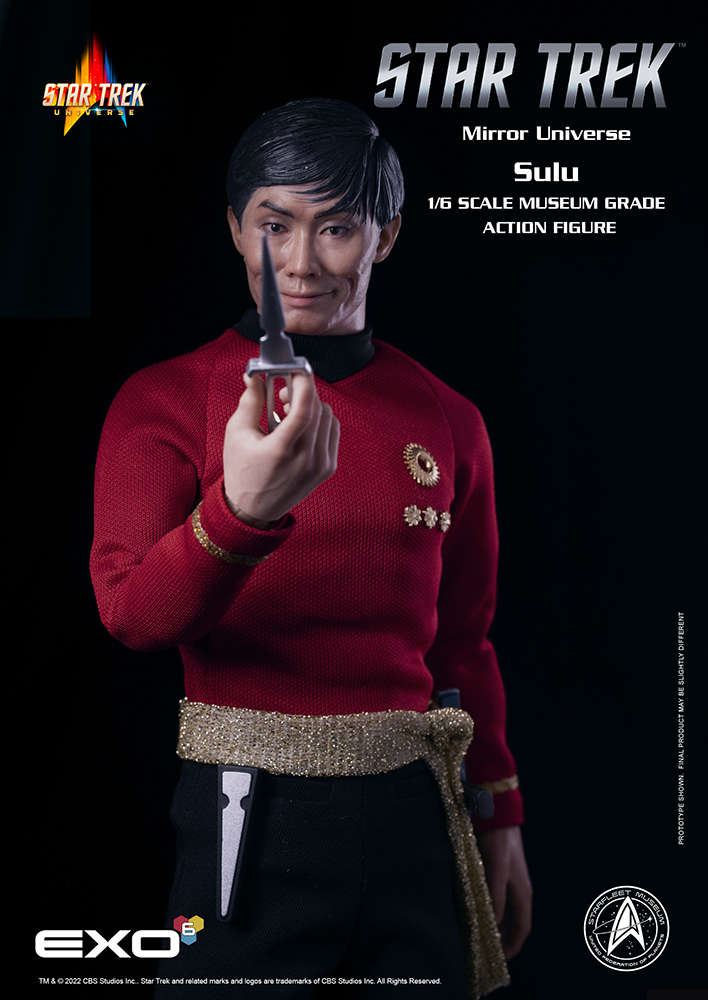 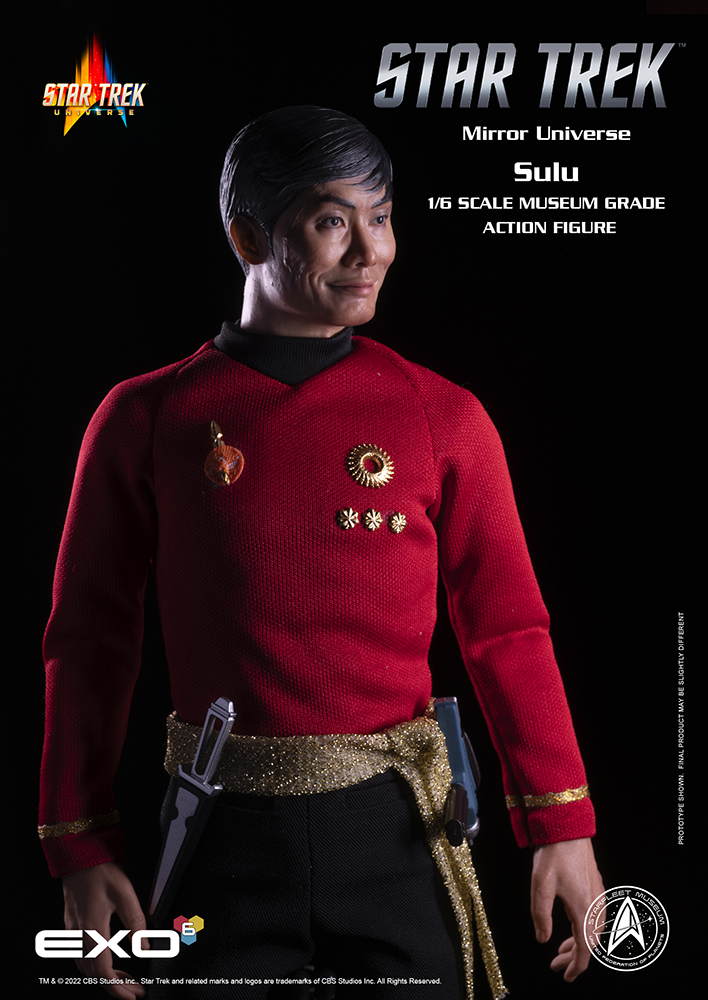 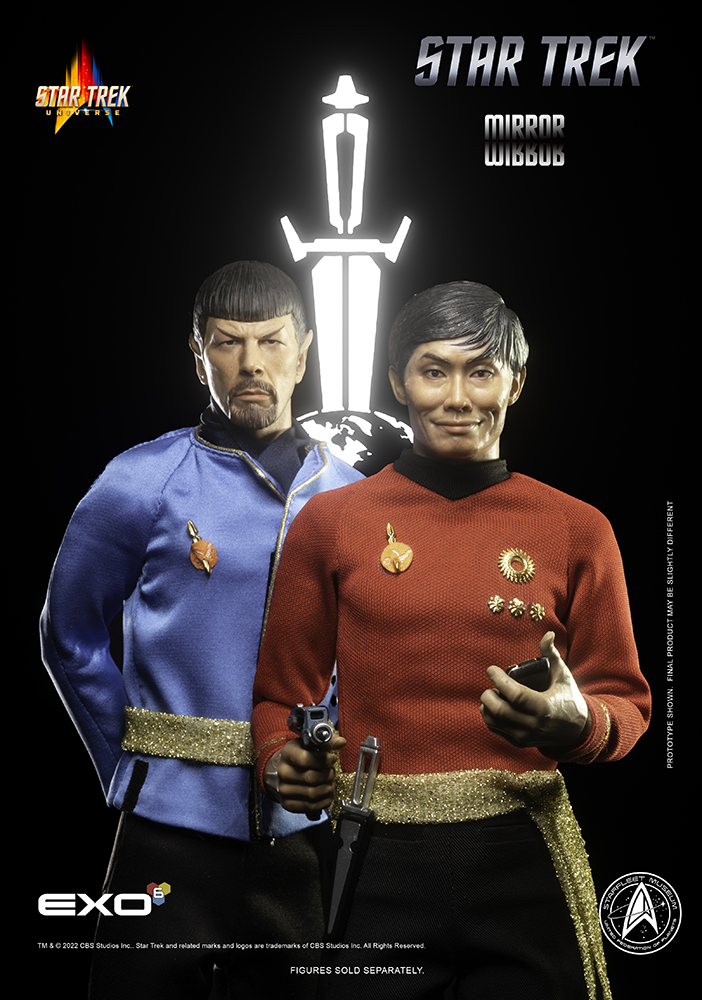 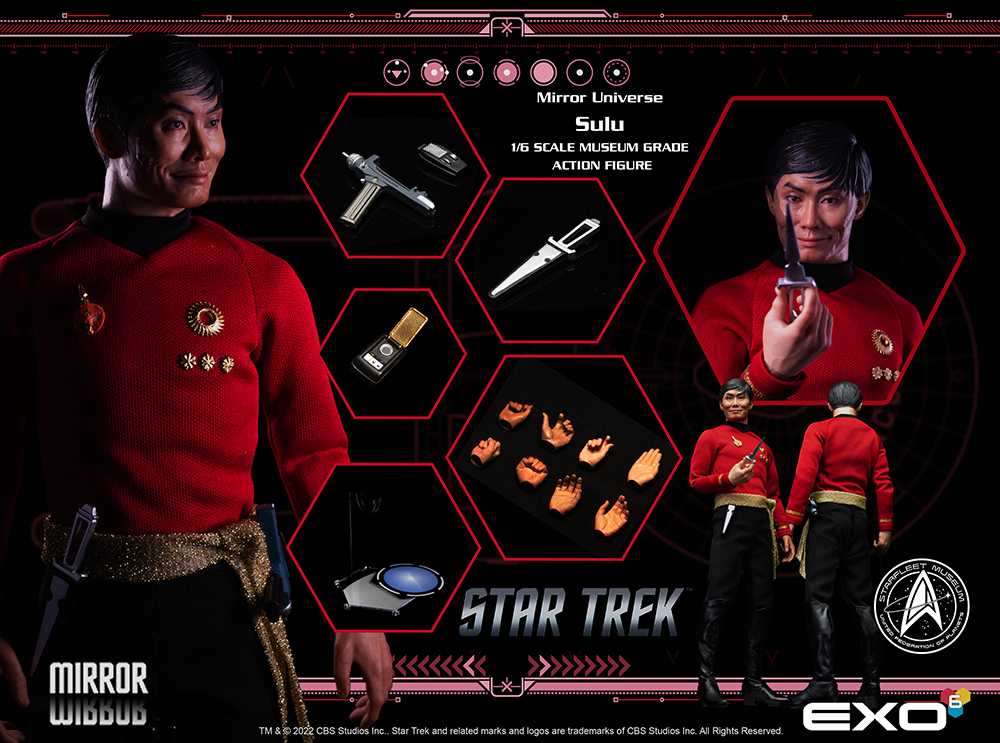