“Consider this my final lesson. Look out for yourself. Anything else is weakness.” – Cad Bane

A ruthless bounty hunter from the planet Duro™, Cad Bane was the preeminent blaster-for-hire in the galaxy at the time of the Clone Wars™ and after the conflict ended. Using an impressive arsenal of weapons, the cold, cruel, and calculating Bane would literally track his prey to the ends of the galaxy if required.

Following his first live-action appearance in The Book of Boba Fett, Hot Toys is excited to present a Deluxe Version 1/6th scale collectible figure of the deadly Cad Bane!

This collectible figure features a newly developed head sculpt with amazing likeness, skillfully tailored hat and outfit, wired long coat, a pair of blaster pistols, a flamethrower effect, and a display base.

This Deluxe Version exclusively includes a pair of rocket thrusters for Cad Bane’s boots, and the bounty hunter’s techno-service droid Todo 360™ as seen in the Star Wars: The Clone Wars™ animated series. 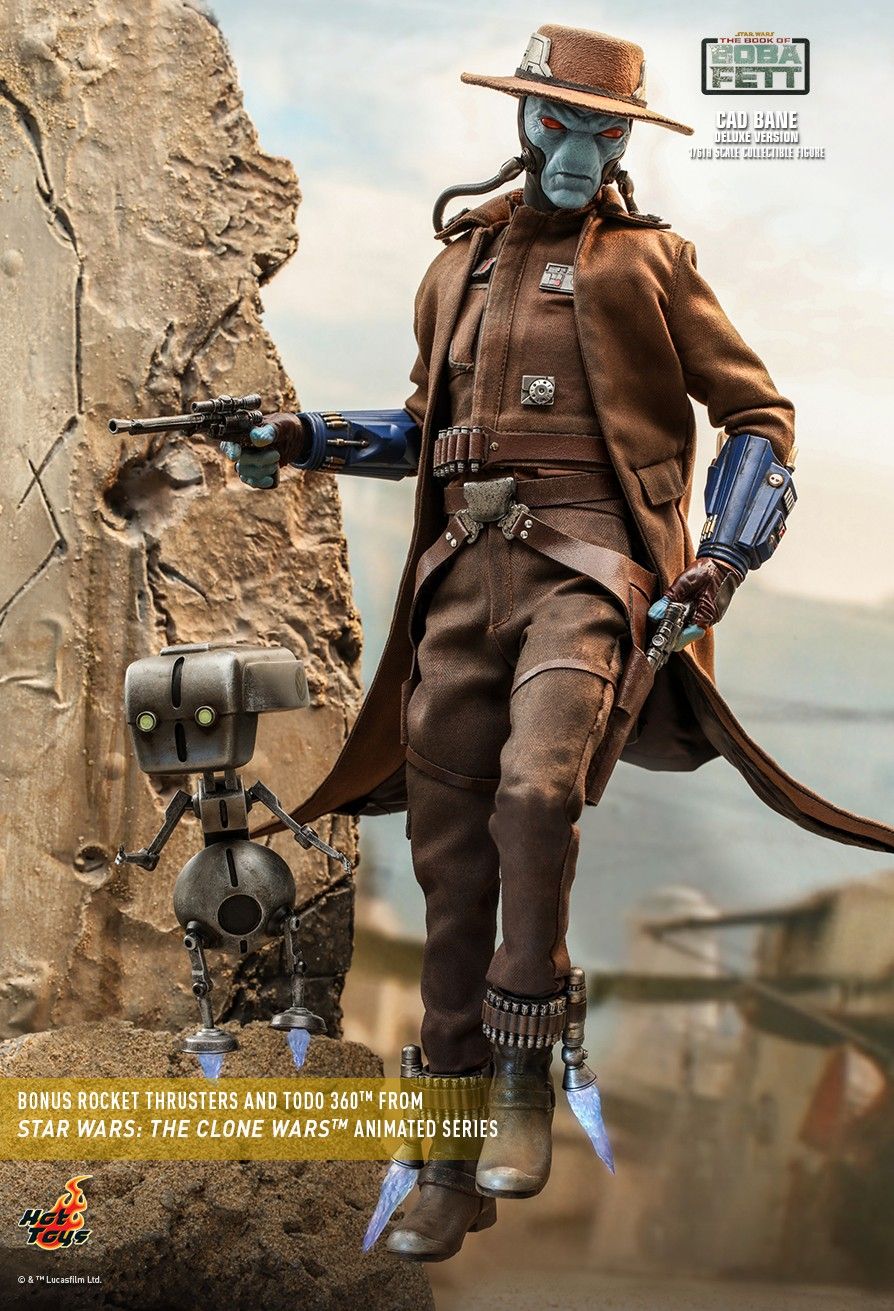 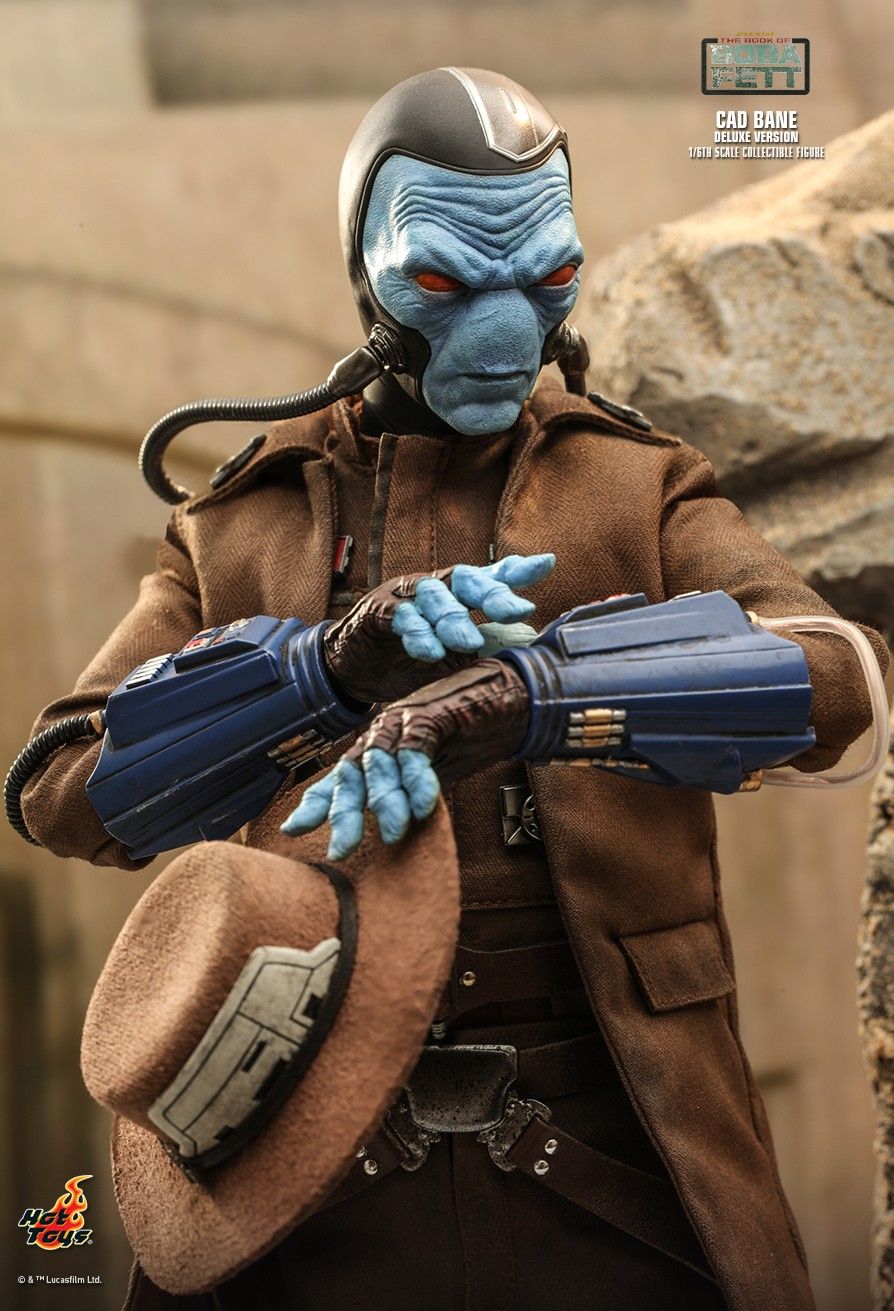 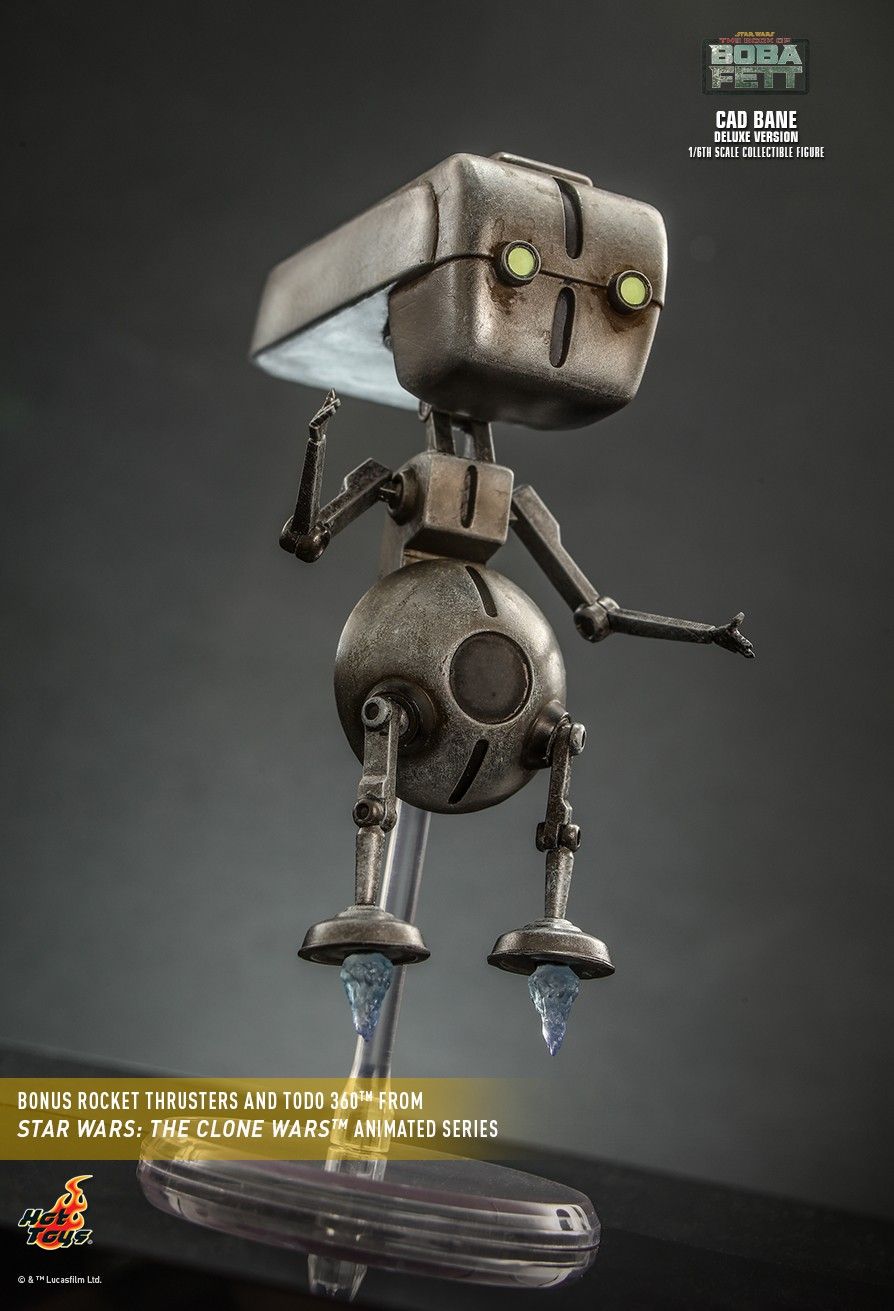 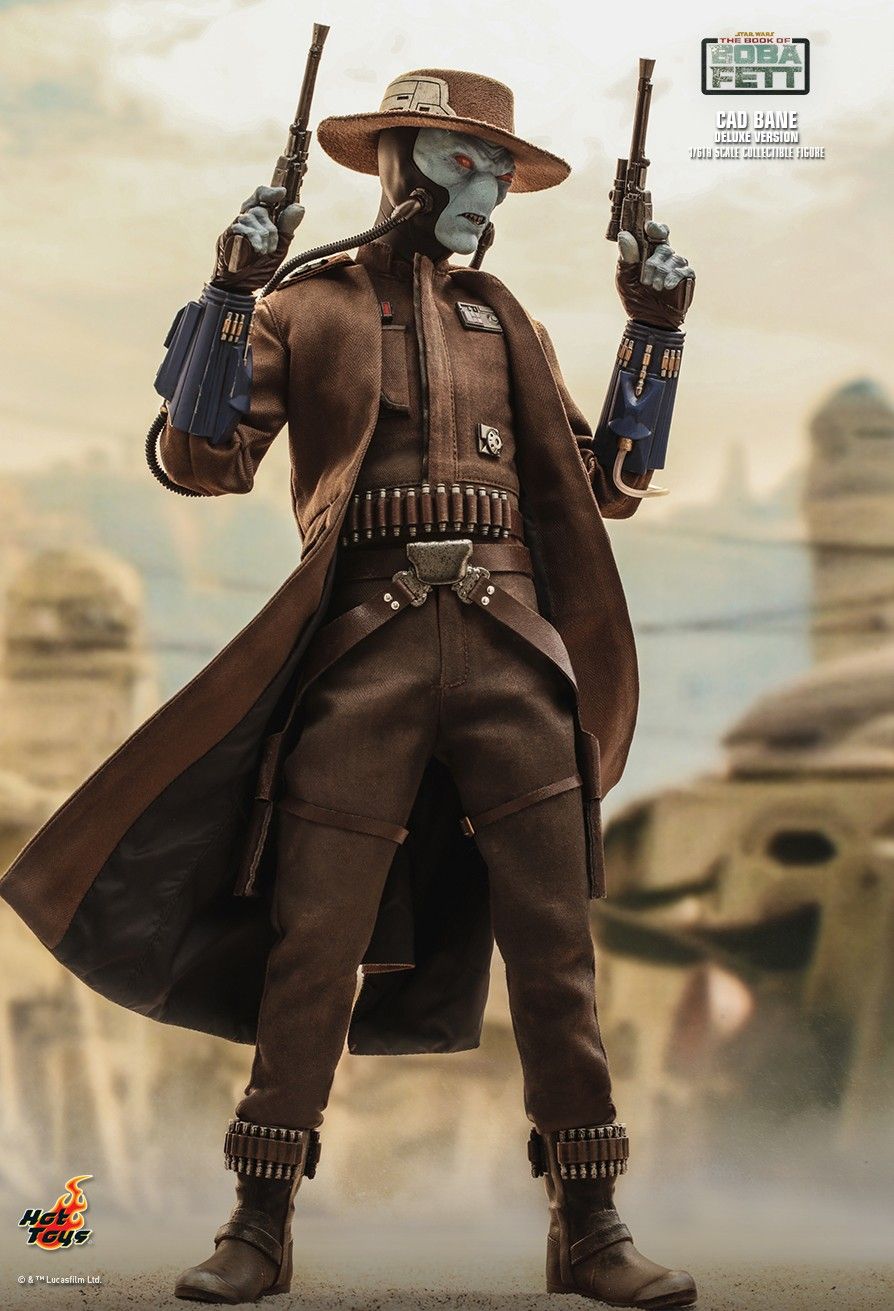 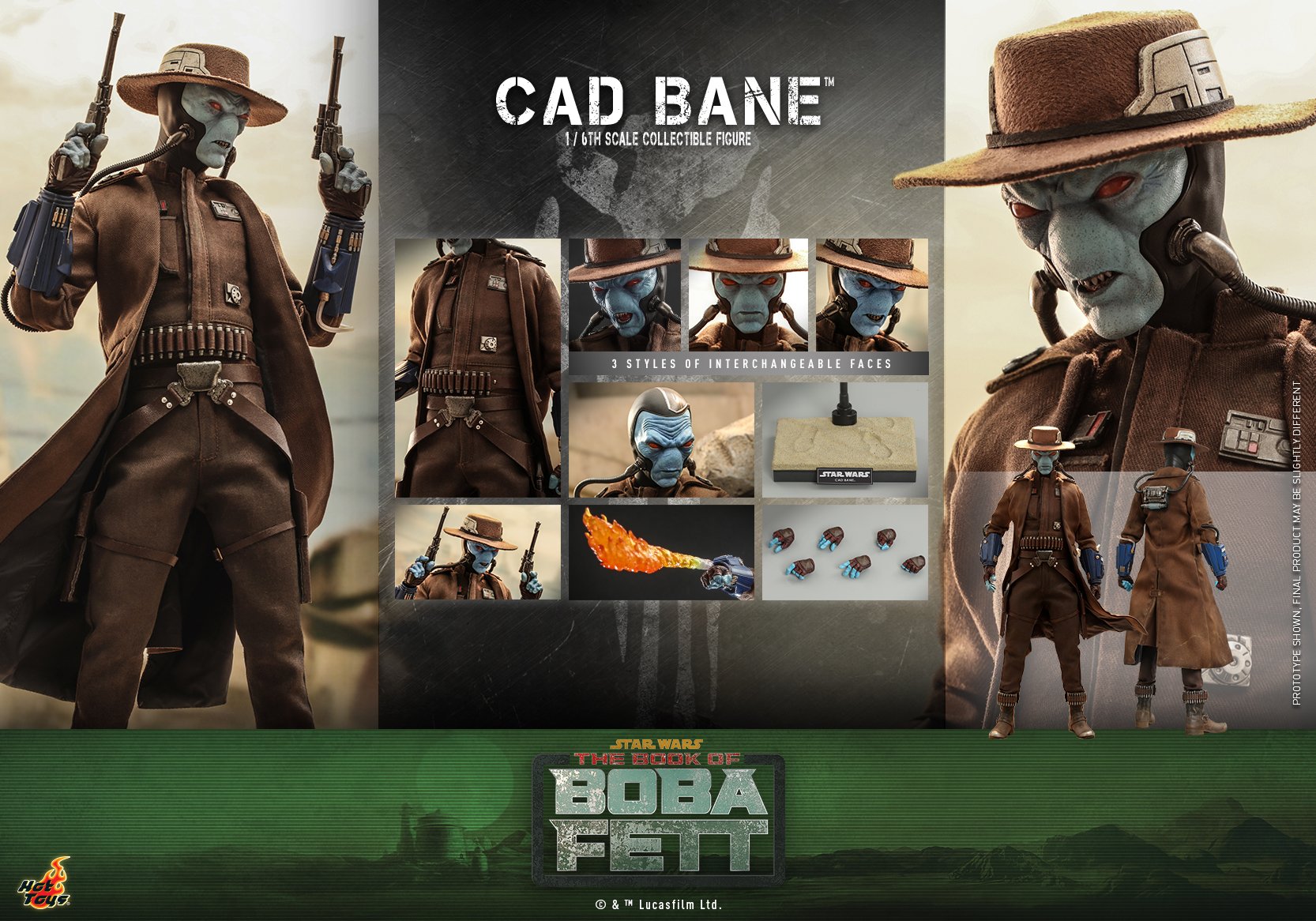 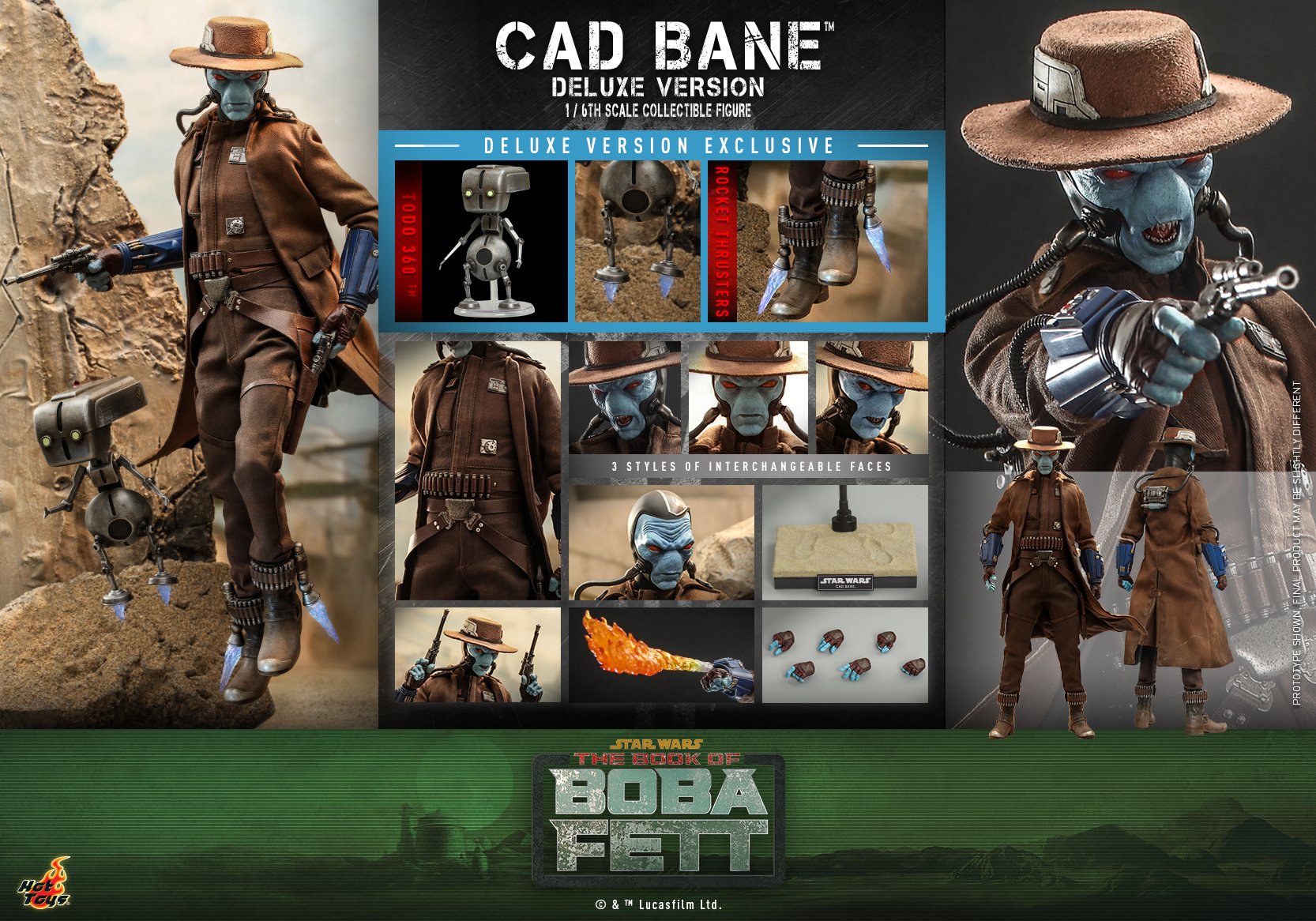