Batman designed the Tactical Batsuit after forming the Justice League in order to combat the invading Parademon army. It’s an upgraded, tougher version of his iconic costume with visible light armor plates offers protection from the hits while still being able to move and throw quick punches. He can also wear goggles with the suit that allows multiple functions to assist him in piloting his vehicle. 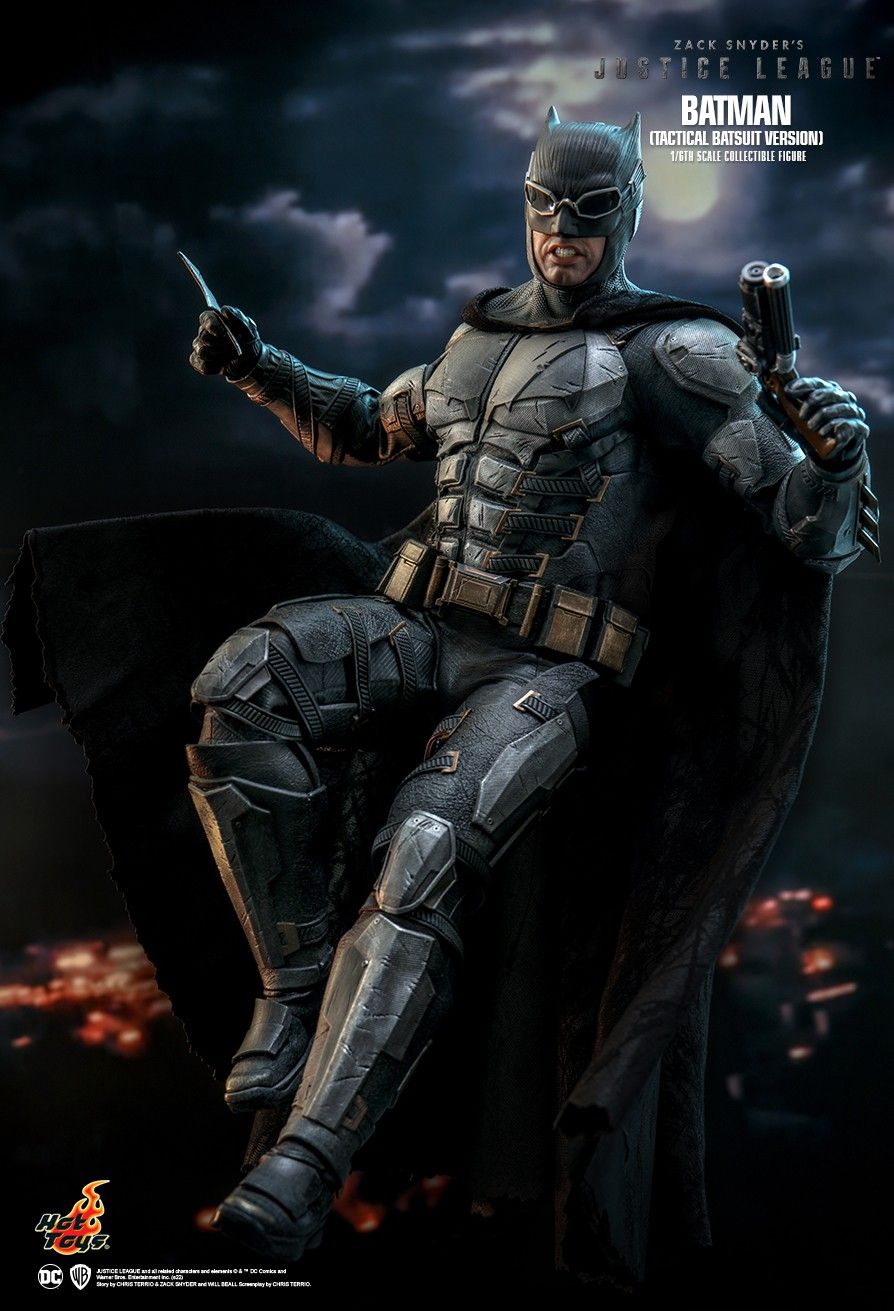 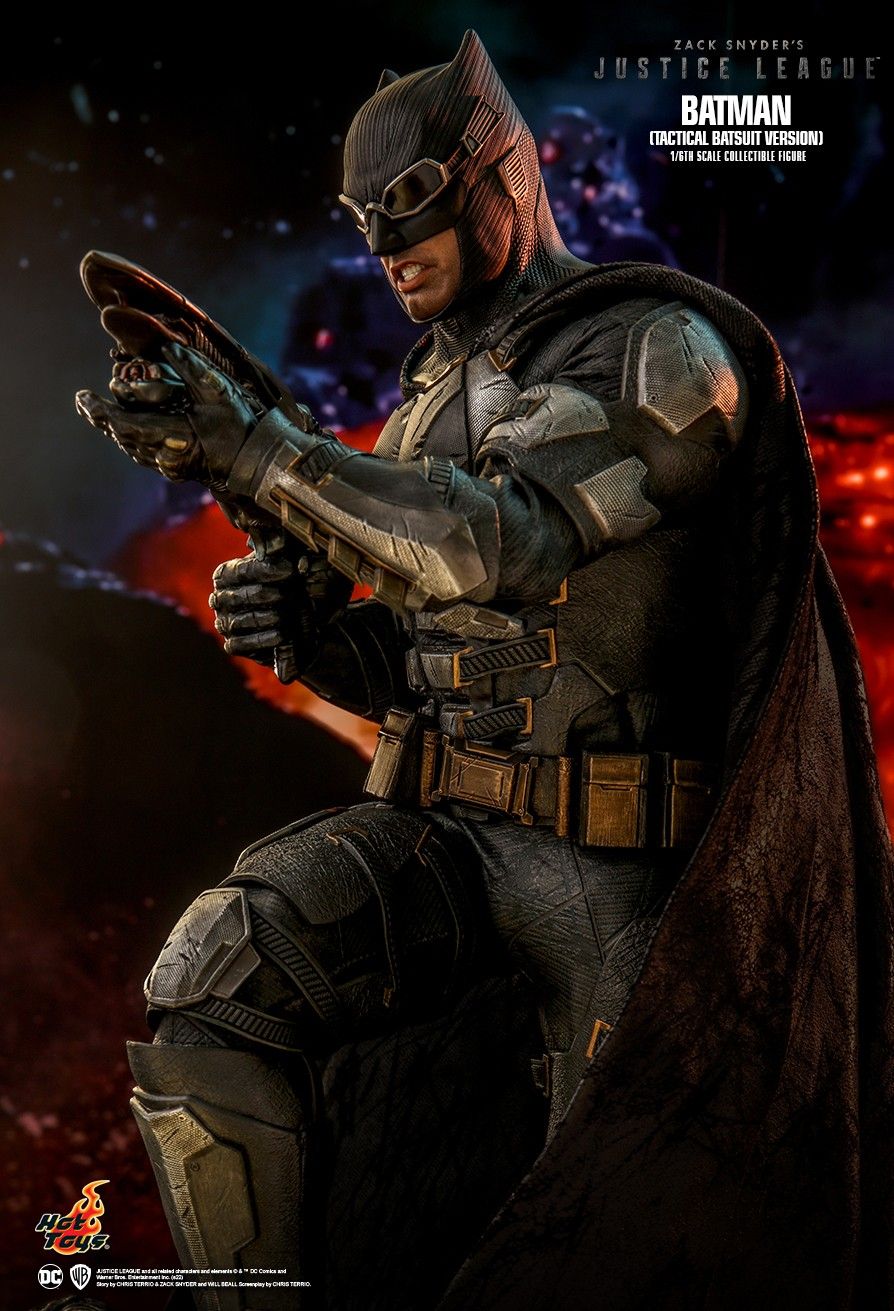 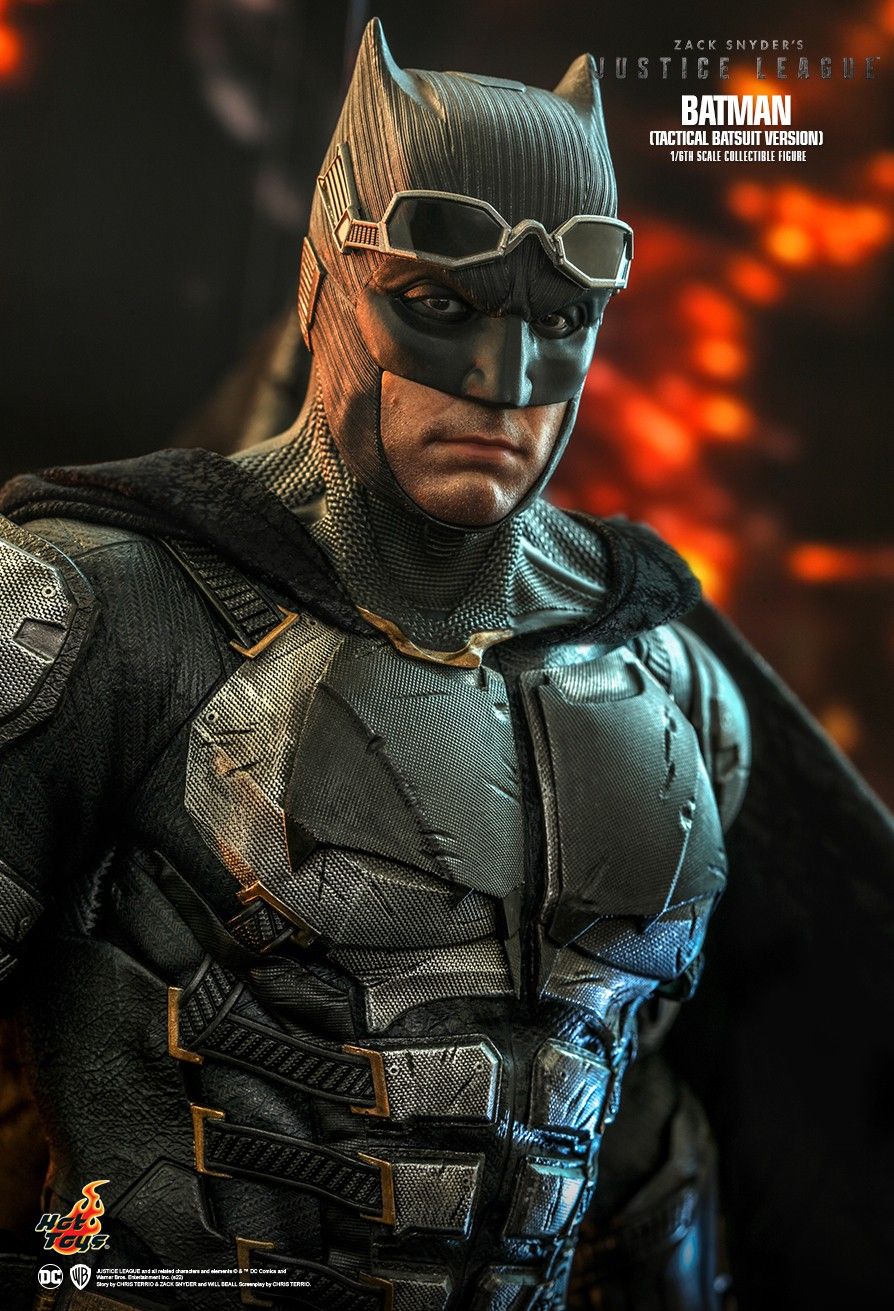 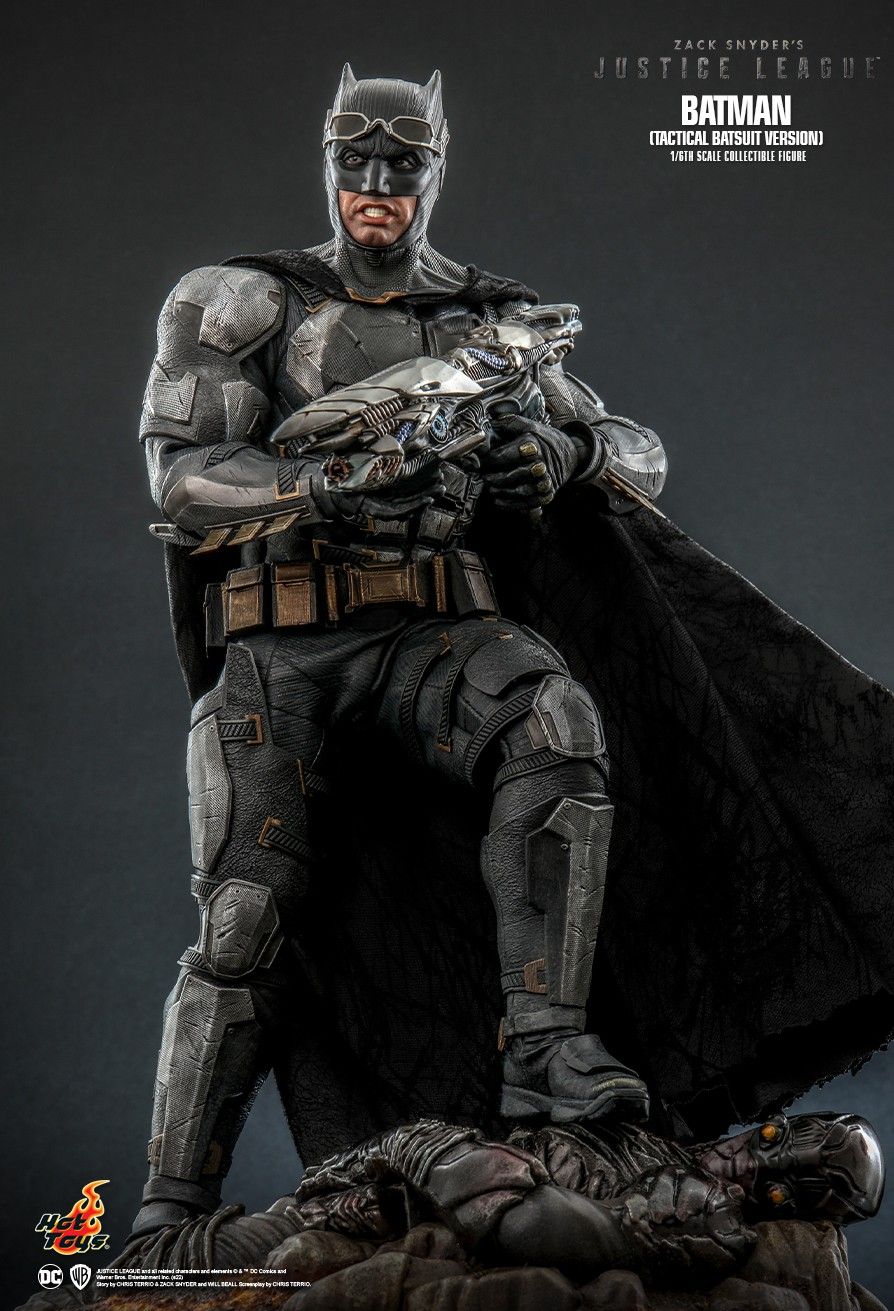 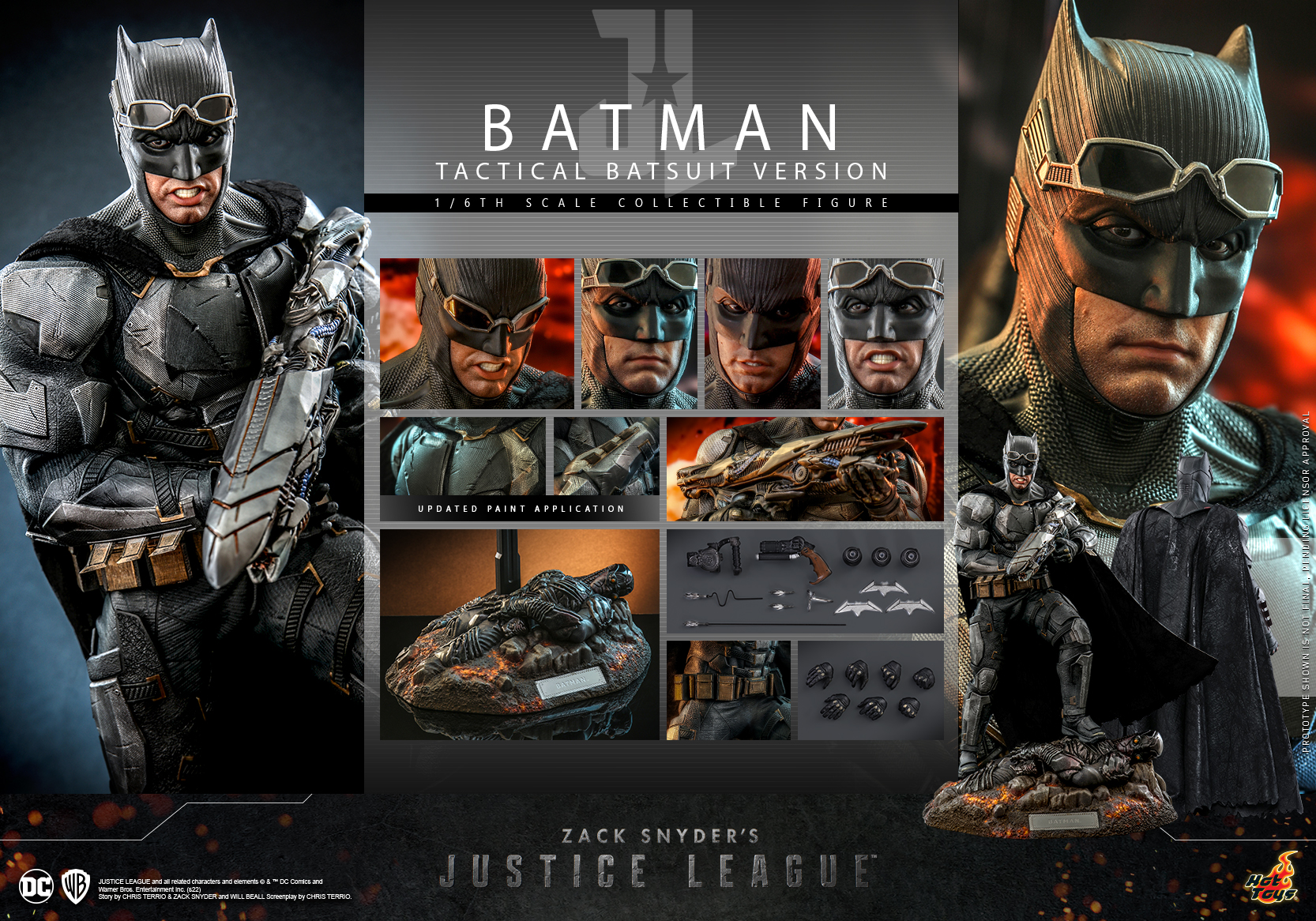