We all know that, when we put figures in the showcase, then we usually prefer a more neutral expression. With too much expression you just quickly get fed up. The situation is quite different in a scenic presentation. An extreme situation also causes extreme facial expressions. If a character is in a life-threatening situation, then he should look like this. Only the emotion on the face of the threatened makes the scene believable. In order to present these and many other situations, a new manufacturer has begun to shake up the head sculpt scene. Face Pool Figure. 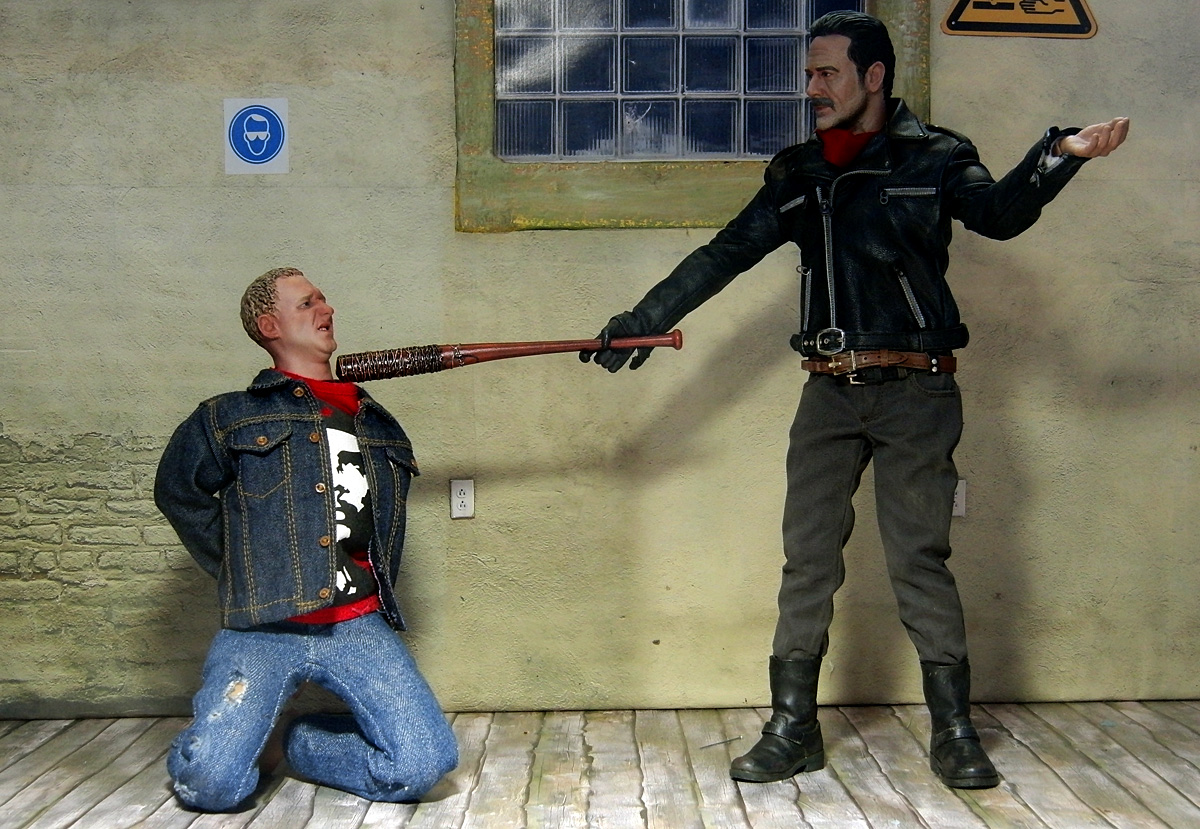 Hi Tye, let me say first, here at Action Figure District we love your head sculpts. Let’s start with the technical aspects of your work. Which sculpting techniques do you use, digital 3D or all-classical

We use 3D as our main design tool.

Where do you get your role models from? It seems that you – in contrast to some other small, independent manufacturers – are not producing heads which are inspired by any celebrities (which we actually think is a good way, also to avoid any legal trouble). Do you have real human models, or are you drawing just from fantasy?

Correct, the main reason we don’t do celebrities in our expression head series is that we want collectors to use these heads in a variety of fields, WWII, modern war, etc. Also, by avoiding likeness of celebrities we could completely devote our sculpting work on the expressions. We draw inspiration from portraits, anatomy reference as well as historical photos.

I think there are three types of 1/6th scale collectors. The first group displays their figures in a showcase. The figures represent certain uniforms and units. Those collectors prefer probably neutral head sculpts.

The second group arranges their figures in scenes and dioramas. If you do a combat scene, it’s good to have angry, and energetic characters. A wounded soldier may cry out in pain and agony. A girl chased by a monster or slasher with an axe should look scared and not like she’s waiting for the 9 o’clock bus. A funny banana peel situation may needs some laughing characters. For all those situation it’s good to have head sculpts with an expression.

The last group, let’s call them “the players”. They take pictures of their figures and tell photo stories. (example; http://mickbaltes.de/af/asterix02e.html) When ever some of those people meet, sooner or later they talk about how great it would be to have to have the same character with different expressions. Looking at the picture with your head sculpts FP-A-002, FP-A-005 and the shape named FP-S-XXX, it looks like a dream becomes true. So are there plans to make the same characters with different expressions? 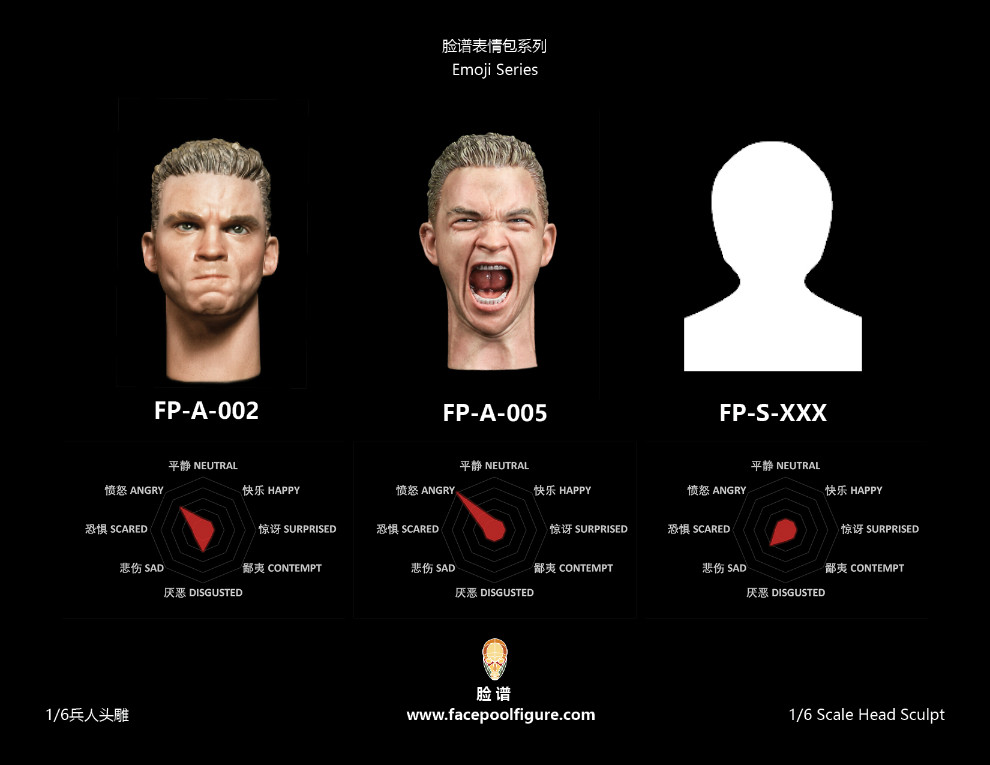 We got lots of inquiries of making same character with different expressions, and YES we are starting to product these heads, we start with A002 with a determined face, which could be a pre-battle expression, waiting for the war to begin, and we will also release A005 early in 2019 with an exaggerated raging face, which could potentially be the next scene of the battle, a fighting soldier. There will be a third or even more expressions of this same guy in the future, although we haven’t fully figure out the rest, but the goal is to have some sort of connection within those expressions that could lead to a series of stories.

In your images we see a clock with 8 emotions and different red pointers. How many different expressions can we expect for the same character and will be a neutral portrait included?

So far we would say 3-4 expressions for the popular character, there will be one close to neutral face, like A002(not exaggerated, but interesting face). In general we won’t do a complete calm face without any feature, if it’s a neutral face, it will need to have something unique that stands out, like an old man with beard, a teenager with speckles, or a different ethnic group than the common heads on the market. 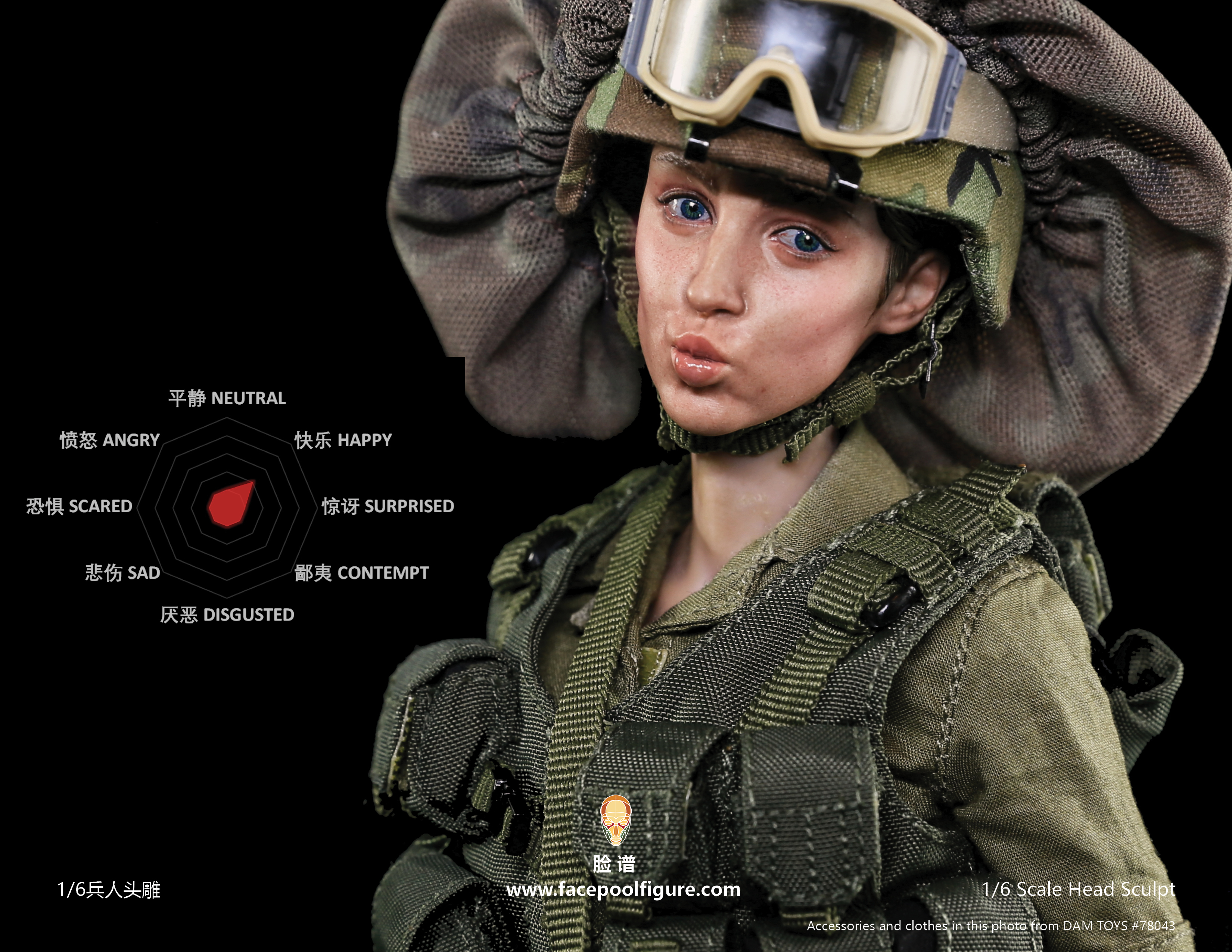 You have already one female head in program, will we see more female characters in the future?

That sounds interesting. Any chance for an old 1/6 lady? As you said, all females on the market are young girls and look a bit like Barbie. Some older females will really fill the gap.

You can see from our website that we try to set the age range for each head, although a diverse range would seem very interesting, however there may not be enough clothing or accessory on the market for an old lady type of head. In this case, it would be very challenging to mass produce considering the business aspect of it. 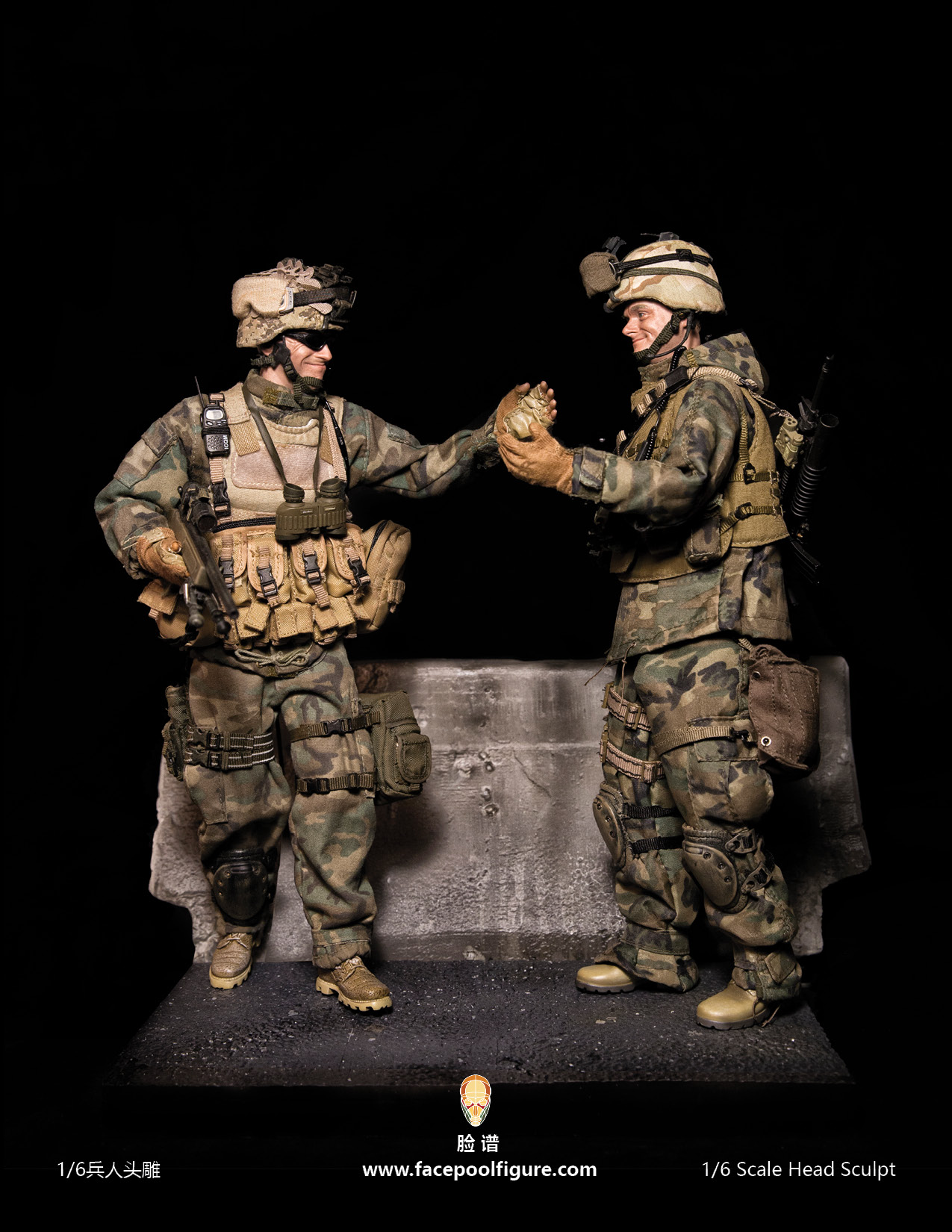 Apart from the 8 emotions on the clock, will you do some special expressions as well? For example a shooter with one eye closed or a character sticking out his tongue etc.

Maybe, we currently have all the heads planned out for 2019, so those heads you describe would probably happen later.

How many products can we expect per year?

Based on our current pace, we will try to do at least 9 heads per year, we are also trying to start other product lines like diorama, but expression head is always our main focus. 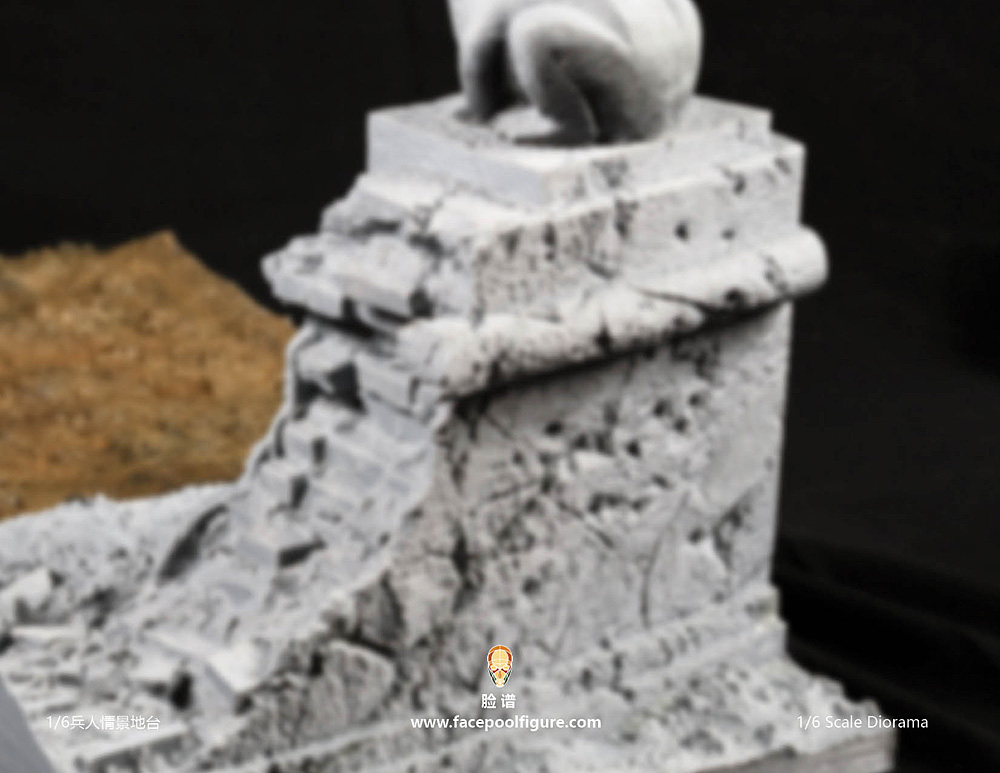 Thank you very much, we are looking forward to the upcoming attractions.

Thank you Action Figure District for doing this interview with us.